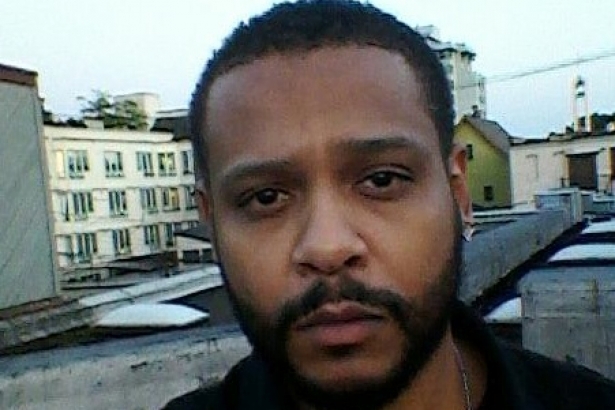 Rodney Watson Jr. is an Iraq War veteran and war resister, originally from Kansas City, who has been living in sanctuary at Vancouver’s First United Church for the past four-and-a half-years in order to avoid deportation by the Canadian government.

Located at the corner of Hastings and Gore, the Church that has taken in Rodney Watson also functions as an emergency shelter in the heart of Vancouver’s Downtown Eastside neighbourhood. Rodney has a small living space on the upper floor.

For refusing to continue participating in the U.S. war on Iraq, he has only been able to avoid deportation by confining himself to the church’s cramped quarters for the past 1,600-plus days. If he were to venture outside, he could be apprehended and deported like other Iraq War resisters.

Anniversary of ‘Shock and Awe’

Rodney’s plight is a local example of the countless ongoing injustices stemming from the Iraq War, which started 11 years ago today.

On March 20, 2003, the most recent U.S. war on Iraq began with missiles launched into Baghdad -- the now infamous ‘shock and awe’ bombing that kicked off an invasion and years-long occupation.

Here in Vancouver, it was still March 19, 2003. I was sitting in a meeting room in the Maritime Labour Centre with about 50 other anti-war activists, debating what to do when the war started. A cell phone rang. After a few seconds a voice shaking with emotion informed the rest of us: bombs were falling on Baghdad. We all got up and arranged rides down to the Vancouver Art Gallery, while somebody sent an email and everybody worked their phones. Within an hour hundreds were mobilized and we marched angrily through downtown Vancouver, ending outside the U.S. Consulate.

On this 11th anniversary of the Iraq War, it’s worth reflecting on the massive human cost of this unjust and illegal war. Because, despite millions dead or displaced by this illegal war, it sometimes seems as though, as a society, we have learned nothing.

The war criminals who launched the war on false pretexts have not been brought to justice. On the contrary, they are living comfortable and opulent lives. Tony Blair jet-sets to visit oligarchs and consult for dictators in every corner of the world; George W. Bush, his international travels at least restricted due to fear of arrest in some countries, sits at home on the ranch and paints. Unlike Rodney Watson, Bush is under no threat of being apprehended. Not one of the key U.S. architects of the illegal war on Iraq has been charged or jailed.

So today we should remember the victims of the Iraq War: the hundreds of thousands dead, the millions made refugees by the war and its fallout, and all those living with the consequences.  In Canada, this means remembering the war resisters among us and those the Harper government has already deported. In Vancouver, a city with a long and proud tradition of welcoming war resisters, this means we must not forget about Rodney Watson.

From Iraq to Vancouver’s Downtown Eastside

On Wednesday, I dropped by First United to visit Rodney, and to ask him for his thoughts on his situation and about yet another anniversary of the Iraq War.

As usual, Rodney greets me warmly. We are both fathers of young boys, and that as usual is where our conversation starts. His son Jordan is now five, and will be enrolling in kindergarten later this year. Rodney often takes care of his son during the day, but they can’t leave the church. He’s never been able to take Jordan to run around a park, or climb on a playground.

As we sit in his room at First United, Rodney recounts his journey from Kansas City to Iraq and finally to Vancouver’s Downtown Eastside. In 2003, when the war started, he was working a well-paying industrial job, but the economic crisis swept through Kansas and he was laid off.

“I come from a military family, and I wanted to do something to help… but basically I got caught up in the ‘economic draft,’ so to speak,” Rodney explains. Other factors also played into his decision, such as the memory of the terrorist attacks of September 11, 2001.

By 2005-2006, he was deployed to Mosul, Iraq, where he lost friends and came to believe he had been sent to Iraq on the basis of lies by the U.S. government. Seeing fellow soldiers who were on their third and fourth deployments because of the ‘Stop Loss’ program, he decided he had to get out.

See more
Stopping the fossil fuel juggernaut in its tracks