Animal advocates believe B.C. fur farming laws swing in the favour of farmers and expose the animals to neglect and abuse. 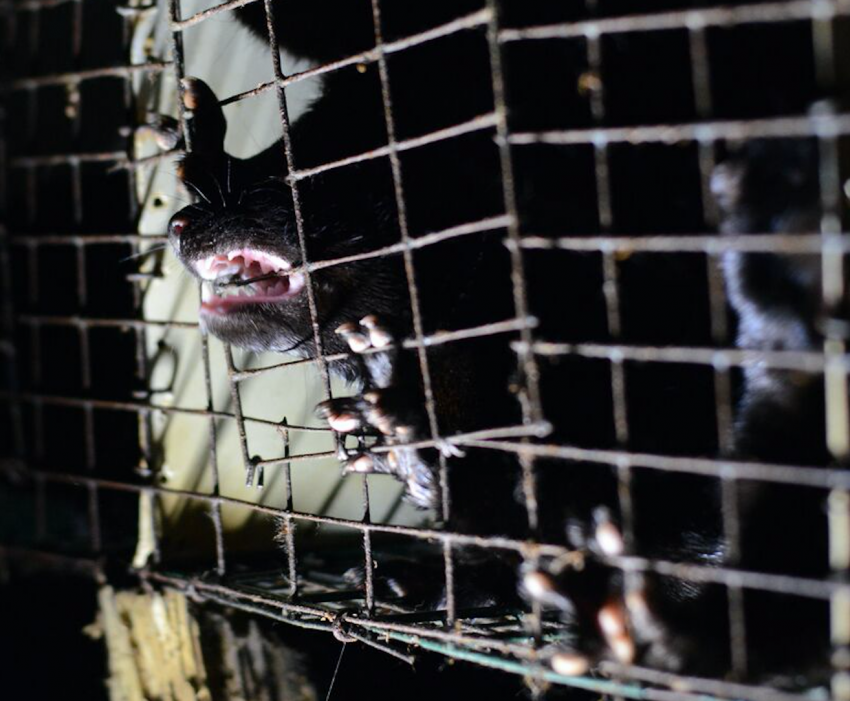 A mink bites at an overcrowded cage on a B.C. fur farm in the Fraser Valley. Photo courtesy of the Association for the Protection of Fur-Bearing Animals.

Animal welfare scientist Sara Dubois was horrified when she first set foot on a fur farm.

In row upon row, roughly 70,000 mink squirmed in cages the size of two shoe boxes as heaps of their own excrement mounted on the floor beneath them. Many were missing limbs, digits and ears, and one animal — mysteriously paralyzed — had to be euthanized on site.

"It was a shocking experience to say the least," she recalled. "There were animals with wounds in a hospital shed that weren't being adequately treated, there wasn't a proper plan of medical care, there was no [health] record of the animals or appropriate euthanasia being used."

Based on this description, Dubois could have been visiting a farm in China — a country notorious for animal cruelty associated with the fur trade.

This animal cruelty investigation which Dubois was part of, however, took place last summer in British Columbia's Fraser Valley.

No charges were laid against the fur farmer in question, and, in accordance with provincial law, he was given time to "clean up his act." He complied, effectively cancelling the cruelty case.

Read more about this investigation on National Observer.