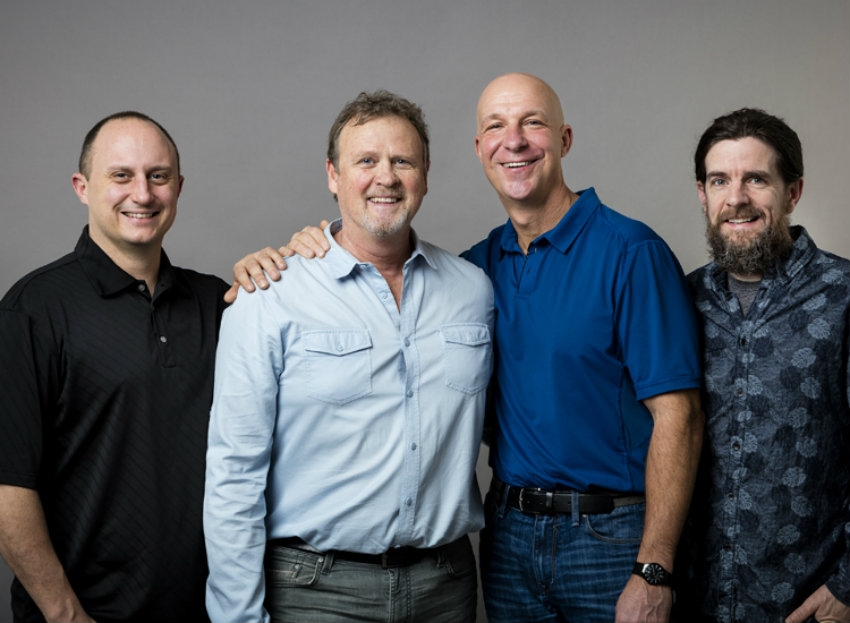 Four B.C. business partners with a flair for movies are headed for Hollywood to pick up the ultimate showbiz prize.

David McIntosh, Steve Smith, Mike Branham and Mike Kirilenko of Aircover Inflatables are being honoured with a Scientific and Technical award from the Academy of Motion Picture Arts and Sciences for their unique movie set invention – a giant air wall. The four innovators have also been lauded as ‘B.C. Job Makers’ by the province.

"Congratulations to Air Cover Inflatables for their Oscar win! The innovative ideas of the four partners have created a growing business in the Lower Mainland and a new product that will be used for years to come in film industry and beyond. This is an excellent example of the innovators that we have here in British Columbia,” said Shirley Bond, Minister of Jobs, Tourism and Skills Training and Minister Responsible for Labour.

The air wall is a system of modular inflatable panels that were first used on the set of Godzilla and are now an industry standard. They have since been used on other film and television productions, including Game of Thrones, Tomorrowland, and Avengers: Age of Ultron.

The air wall panels can be quickly inflated and deflated on location at lengths reaching hundreds of feet to support blue or green screens. They are cheaper than regular walls, cutting down location fees, labour costs, and equipment rentals.

“It was quite a surprise to hear we had won,” said Steve Smith. “I got a call from a friend and now the four of us are going to the Oscars.”

His Aircover Inflatables has now grown to five full-time employees with up to 15 working at busy times. The company has relocated from its old home in North Vancouver to a bigger 15,000-square-foot manufacturing facility on Annacis Island.

The Academy's Scientific and Technical awards honour individuals and companies whose discoveries and innovations have contributed in a significant and lasting way to the motion picture industry.

With files from the provincial government.

And the Oscar goes to ... 4 B.C. key grips for inventing inflatable green screen

Hollywood North gets paranoid about paparazzi