The new cabinet includes two Indigenous MPs, one from Vancouver and one from Nunavut. 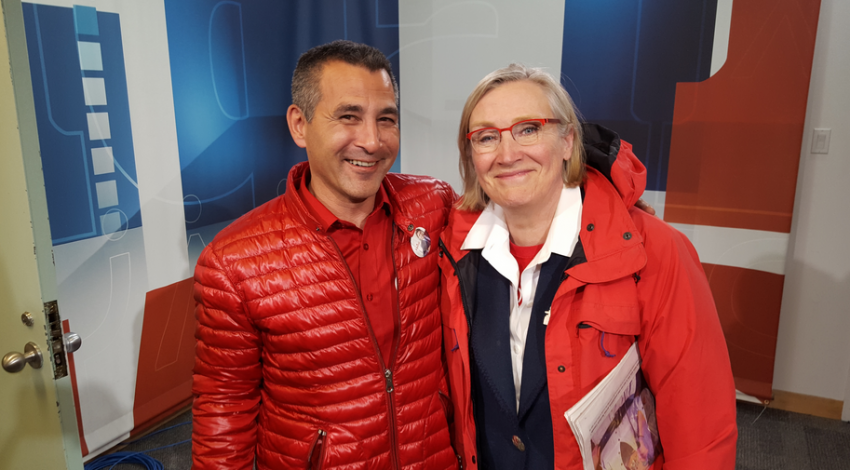 Minister of Fisheries and Oceans Hunter Tootoo, and Minister of Indigenous and Northern Affairs Carolyn Bennett. Photo by the Liberal Party of Canada.

Trudeau’s new ministers — half of whom are women — include a diverse representation of Canadians from every province and one territory, and two Indigenous MPs.

Representatives of the Inuit Tapiriit Kanatami, First Nations Summit, Union of BC Indian Chiefs (UBCIC), BC Assembly of First Nations (BCAFN), and Congress of Aboriginal Peoples all issued statements in support of the cabinet, which has 11 ministers from Ontario, six from Quebec, three from British Columbia, two each from Alberta and Manitoba, and 1 each from Saskatchewan, Nova Scotia, Newfoundland and Labrador, Prince Edward Island, and Nunavut.

“I am encouraged to see the level of diversity and exceptional qualifications of this Cabinet,” said Inuit Tapiriit Kanatami President Natan Obed, who attended the swearing-in ceremony early on Nov. 4.

Read more on this story from National Observer.