"I'm in love with Stephen Harper" 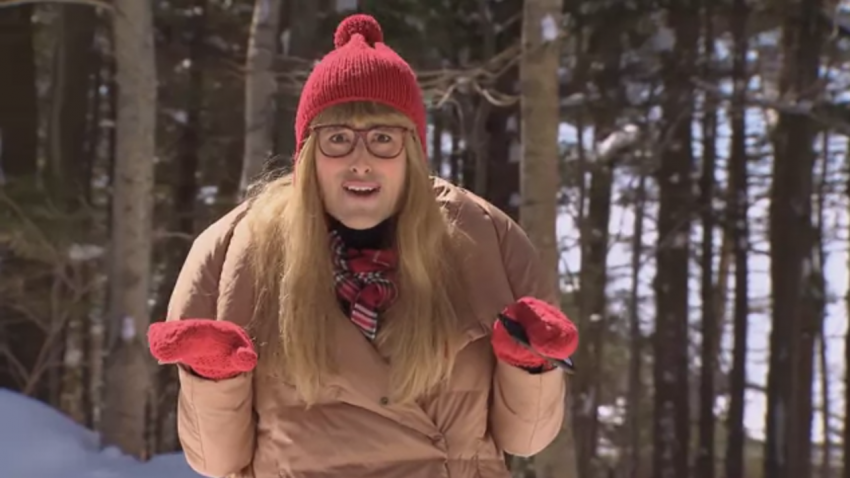 Budget cuts have yet to take away CBC's edge.

In This Hour Has 22 Minutes, Vancouver-based comedian Andrew Barber skewers Harper's policies in a new video explaining why the "bad boy" Prime Minister rocks "her" world.

"My parents totally hate him," Barber gushes, posing as a young woman in a blonde wig and plaid skirt. "In fact, everybody I know thinks he's the worst."

"That's what I love about him! He doesn't care what people think. Like, if he wants to go to Syria, he goes to Syria," he said, referencing the PM's recent decision to order Canadian troops into the Middle East to fight ISIS (Daesh).

"He also knows that returning soldiers don't want to be treated like hobos begging for change. So he leaves them alone, and lets them take care of themselves," he added, in reference to news that a a war veteran who had lost his legs in conflict had his wheelchair taken from him twice, for not submitting enough paperwork for Veterans Affairs' standards.

Dismissing Liberal leader Justin Trudeau as a "pot-smoking pretty boy", Barber rhapsodizes about Harper being a "real man" who will tell women what they can or can't wear, and when to speak -- obvious digs at Harper's "anti-women" niqab comments and attempts to reduce public participation in debating issues like oil pipelines.

Leaving no stones unturned, Barber references the Senator Mike Duffy trial, in which the disgraced Senator took a $90,000 payment from then-trusted Harper adviser Nigel Wright. Although Wright insisted he acted on his own, many suspect the Prime Minister ordered Wright to help Duffy repay the government.

"I know, he's married," Barber laments. "But it we get caught, he'll just blame it on one of his friends, like he always does."

"So, Stephen, call me. Or better yet, just listen in on my phone calls," he purrs, making a parting shot at Bill C-51, which would expand government powers to monitor citizens.
"I know you want to."