Hundreds protest cuts to BC ferries at BC legislature 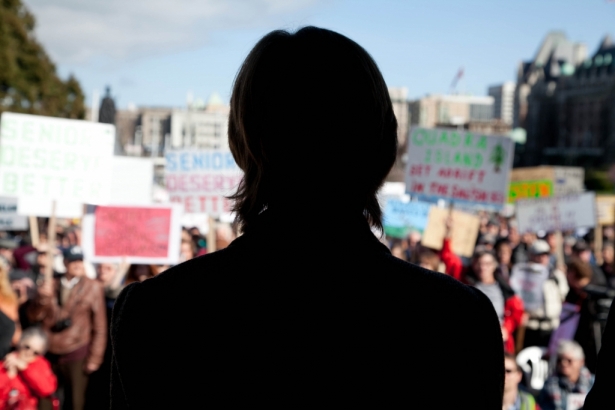 Photo of North Island MLA Claire Trevena speaks to British Columbia residents gathered on the lawn of the BC Parliament buildings to protest cuts to BC Ferries schedules. All photos by Bill Weaver.

Hundreds  gathered outside the BC legislature in Victoria to protest cuts and  fare hikes at BC Ferries.

"Anger and frustration at the ever escalating ferry fares and the proposed service cuts has reached the boiling point," said Kathy Ramsay, a Gabriola Island resident, in the Gabriola Sounder. Ramsay was infuriated last June when BC Ferries stranded her daughter in Nanaimo overnight for being 10 cents short on the fare.

The  ‘Defend Our Marine Highways’ protest is one of the largest protests against BC Ferries to have occurred in years.

Earlier today, the BC government prepared a "fact sheet" in defence of its cuts, claiming that it has challenged BC Ferries to find $15 million in "efficiencies", or reduced costs, through to 2016. The provincial government claimed it was "protecting taxpayers' significant investment" in ferries by reducing the seniors' fare discount and pursuing a project to add gambling slot machines on one of BC Ferries' major routes between Schwartz Bay and Tsawwassen.

But protesters said the province wasn't consulting enough with people who rely on BC Ferries on a regular basis.

"He clearly has no idea what it's like to either run a tourism business nor to travel a ferry nor to depend on ferries for their business," she said in the Courier Islander last month.

"The Minister of Transportation didn't bother going to hear from the affected communities, so I wonder whether he's bothered to read any of the dozens and dozens of letters from chambers of commerce, from tourism operators and from businesses decrying his decision." 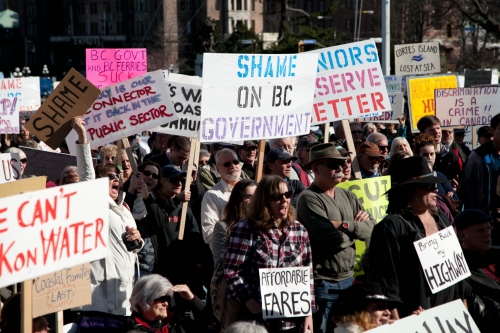 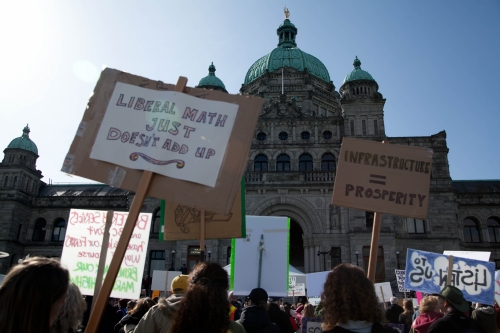