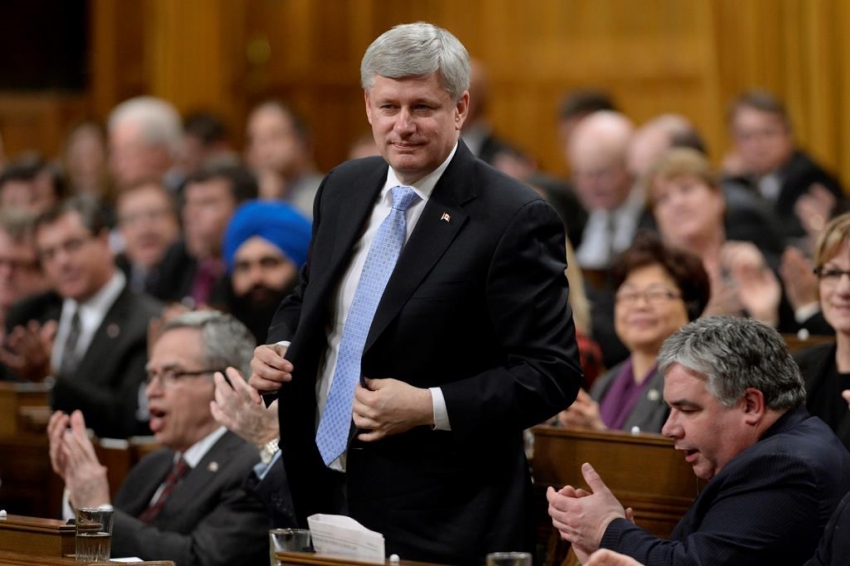 Canadian fighter jets will soon be launching airstrikes in Syria now that the House of Commons has approved the federal government's plan to expand and extend its military mission in Iraq.

Federal MPs voted 142-129 Monday night in favour of a motion extending the mission for up to a full year and authorizing bombing runs in Syria against targets belonging to the Islamic State of Iraq and the Levant.

"While the coalition has succeeded in stopping ISIL's territorial spread, the global threat that ISIL poses remains," Prime Minister Stephen Harper said in a statement after the vote.

"In particular, we cannot stand on the sidelines while ISIL continues to promote terrorism in Canada as well as against our allies and partners, nor can we allow ISIL to have a safe haven in Syria," Harper said.

Up to 69 special forces advisers will also remain in the region to advise and assist Kurdish peshmerga forces in their efforts to beat back the advance of ISIL militants.

Neither the NDP nor the Liberals supported the original mission, nor its extension, arguing the government had not adequately made the case for going to war in the first place and in the six months since, haven't been honest with Canadians about the mission's true scope.

The New Democrats had sought to amend the motion to remove Canadians from combat and refocus all the government's efforts on humanitarian work. Their amendments failed to pass.

On Tuesday, diplomats from around the world are set to meet in Kuwait to focus on collecting the billions the UN says it needs to ease the humanitarian crisis in Syria alone, where 200,000 people have been killed and millions displaced by the ongoing civil war under President Bashar Assad.

The Conservatives say allowing Canadian fighter jets to bomb ISIL targets within Syria would not prop up Assad. Islamic State fighters are using the eastern part of that country as a base and cannot be allowed to do so, they argue.

The government's premise that those strikes are legal because they are in Canada's self-defence does not hold water, the opposition says — an argument supported by the fact no other Western nation besides the U.S. is involved there.

"This is a serious ethical problem for Canada. Dismissing it betrays the government's lack of knowledge about a region that could suck Canada into decades of conflict," said NDP Leader Tom Mulcair during the debate Monday.

"The prime minister tells Canadians that we can either bomb Iraq and Syria, or sit on the sidelines. That's a false choice."

Liberal MP Irwin Cotler, well-respected by all MPs on matters of international law and human rights, abstained from the vote in part because of the government's Syrian approach, as he did this past fall.

"I remain unable to support the government in this matter because its proposed expansion of Canada's mission continues to allow Assad to assault Syrian civilians with impunity," he said in a statement.

Former Liberal MP Scott Andrews, now sitting as an Independent following his expulsion from caucus over allegations of sexual harassment, broke ranks with his former party and voted with the Conservatives in favour.

The extended timeline for the mission is in part so that a renewal wouldn't come during this fall's federal election.

Should they form government, the NDP have said they'd immediately pull Canada out of the bombing campaign, and Liberal Leader Justin Trudeau has said he would do the same.

The Liberals, would, however, increase the number of soldiers sent to train Iraqis to fight ISIL.

But with no clear end goal for the bombing mission, Trudeau said Monday, it's not one his party can support.

"Will our involvement in this mission end next March, or was the foreign affairs minister being more truthful when he explicitly compared this war to Afghanistan, saying that we are in this for the longer term," Trudeau said.

"We cannot allow rhetorical appeals to moral clarity to disguise the absence of a plan."

There was no obligation for Parliament to vote on the mission before it began, but the Harper government has made it a practice to hold a vote prior to military deployments.

"We thank Canada for its continuing contribution to the anti-ISIL coalition," said Bruce Heyman, the U.S. ambassador to Canada in a post to his Twitter account.