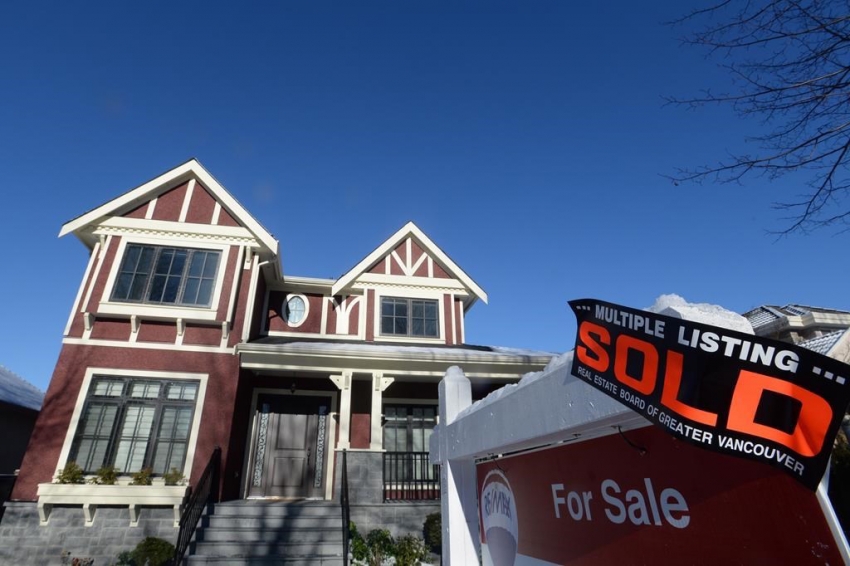 Home sales in Metro Vancouver last month dropped by almost 40 per cent from the year before with the sale of detached houses falling hardest.

The Real Estate Board of Greater Vancouver says the townhome and condominium markets are more active than sales for detached homes.

Board president Dan Morrison says it has been a "lukewarm" start to the year.

"While we saw near record-breaking sales at this time last year, home buyers and sellers are more reluctant to engage so far in 2017," he said in a statement.

Sales last month were also down about 11 per cent from December, when about 1,700 homes sold.

The benchmark price for detached properties was about $1.5 million in January, down 6.6 per cent over the last six months. The board says townhouse and condominium prices have remained steady.

The B.C. government brought in a 15-per-cent tax on foreign buyers in the Vancouver area last August but some analysts have said the market was already showing signs of softening after months of scorching sales.

Last month, provincial government data showed a steep drop in real estate transactions in the Vancouver area after the tax came in.

Tax revenues from property transfers in Metro Vancouver indicate there were almost 15,000 transactions in a seven-week period ending Aug. 1, but the number declined to a low of about 4,700 in October.

The number of foreign buyers fell from about 1,970 in the period ending Aug. 1, to 60 in the rest of August. In November, about 200 property transfers involved foreigners.

The board says the number of new listings for detached, attached and apartment properties also dropped by almost seven per cent last month compared with January 2016. The inventory of homes listed for sale grew by about 14 per cent in January compared to December.

B.C. to bring in a 15 per cent additional real estate tax on foreign buyers

BC Housing
The Canadian Press

A fund to combat housing unaffordability in B.C.