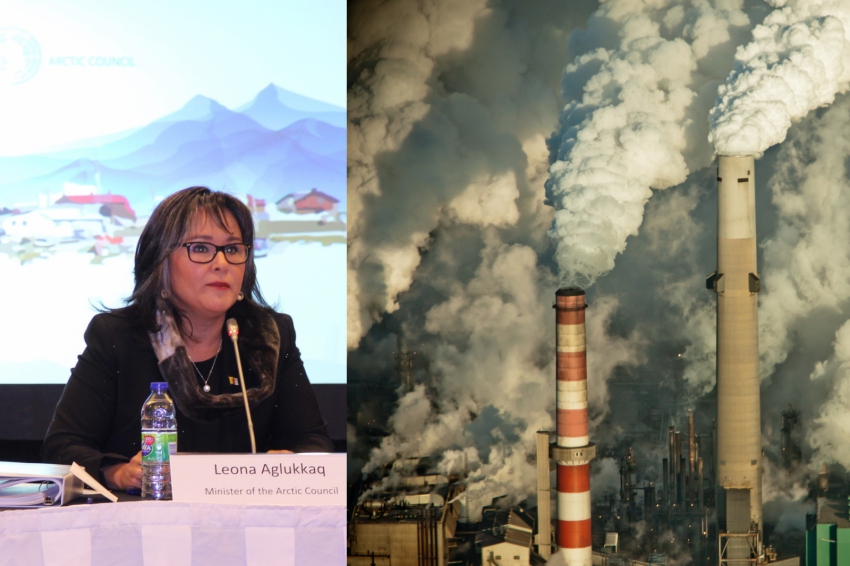 The Harper government boasted about its much-criticized efforts at fighting climate change, when asked to respond to the news from NASA on Friday that 2014 was the hottest global temperature year on modern record.

The office for Canada's Minister of the Environment Leona Aglukkaq said that national emissions have actually dipped five per cent below 2005 levels, while the economy grew 11 per cent.

"We will continue to take action to reduce emissions without damaging the economy like the Liberals and the NDP would do with their job-killing carbon tax," wrote Minister Aglukkaq's spokesperson Shane Buckingham on Friday.

The Harper government, seeking to extend its 10-year reign in power in an election this year, said its "balanced sector-by-sector regulatory" approach to reducing emissions is working.

The trouble is, her staff at Environment Canada have forecast the country's global warming emissions to rise significantly with the growth in Canada's oil and gas sector. The department reported in December that it predicts Canada will have no chance of meeting its Copenhagen target for reducing emissions by 17 per cent by 2020.

SFU climate economist Mark Jaccard also said most of Canada's downward force in emissions was due to Ontario's move to close coal-fired power plants — not the Harper government's efforts, he suggested Wednesday.

Conservatives have also moved to significantly speed the approval of major oil and gas pipelines. New rule changes for National Energy Board hearings limit the length of time a hearing can go. They also deny those who want to speak up about climate change and "downstream impacts."

The Liberal environment critic also says that if Justin Trudeau were to become Prime Minister (and the leader has been polling highest in national popularity recently), the party would set national targets for cutting emissions, and let provinces decide if that's done with a carbon tax or a cap-and-trade system.

"So if B.C. wants a carbon tax, and Quebec wants cap and trade, that's fine," said John McKay, a Toronto area Member of Parliament on Friday.

“It’s the Liberal party’s policy to price carbon. We think the provinces need to be encouraged, not discouraged," he added.

"We will eliminate the billion-dollar subsidies to the fossil-fuel industry and reinvest this money in environmentally sustainable initiatives."

But the Green Party is pitching that it is the only party that can be trusted on the climate file.

Newly minted candidate Green candidate Lynne Quarmby— the SFU scientist who rose to prominence during the Burnaby Mountain pipeline protest— said the party sees itself winning "at least six seats" and the balance of power in the next government.

"So our conditions for working with any of the other parties are two: proportional representation, and secondly, real action on climate change," said Quarmby.

She said Greens seek to implement a "fee and dividends" plan to slash global warming emissions.  With this system, companies would have pay to pollute, and the money collected would go to things like "cleantech" and alternative energy, she said.

She added that NASA's "hottest year" announcement will give climate change far more focus in the 2015 election.

NASA and NOAA said Friday that the 10 warmest years on record, with the exception of 1998, have now occurred since 2000.