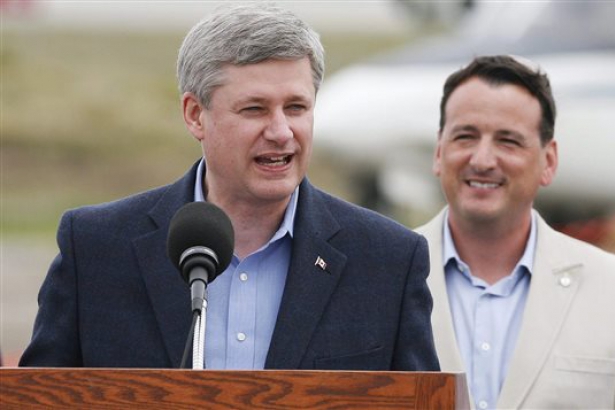 Federal Natural Resources Minister Greg Rickford announced the decision on the deeply controversial Enbridge Northern Gateway pipeline in a new release this afternoon. Neither were available for questions today and did not make the announcement in person. The release read:

"The Honourable Greg Rickford, Canada's Minister of Natural Resources, today issued the following statement outlining the Government of Canada's decision after the Joint Review Panel's independent review of the Northern Gateway Pipelines proposal to construct and operate two parallel pipelines to transport crude oil between Bruderheim, Alberta and Kitimat, British Columbia, and a marine terminal at the port of Kitimat. The proposal was submitted by Northern Gateway Pipelines Limited Partnership to the National Energy Board (NEB) for an environmental assessment and regulatory examination in 2010. This constituted the beginning of the regulatory process.

"The Joint Review Panel for the Northern Gateway Project was an independent body established by the Minister of the Environment and the National Energy Board to review the project. The Panel's rigorous science-based review included feedback from over 1,450 participants in 21 different communities, reviewing over 175,000 pages of evidence and receiving 9,000 letters of comment. The NEB is responsible for regulating some 73,000 kilometres of pipelines transporting crude oil, natural gas and petroleum products across Canada.

"Today constitutes another step in the process. Moving forward, the proponent must demonstrate to the independent regulator, the NEB, how it will meet the 209 conditions. It will also have to apply for regulatory permits and authorizations from federal and provincial governments. In addition, consultations with Aboriginal communities are required under many of the 209 conditions that have been established and as part of the process for regulatory authorizations and permits. The proponent clearly has more work to do in order to fulfill the public commitment it has made to engage with Aboriginal groups and local communities along the route."

The National Energy Board will now issue Certificates of Public Convenience and Necessity."