Vancouver South Liberal candidate Harjit Sajjan says there should only be one winner in the 2015 election, but it's not who you think it is. 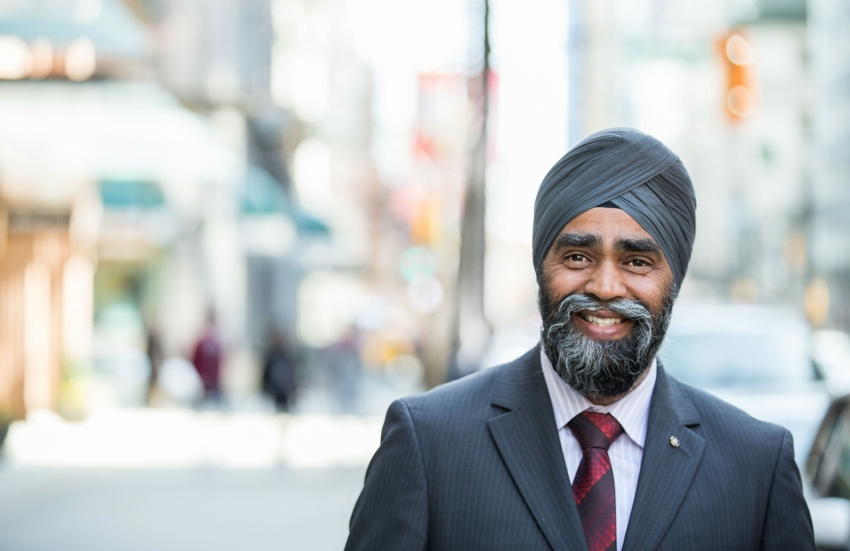 Harjit Sajjan was a Grade 9 student at Sir Charles Tupper secondary when a teacher engaged him in conversation about the Royal Canadian Navy and the role of Sikh soldiers in World War II.

The teacher asked him what he wanted to be when he grew up, and Sajjan, no more than 15 years old, sheepishly replied something about being a pilot, followed by something about not being smart enough.

“Why not?” the teacher asked.

It was a question Sajjan had never really considered before, and it was also a day that changed his life. He switched schools, found a new group of friends, and upon graduating from high school, joined the Canadian Forces as a reservist.

“I realized that I’ve always wanted to be the person who helped other people,” he said from his election office on Victoria Drive. “Once I got that bug, I really wanted to do something for people on a practical level.”

Today, Sajjan is a decorated soldier, a combat veteran, and a former Vancouver Police detective. He’s also the Liberal candidate for Vancouver South in Canada's 2015 federal election, and believes politics is the next step in his commitment to community service.

“Through all my military and policing, I realized that when you see a problem right in front of you, you have to do something about it,” he explained.

“As much as I love the hands-on practical work… I’ve realized now that I do have a skill set and experience, and if we can influence policy, we can prevent a lot of problems from happening in the first place.”

His strategy — prevent problems from happening — is the result of years of work in conflict zones, and time spent as with the VPD’s Gang Crime Unit. He believes solutions come from understanding the causes of a problem, a formula he has tested on the battle field.

“We looked at preventing recruitment into the Taliban while we did the fighting,” he said of his deployments in Afghanistan. “Everything is connected whether it’s your society, your business, or your government.”

Bringing the concept to a local level, Sajjan said as a member of parliament, transforming youth in his riding would be one of his major areas of focus.

Years later, as a police officer in Vancouver South, he had the opportunity to examine these challenges through a different lens, and interact with youth who face them today.

“I realized the same challenges that we faced still existed, so if we did a little bit just to mentor the next generation, you can actually prevent them,” he explained.

“If we focus on our kids and make sure they’re inspired, they have the right resources moving forward; imagine what they can do down the road.”

It’s all about the ‘ripple effect’ he said — creating a series of positive changes that grow bigger and bigger with time.

Desire to start one may be the reason Sajjan is running for election, but at the end of the day, the candidate said he won’t be asking for anyone’s vote. When he goes door-knocking, he merely asks people to get to know him and the other candidates as well.

“I didn’t get into politics to create a name for myself,” he explained. As long as the person who wins represents the best interests of the public, Sajjan said he won’t be disappointed if it isn’t him.

“If I felt there were a better candidate in Vancouver South I wouldn’t be here, because ultimately that’s what you’re trying to do,” he said. “There should only be one winner in this and that’s the people.”