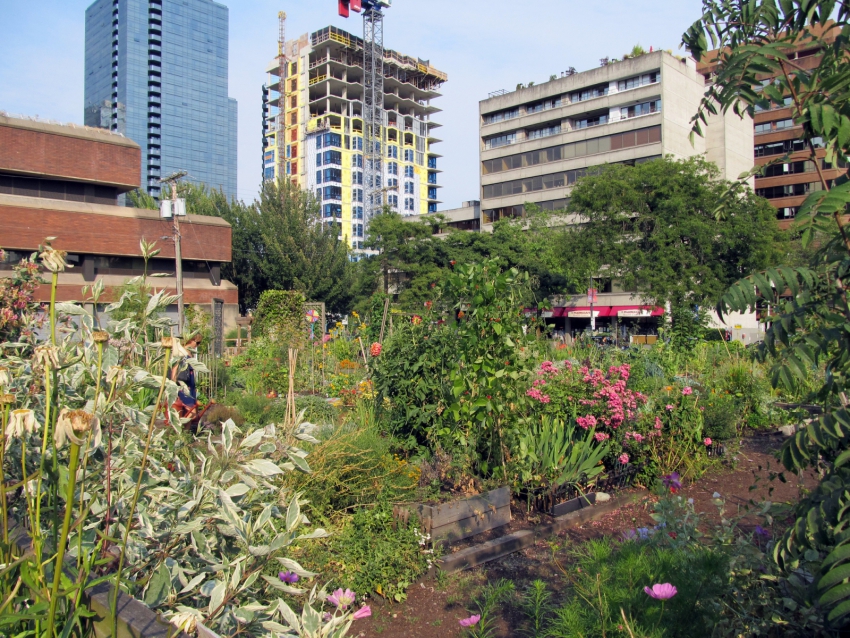 Councillor Andrea Reimer remembers the days when she was executive director of the Wilderness Committee, and marvels at how different things look on the other side of City Hall.

"It's such an amazing thing to be able to take issues you've been working on for 20 years, and sit in a room and vote for them," she said. "We just voted to give Vancouverites a right to healthy environment. It's a very different experience from the outside trying to talk to a government that isn't interested in trying to change the world in that way." 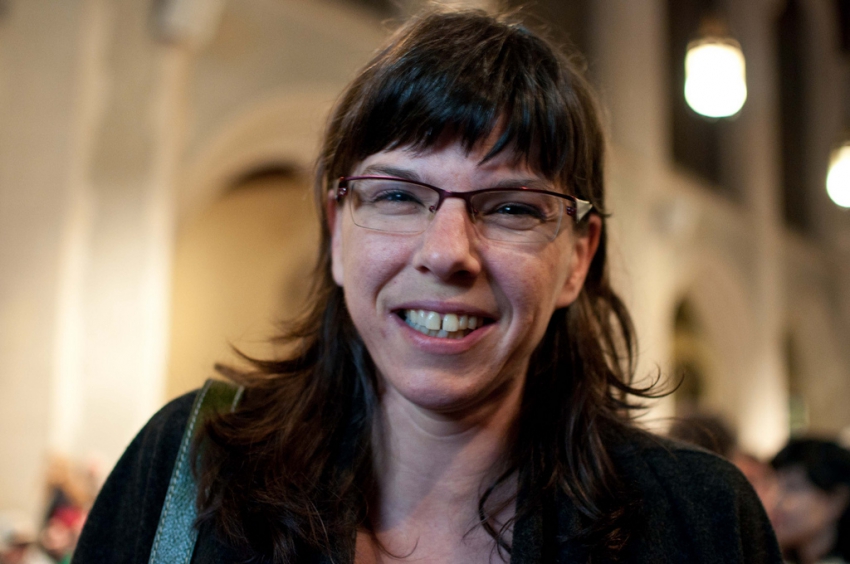 Andrea Reimer photo by Ariane Colenbrander via Flickr Creative Commons
Since being elected as councillor, she's worked on a wide scope of issues, notably on the Greenest City Action Plan: a multi-faceted behemoth of a project with the goal of making Vancouver the world's greenest city by 2020. It's tackles everything from zero waste to green economy and local food, and involves the input of 180 organizations and 35,000 residents. Farmers' markets, public transit, building codes and bike lanes are just part of how the City plans to reach that goal.
"We started in 2009, and I remember the first two years I really thought I was going to put my head through a wall because it just felt so slow," she said. "Yet in the last two years, suddenly numbers are moving in double digits...Literally over 2,000 people have contacted us, asking: how do we make this happen in our city?"
Since 2008, Vancouver increased the number of local food assets (community gardens, farmers' markets, urban farms) by 30 per cent, slashed its water use by 18 per cent, has 3,200 new local food and green jobs, and cut back its waste toward incinerators and landfills by 12 per cent. On the advocacy front, the City officially came out against the Kinder Morgan pipeline expansion project. The Action Plan has won multiple awards, including the Green Champion Award in 2014, and Best Overall Policy in Global Leadership award in 2013.
Reimer acknowledges that the plan hasn't been without hiccups. Bike lanes, for example, have sometimes stirred up angry dissent, but Reimer says the plan is achieving its goals in increments.
"What I found is that when you're in advocacy of any kind, you get to work on issues you're 'right' about. My life in as an advocate revolved around that," she said with a quiet laugh. "But in government, a million things are coming at you and some of them, there's not ever truly a 'right' answer. Of the available 'not-wrong' answers, none of them work for everybody. It's a challenge."

A faster path to sustainability

Reimer said historically, it was left up to individual councillors like Gordon Price of the NPA, or David Cadman of COPE, to push for greener policies. But in the years there weren't such advocates, she said, there was "total silence" on environmental issues. That, she said, all changed after Vancouver elected a mayor who was "willing to put a name behind the concept of environmental policy."
Although the plan has made progress since 2008, some critics argue the pace of change has been far too slow.
"I was attracted to run for City Council in 2011 because of Vision's Greenest City initiative," Green Party councillor Adriane Carr told The Vancouver Observer. "But we're not heading down that path as quickly or smartly as we should."
Carr, a former deputy leader of the federal green party and spouse to a co-founder of the Wilderness Committee's, has a long track record of working on sustainability in politics. 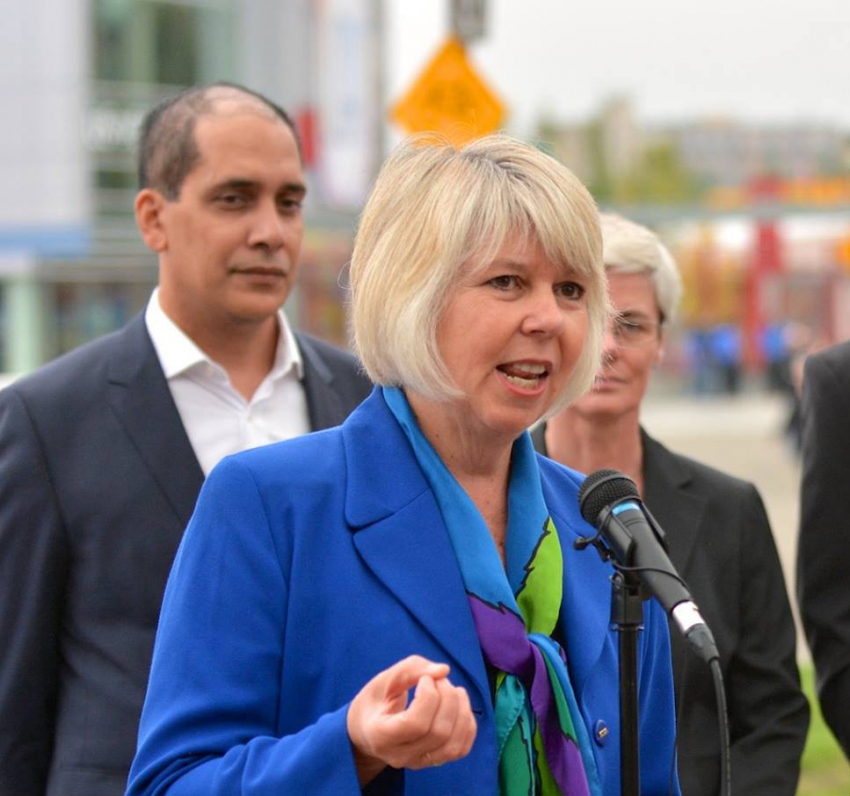 Even some have criticized Visions' green "ideology" during this campaign,Carr thinks the majority of Vancouverites would actually support more ambitious green practices if the City pushed for it.
"My goodness, we're the home of David Suzuki and the birthplace of Greenpeace. People love this city because of the healthy environment here," she said.
Of all the issues in the city, she sees changing building practices as unavoidable in achieving the Greenest City goals.
"One of the most important things we need to tackle is reducing our greenhouse gas emissions and one of the biggest contributors -- the biggest sector for contribution -- comes from building," she said.
Even though Vision has focused on the LEED Gold green standard, Carr said developers should be guided toward the more rigorous Passive House standard, as some European cities have done. Although the Greenest City 2020 Action Plan does require all buildings constructed from 2020 onward to be carbon neutral in operations, she says they could already be working with developers toward that goal, demanding that buildings already have solar systems installed, rather than making them solar panel-ready.
Reimer admitted that with LEED, some companies have tried to "pick up points" through landscaping initiatives, without really improving energy efficiency. She said new building codes that require and impose energy efficiency are already on course to be implemented in the next two months, then more updates with the goal of reaching carbon neutral, Passive House standard -- if Vision gets re-elected.
"I know the first five years have been frustrating for builders that are way ahead of the curve because it takes time to catch up," she said. "But we've been working on collaborative approaches. We could pass the Passive House bylaws tomorrow, but if you don't have builders on board, you create a massive shock to their system too. It's not good economically or environmentally."
Carr argued that Vision should be working toward becoming a "genuinely green" city rather than the greenest, and focus more on substance than winning awards. She also criticized Vision and the NPA for rejecting her motion to include a plebiscite question the Kinder Morgan pipeline expansion on the election ballot, saying Vancouverites could have been trusted to vote "no" to the project.
That said, Carr believes the having the Action Plan as a whole has been positive for the city.
"I think the very fact there is a focus and a discussion happening about being more green is good...the fact that there are more community gardens, more farmers' markets, more community kitchens, more programs in schools teaching kids how to grow and cook food. I think the push to move Vancouverites toward transportation which is focused on walking and cycling and transit, with the goal of two-thirds of those trips by 2050 by non-car is a good goal. I just don't think [City] has been practical enough in reaching those goals."
Read More:
Share on Facebook Share on Twitter