The Great Wall of Gateway: a citizens' vote promised to kill Enbridge pipeline

Expect a Citizens' Initiative vote in B.C. to force government to kill Northern Gateway, if feds approve it on Tuesday. 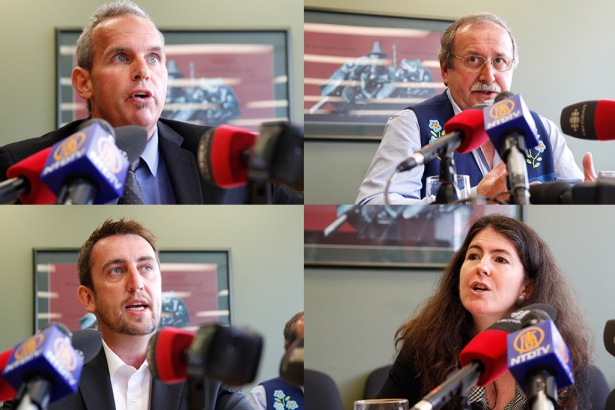 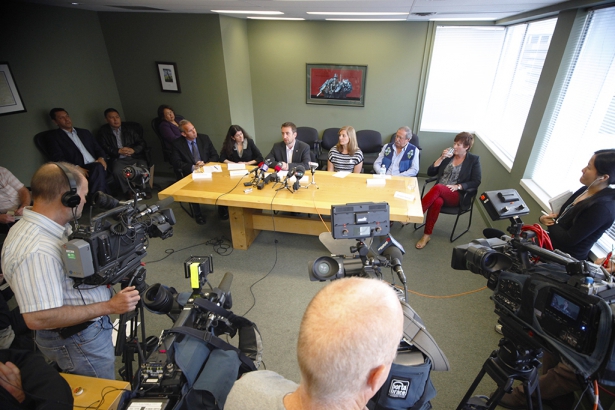 On the eve of the Prime Minister’s decision on Northern Gateway, a wall of B.C. groups opposed to the oil sands pipeline presented a united ultimatum on Monday: pass the controversial $6.5 billion project, and expect a citizens’ vote in B.C. in September to kill it.

“This is about democracy,” said Will Horter, executive director of Dogwood Initiative.

“We’ve got 130 First Nations who are saying ‘no way José – we don’t want this project.’

“We’ve got two out of three British Columbians [against],” said the environmental advocate, at a Vancouver press conference.

“Yet we’re poised upon a decision where we’re questioning whether or not our federal government is going to force this project on us with an approval tomorrow or later today,” he added.

So Horter and a coalition of enviro, Aboriginal, citizen and legal advocate groups are now preparing to launch a rarely used legal tool to force a province-wide vote on Northern Gateway if the federal government passes it, and Premier Clark does not stand in the way.

“We hope that she will live up to that commitment, but if she doesn’t, we have this unique tool in British Columbia called the citizens’ initiative.“ 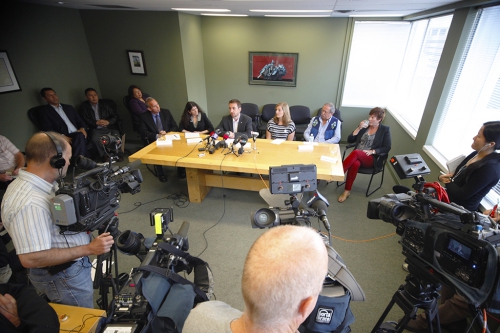 The "citizens' initiative" is the same tool that was used successfully to kill the Liberal government’s Harmonized Sales Tax (HST) in 2010.

The political pressure led to a reinstatement of the PST, and to the eventual resignation of Premier Gordon Campbell.

"Well I think if there's a referendum - that's up to them, the public, to decide.  So I'll let that unfold as it may.  It's not for me to interfere in a public referendum process."

"Enbridge has not met them yet, and they need to if they will be approved by our province," said Clark, in a media scrum Monday.

An Enbridge communications manager told the Vancouver Observer that he expects the federal decision will be made from Ottawa on Tuesday.

Described as a “democratic insurance policy” -- a citizens’ initiative has been applied for just nine times in the past.  The HST vote was the only successful one.

If more than 50% of B.C. voters pass a citizens’ initiative vote in at least two-thirds of electoral districts, a law must be introduced into the legislature.  The House ultimately decides whether to make it law.

The next opportunity to have a vote is September 27, 2014, according to Elections BC. 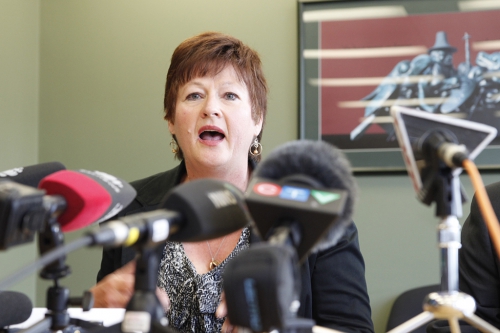 Patricia Lange, of Douglas Channel Watch, knows a thing or two about citizen votes.  Her northwest BC coastal community of Kitimat voted 59% in opposition to the Northern Gateway project in an April plebiscite.

"Enbridge came into our community and swept it like a SWAT team," she said.  "They had bottomless pits of savvy marketing schemes, and we started out with $200 in the bank."