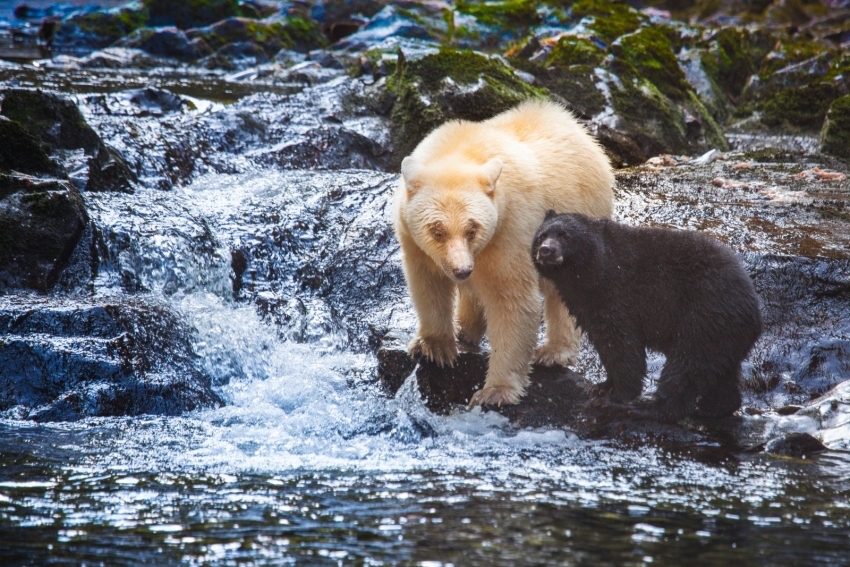 As part of their upcoming Royal Tour, Their Royal Highnesses the Duke and Duchess of Cambridge will officially endorse the Great Bear Rainforest under The Queen's Commonwealth Canopy initiative, Premier Christy Clark confirmed today.

The Great Bear Rainforest was originally established through land-use decisions first announced in 2006. Earlier this year, after extensive discussions with First Nations and stakeholders, a final ecosystem-based management system was agreed to and additional new areas will be protected.

Under the Great Bear Rainforest land use order, 85% of the forest is now protected and 15% will be available for logging, supporting local jobs. The area available for logging is under the strictest logging rules in North America. The Great Bear Rainforest is globally recognized for its unique biodiversity and is one of the largest intact tracts of coastal temperate rainforest in the world.

"We appreciate the recognition of The Queen's Commonwealth Canopy, said Dallas Smith, president, Nanwakolas Council. "We are pleased that our years of hard work and leadership are being showcased as a positive example of how to do things right for the Great Bear Rainforest ecosystem and the peoples that are a part of it."

The Great Bear Rainforest covers 6.4 million hectares on British Columbia's north and central coast, and is home to 26 separate First Nations. Ecosystem-based management in the area is defined as "concurrent achievement of high levels of ecological integrity and high levels of human well-being."

Agreements were reached between the Province of B.C., Coastal First Nations and Nanwakolas Council for management of the area, based on recommendations submitted by three environmental groups (Greenpeace, Sierra Club BC and Stand) and five forest companies (BC Timber Sales, Catalyst Paper, Howe Sound Pulp & Paper, Interfor and Western Forest Products).

Said Steve Thomson, Minister of Forests, Lands and Natural Resource Operations,"The Great Bear Rainforest is globally unique and the collaborative process that led to the final balance between environmental needs and the needs of people living in the area is also globally unique."

Chief Marilyn Slett, president, Coastal First Nations said, "It is an honour to be recognized for the work we have done to ensure our lands, waters and resources are protected - the place called the Great Bear Rainforest and home of our respective territories. We have a collective responsibility to restore responsible land, water and resource management approaches that are ecologically, socially and economically sustainable in our territories."

The management regime for the Great Bear Rainforest successfully developed in collaboration with First Nations, industry and environmental organizations, provides an example that other Commonwealth countries can look to when pursuing their own forest conservation agendas. The society is proud of this important Commonwealth initiative, conceived in The Queen's name and honouring Her commitment as Head of the Commonwealth."