“It’s official - the war is on!" said Grand Chief Stewart Phillips with a smile, to the cheers of a thousand-plus people. Street dances ensued. 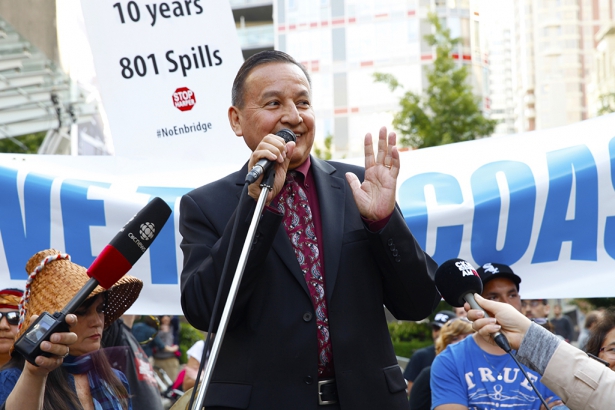 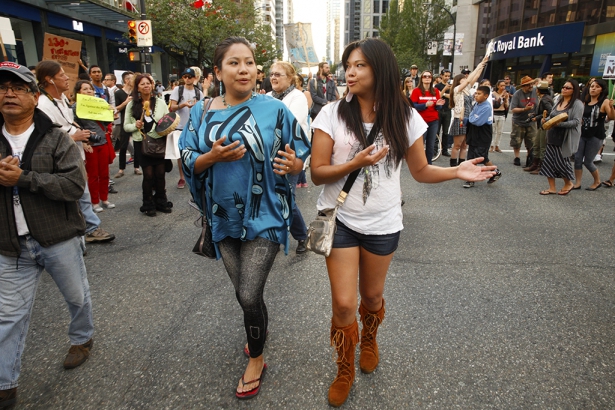 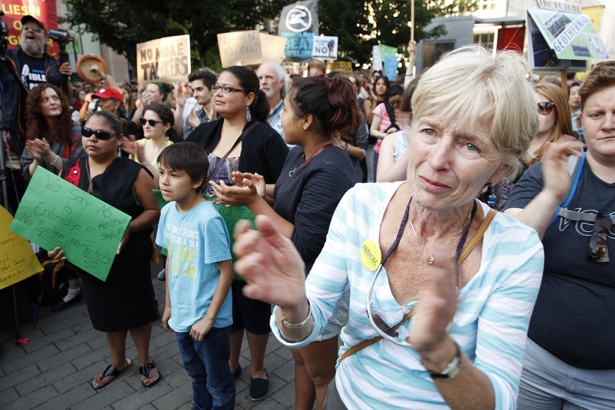 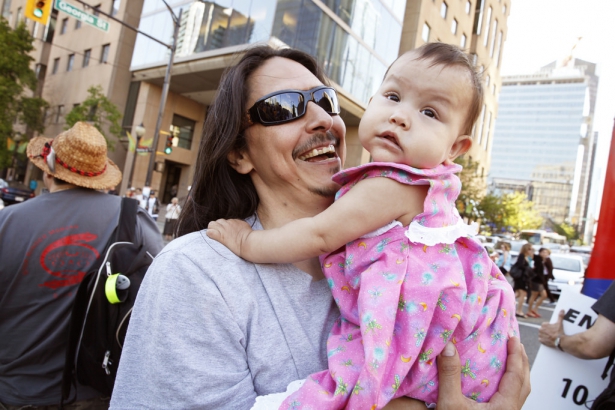 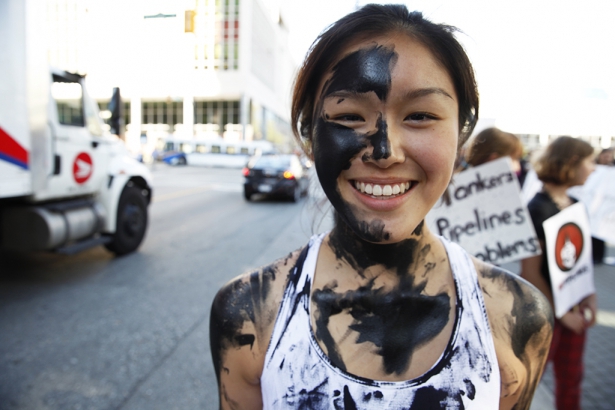 Tuesday night, UBCIC Grand Chief Stewart Phillip said he declared "war" on Enbridge and the Harper government -- but by the looks on his face and those of others, the moment seemed an unusually joyful one.

“It’s official - the war is on!” said a smiling Phillip, followed by thunderous cheers of more than 1,000 gathered outside the CBC building in Vancouver.

Perhaps the smiles were because the release of anticipation was finally over.

For five years plus, opponents to the Northern Gateway pipeline have met, attended rallies, given speeches, appeared at federal hearings, followed the news, and just liked Facebook pages -- all the while, not knowing for sure if this toxic bitumen pipeline would be approved.

But Tuesday, the battle lines were made clear.

A no-fan fare press release (with no Harper cabinet ministers appearing on camera) confirmed the federal Conservatives want this $6.5 billion pipeline.  The people gathered, and many British Columbians, do not.

“Today, the Harper government, in its usual thuggish and bullying manner, and its usual cowardly fashion… has declared war on everything that British Columbians hold near and dear to our hearts,” said Philips.

“It’s the most beautiful place in the entire world to live…the Harper government has dismissed all of our collective interests in lieu of corporate greed, profiteering, and continues to kiss up and suck up to Big Oil.”

Philips said that five First Nations law suits were about to hit the court dockets, and several more are to come.  But he said, "direct actions" will be needed to stop the pipeline too.

“It will not be the voice of lawyers that will defend the future legacy of our children and grandchildren – rather it will be what we as indigenous people, as British Columbians, collectively standing up in solidarity, side-by-side to fight and protect what we all treasure in this province – the lands and the waters.”

Despite the tough talk, the mood remained jubilant, as speaker after speaker rallied for action. 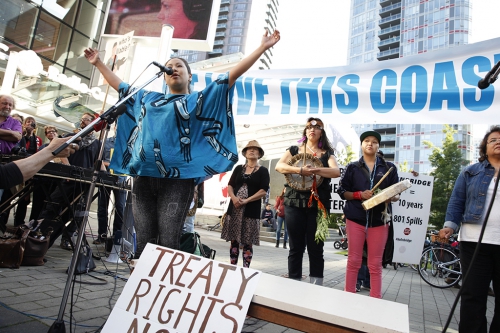 "We have to get up and speak the truth and tell them, ‘you cannot clean up an oil spill in Kitimat!’" yelled Nahanee, into the mic. 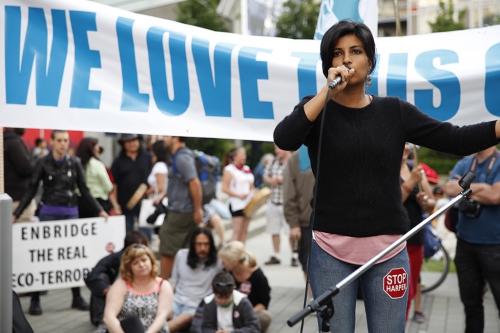 While Anjali Appadurai, a campaigner with Climate Justice likened the Northern Gateway "struggle" to other energy and justice battles around the planet.

"It's the same story as those environmental defenders in Nigeria who tried to oppose Shell, but were killed."

"It's the same story as those in India where they are building big dams that would displace 50 million people, displaced by dirty energy and big dams.

Stealing the show though was a very self-assured 13-year-old singer-songwriter named Ta'Kaiya Blaney from the coastal Sliammon First Nation. 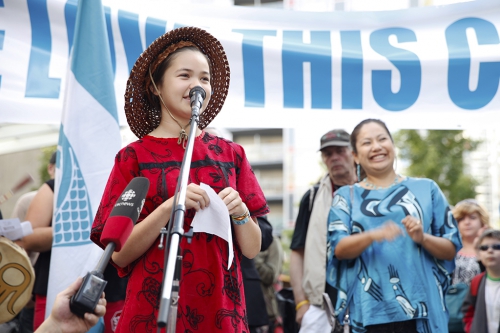 The Great Wall of Gateway: a citizens' vote promised to kill Enbridge pipeline