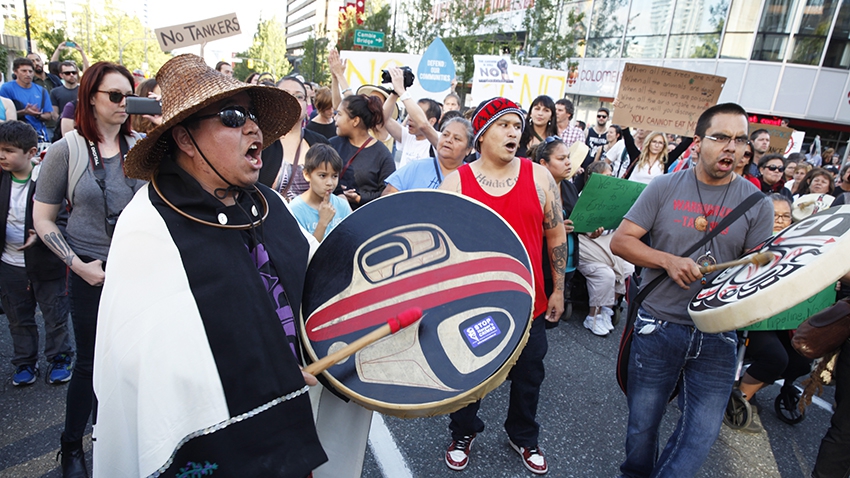 A damning email obtained by a northern B.C. First Nation shows the federal government's own staff had serious concerns about the crown's consultation process with First Nations.

“First Nations were not involved in the design of the consultation process,” an Environment Canada representative wrote in 2009.

It was just one of several concerns raised by Environment Canada staff when asked to comment on First Nation consultation for Enbridge's Northern Gateway Pipeline Project, according to internal government emails.

In the email obtained by the Haisla First Nation through an Access of Information request, government staff said they “remained concerned with the proposed approach to consultation" and that the government's approach provides "limited or no opportunity for responsible authorities to engage with Aboriginal groups” until after the Joint Review Panel's report is completed.

The list of concerns ends by saying that “while the approach identifies an opportunity to consult on the recommendations, it is not clear that it would meet the honour of the Crown duty.”

“[The email] confirmed what we've been saying since 2009, that the processes put in place did not adequately address our rights and title interests,” he told the Vancouver Observer.

Ross said he hopes that these emails will not only help them win in their court case against Canada, but also prove they were right to denounce the consultation process around Northern Gateway.

“I hope that people realize that what we've been saying since 2009 regarding title and consultation, we were correct all along,” he said. “We are not the only ones who think that way. Canada's own administration thought this as well.”

The Northern Gateway Pipeline Project proposes the construction of two pipelines that would run 1,178 kilometres from Bruderheim, Alberta to Kitimat, British Columbia, through the traditional territories of some northern B.C. First Nations. The estimated cost of the project is $7.9 billion.

The Haisla, along with seven other First Nations, are challenging the Government of Canada’s decision to approve the project through judicial reviews filed in the Federal Court of Appeal, on the basis of inadequate consultation.

Environment Canada's email, dated September 1, 2009, was released nearly four years after the access to information request was first filed by the Nation.

Another email, this one by Transport Canada, was also obtained by the Haisla Nation through the Access of Information Act. Dated August 31, 2009, the message identifies more concerns regarding the consultation process.

“The consultation plan as written does not appear to be flexible enough to account for changing circumstances and incoming information,” it states.

Both emails were sent to the Canadian Environmental Assessment Agency in response to a request for comments on the approach to Crown consultation.

Ross laments that the federal government's long delay in releasing the emails has probably made the documents inadmissible in court, as the court case is well on its way already. Nevertheless, he said the Haisla will still push for them to be admitted.

Natural Resources Canada declined to comment on the contents of the emails.