“We’re an immigrant nation. So to say that immigrants are somehow impacting the marketplace is beginning to sound suspiciously awkward to me,” Cameron Muir, chief economist with the BC Real Estate Association says.  Others, like Hong Kong's Ian Young, of the South China Morning Post, beg to disagree. 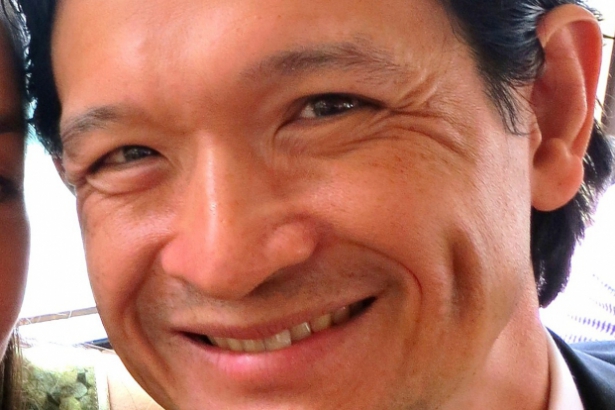 Ten days after a New Yorker Magazine article examined Vancouver’s astronomical home prices and the affordability gap facing average city residents, Ian Young, of the South China Morning Post, has weighed in on the issue, accusing Vancouver’s property developers of stifling debate by raising issues of racism.  Young writes about real estate from his Vancouver base.

“The fact these millionaires (buying real estate in Vancouver) are mainly Chinese is not relevant to the debate, and that is why I am a bit distressed that this is being characterized as a racist discussion,” says Ian Young, the Vancouver correspondent for the South China Morning Post.

Stating his opinion in The Vancouver Sun last week,  former real estate developer Bob Ransford says any talk of who is buying what, where they are from and whether or not anyone is living in these homes is “innuendo” and “arm chair estimates”.  Ransford says talk of restrictions on foreign ownership “begin to tread very close to past policies for which we are today apologizing. The head tax on Chinese immigrants is one that comes to mind.” Ransford says what’s really needed is reliable data.

But Young disagrees. He says that the fact that the issue is sensitive doesn't mean it shouldn't be openly debated. “It’s a very sensitive discussion, and for that reason I am perturbed that this discussion has been appropriated by people who profit from the industry. I think it’s ridiculous.  Of all the people to leap to the defence of the huddled masses of Chinese millionaires, surprise, surprise: it’s rich property developers.”

Real estate is the obsession of Young's readers, especially the almost 150,000 Vancouverites in Hong Kong, virtually all of them ethnically Chinese. He says the subject of Vancouver’s real estate market is watched closely. But Young says not one of his readers or his circle of ethnic Chinese friends in Vancouver has ever raised the issue of racism when it comes to real estate.

“I have a lot of Chinese readers and friends,” says Young. “Why is it that only rich property developers are raising this issue of racism? Why doesn’t Sid Tan from the Head Tax Society  issue warnings of racism? Why are the readers of the South China Morning Post not worried about this potential racism? It’s because Chinese readers see no racism in the contention that foreign money, specifically Chinese money, fuels the foreign market.”

Young isn’t the only person to raise the issue of racism accusations stifling debate over abnormally high housing prices in the city. Vancouver community activist Sandy Garossino has also raised the issue of unaffordable housing and was accused of racism for suggesting wealthy global buyers may have a lot to do with it.  “There is a false veneer,” says Garossino. “All the Lamborghini and Maserati dealerships belie the fact that the average Vancouverite is struggling and choking over the cost of living. This erodes the local economy to a huge degree. We cannot attract new businesses here because they cannot transfer their employees. Existing businesses and faculties cannot attract excellent talent to the city because employees will not take what amounts to a cut in their standard of living to live here.”

Housing in Vancouver has become one of the most expensive in the world, outstripping international cities like New York, London and Paris. According to the Bank of Canada, the average selling price of a home in Vancouver is now nearly 11 times the average Vancouver family’s household income, a multiple similar to those seen in Hong Kong and Sydney.

Vancouver urban planner Andy Yan, with Bing Thom Architects, believes Vancouver has become a ‘hedge city” where wealthy foreigners park their cash in a politically stable and comfortable city where they feel safe to invest in homes they may use only sporadically.

As word spreads about the city, more of the global super-rich move in and gobble up properties from real estate developers who are more than willing to sell at highly inflated prices.