“We played by Canada’s rules,” said Gitxaala Acting Chief Clarence Innis. “But all of our concerns were ignored by both the JRP and Cabinet." 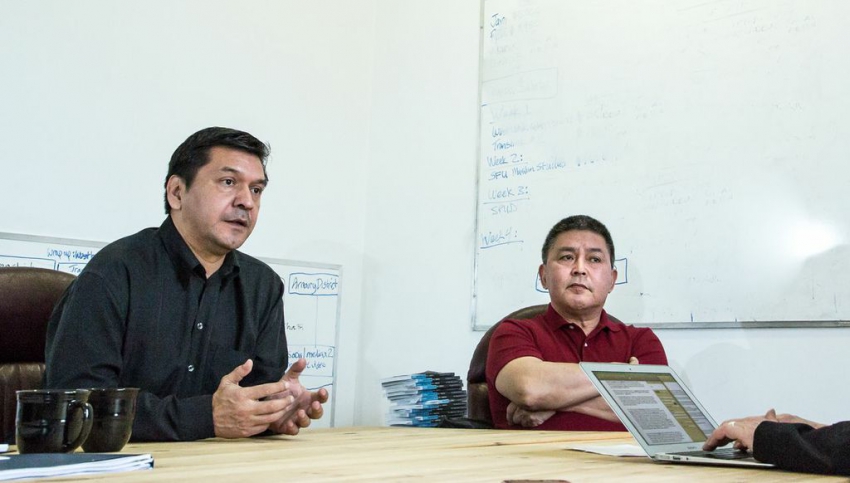 Gitxaala First Nation has launched a court challenge of the federal government's decision to approve the Enbridge Northern Gateway. The legal proceeding, known as a Motion for Leave to Apply for Judicial Review, was filed in the Federal Court of Appeal on Friday.

“We played by Canada’s rules,” said Acting Chief Clarence Innis of the Killer Whale Clan. “But all of our concerns were ignored by both the JRP and Cabinet. Reconciliation of Gitxaala’s rights was not considered or addressed in the decision-making process even though our community bears many of the grave risks associated with this Project.”

In a previous interview with the Vancouver Observer, Innis and Gitxaala Wolf Clan Hereditary Chief Elmer Moody said they would resort to court to protect their pristine territory near Hecate Strait, where their people have always lived.

They said despite compiling 7,500 pages of evidence and several days of testimony to the National Energy Board's Joint Review Panel about how the Project will negatively impact them, their concerns were not addressed by the federal government before it approved Northern Gateway. The controversial oil pipeline project would bring 525,000 barrels of bitumen from Alberta to BC's northern coast, drawing hundreds of tankers every year.

The evidence Gitxaała put before the JRP showed that if Northern Gateway was built, it would undermine the Gitxaala’s jurisdiction, governance and Aboriginal title; and economic, cultural and spiritual way of life. They said the right to harvest food from the ocean is guaranteed under the Canadian constitution, and that the Gitxaala's reliance on herring, salmon, seaweed and other foods from the ocean would be threatened.

The Gitxaala have asked the Federal Court of Appeal to consider how the Northern Gateway Project infringes its aboriginal rights, including title, and how Canada neglected to reasonably consult and accommodate the Gitxaala people before approving the Project.

“Canada has violated its own constitution,” said Innis. “Section 35 of the constitution says the federal government cannot infringe aboriginal rights without justification, and has a duty to consult with First Nations with a view to preserving their rights. ”