A wooden stag and lots of swag.

It's the Game of Thrones S05E09 recap and review. 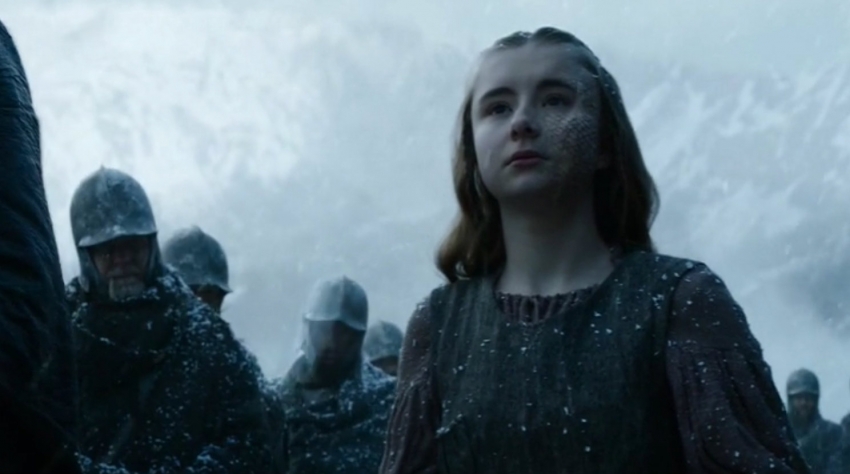 Game of Thrones S05E09 recap: 'The Dance of Dragons'

Welcome back, Dire Wolf Fans! Here you’ll find the recap and review for Game of Thrones S05E09, titled “The Dance of Dragons”. Wouldn’t that be a great name for a book? Anyway, spoiler alert.

Previously, on Game of Thrones... Jon Snow’s diplomatic mission to Hardhome suffered the worst luck imaginable, but kind of proved his point to the surviving Wildlings.

Meanwhile, The Night’s King has his HR department drawing up a lot of new-hire paperwork. 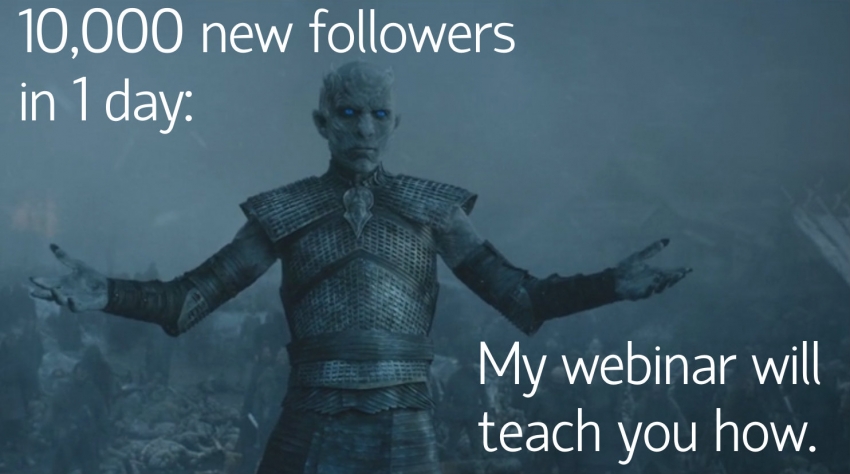 Cersei has fallen afoul of Mean Nun: I mean, pretty much everyone hates Cersei, but Mean Nun is a position to act on that hatred. Uncle Kevan Lannister is in town, and has yet to visit Cersei: one wonders if he’ll just let her sit there and take over King’s Landing for himself as Tommen mopes away for Margaery Tyrell, who is also in Church Jail.

Across the Narrow Sea, Daario the Lothario is now on notice: Tyrion Lannister has more game than March Madness, and he’s now Daenerys Targaryen’s advisor. Meanwhile, Ser Jorah Mormont has made a lateral career move from Itinerant Boat Thief to Enslaved Gladiator with a Deadly Skin Disease and an Attitude Problem.

Arya Stark is partway through her very first ninja mission, while her sister Sansa continues to live in an icy hellscape of terror and sexual abuse... but at least now she knows that her brothers Bran and Rickon are probably still alive. Uh... yay? Okay, let’s get into it.

Team Sexy Witch Religious Fundamentalism is freezing its collective nuts off near Winterfell. As miserable soldiers patrol the camp and goats complain about the cold, Melisandre finally figures out how to get Netflix working on their shitty WiFI, which is awesome, because Sunday night means a new episode of Penny Dreadful. 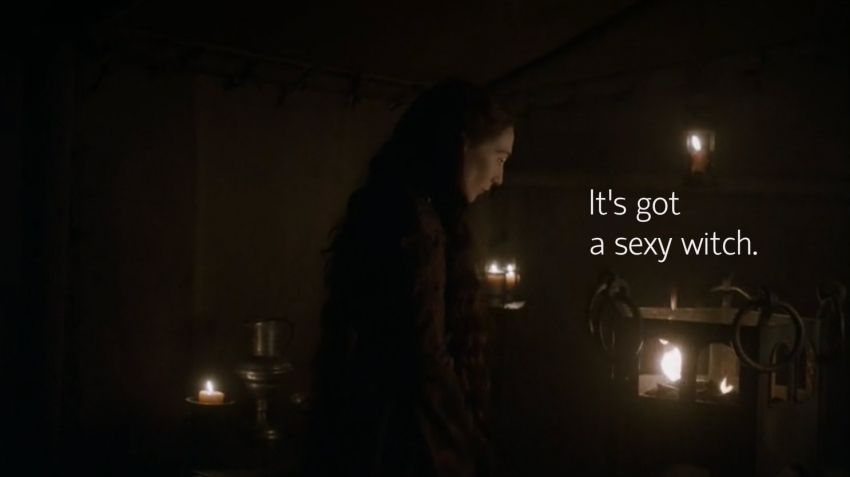 She hears something and emerges into the cold, to see fires erupt that, for a change, weren't started by her! In a flash, Camp TSWRF is engulfed in flames. 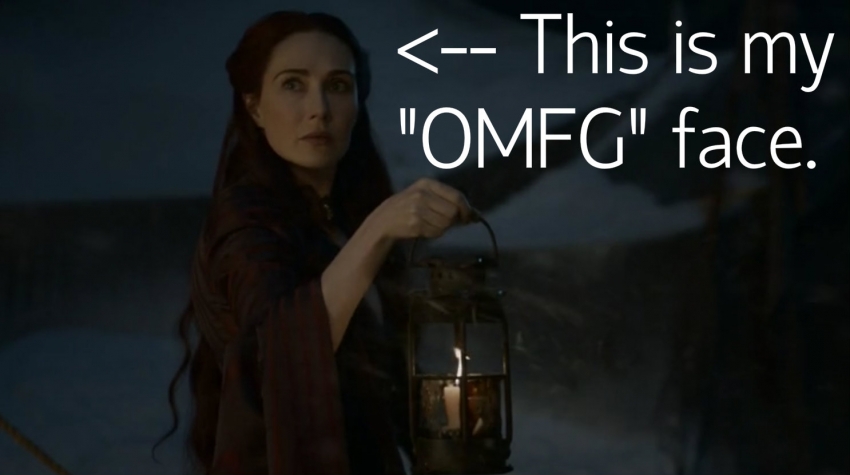 The next morning, Stannis Baratheon surveys the charred carnage. Ser Davos Seaworth says that around 20 men snuck in and set the fires. That would be Ramsay "Psycho Hobbit" Bolton's crew. TSWRF's food and siege weapons are toast, and lots of soldiers were wounded or killed. However, the SW is still fine. Does Psycho Hobbit not know about Melisandre?!  Stannis orders those on watch last night to be interrogated and executed, and the horses to be butchered for meat. They can't make it back to Castle Black, and they can't march forward, notes Davos. Stannis says, "There's an Option C. The 'C' stands for 'Carice van Houten'." 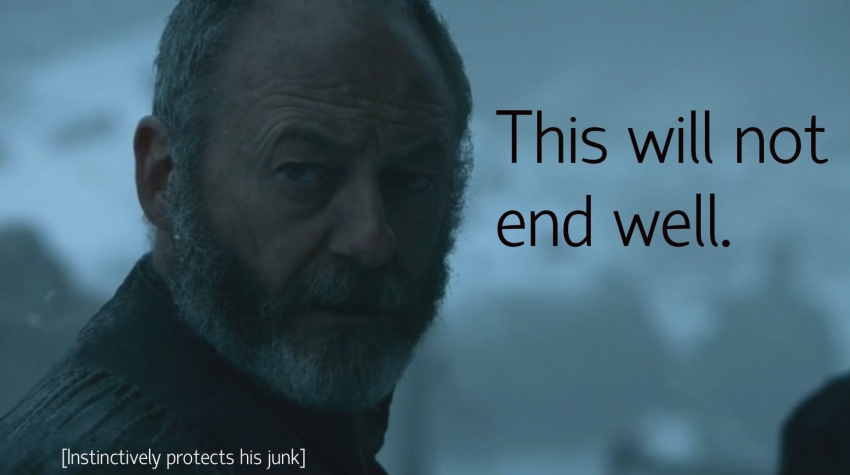 Jon Snow arrives back at The Wall, with the Wildlings in tow. Alliser Thorne stares down at them. Jon's like, "FFS, dude, are you gonna open the freakin' gate or are we gonna stand here and freeze until our nuts just shatter, like, *TSSSHHHH*?" 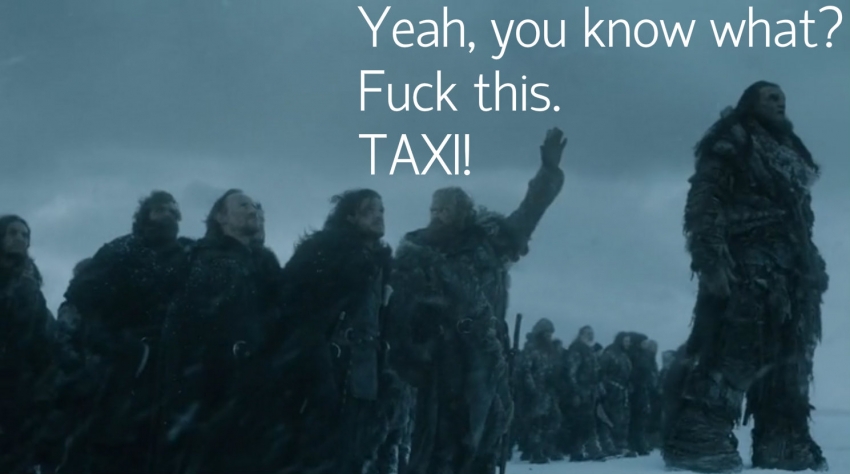 Finally Thorne opens the gate. At Castle Black, Jon is lamenting how badly his mission failed. Samwell Tarly sees the bright side, in that all these Wildlings are still alive. I mean alive-alive, not ice-zombie-alive. Not for nothin', but Hardhome would have been even more badly screwed had Jon and Beardo not been there with those ships.

Olly, Jon's squire, sees all the Wildlings trooping into the castle and is like, ಠ_ಠ.

And, of course, Alliser is always good for a few words of discouragement: "You have a good heart, Jon Snow. It'll get us all killed."

Read between the lines

Stannis Baratheon tells Davos Seaworth, "Ride for Castle Black. Tell 'em to send horses and food. In return, I'll make sure to send them more men once I take Winterfell. I'm sending you because your word carries weight, and not at all because I have to do some morally dubious shit of which you'd disapprove; I don't even know why you'd suggest such a thing. Bye." Davos wants to take cute little Shireen Baratheon with him: "A siege is no place for a little girl." Davos is like, "Nah. I want to keep my family together, and not for purposes of blood-letting and witchy magic; I resent your even suggesting such an outrageous notion."