Is Liquid Natural Gas the "greenest fossil fuel" in the world?  Premier Clark says so, and is making the pitch to investors at a huge international LNG convention in Vancouver. 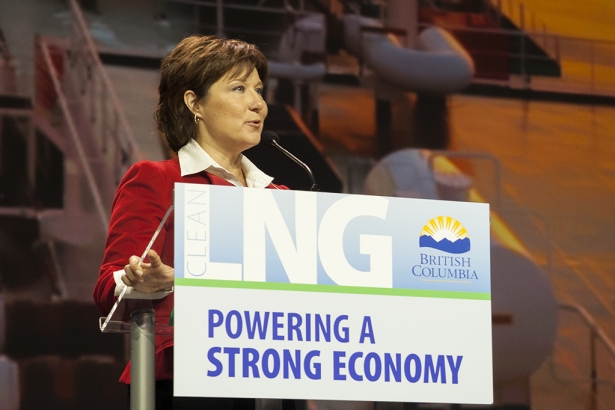 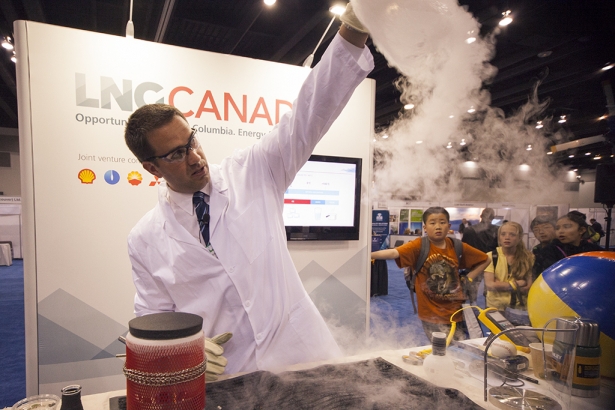 Premier Christy Clark took to the stage at a massive LNG summit on Wednesday to promote B.C's LNG as the "greenest fossil fuel in the world."

And if there was any doubt that LNG was not her government's entire focus right now - she erased it.

“This is our central preoccupation.  And so I personally chair a special cabinet devoted to making sure we coordinate our decisions across government, with a view to moving as nimbly as we can to create an LNG business here,” Premier Clark told the industry crowd. 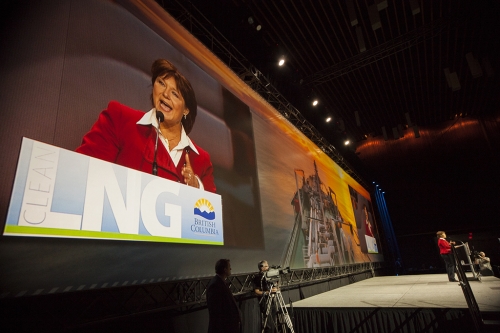 The tradeshow and conference is designed to boost the province's huge focus on rapidly developing a fossil fuel industry based on Liquid Natural Gas.

It needs to be seen to believed - hundreds of delegates who paid $1,600 each -- have packed the convention centre.  Security guards are everywhere, and are monitoring the doors.

And with good reason.

This is a gathering of some of the oil and gas industry's most influential captains.  Speaking today is the President of Shell Oil.  Also appearing was the CEO of Petronas from Malaysia, who warned B.C. to move quickly:

“Let’s not slaughter the goose before it even has a chance to hatch the golden egg," he told the crowd. 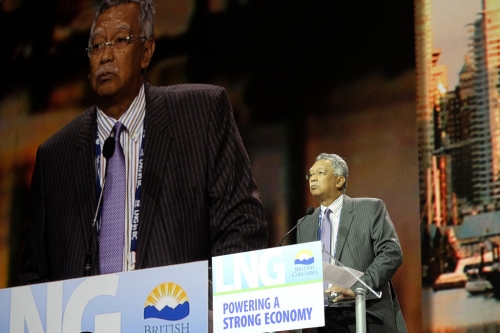 The danger is real.  The global LNG marketplace is shifting fast, with Russia and China announcing a $400-billion, 30-year deal for China to buy Russian natural gas.

Likewise, the widening of the Panama Canal, to allow for larger LNG tankers, will soon permit Americans to sell their excess gas to Asia too.

All of these dynamics has many wondering if B.C. can get in the game in time.  The Premier pitched the province as a safe LNG haven in the world.

“We do know that every company wants to have at least one honourable, reliable partner, where they know that their supply of natural gas will never be imperilled by politics.”
Clark said "confidence is high" among LNG investors in B.C., noting how the Kitimat LNG already has it environmental licence, and Pacific Northwest LNG is undergoing its environmental review.

Aurora LNG became the ninth project to get its export licence, she added.

The province boasts that B.C. is on the "verge of becoming a global leader in natural gas production", generating thousands of jobs and one trillion dollars in economic activity over the next 30 years. 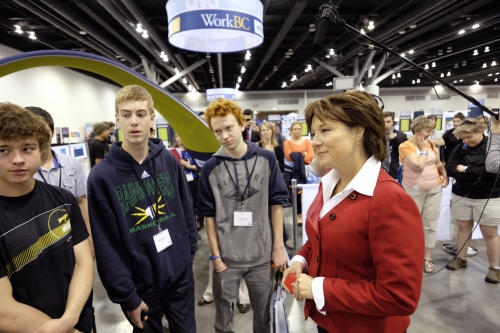