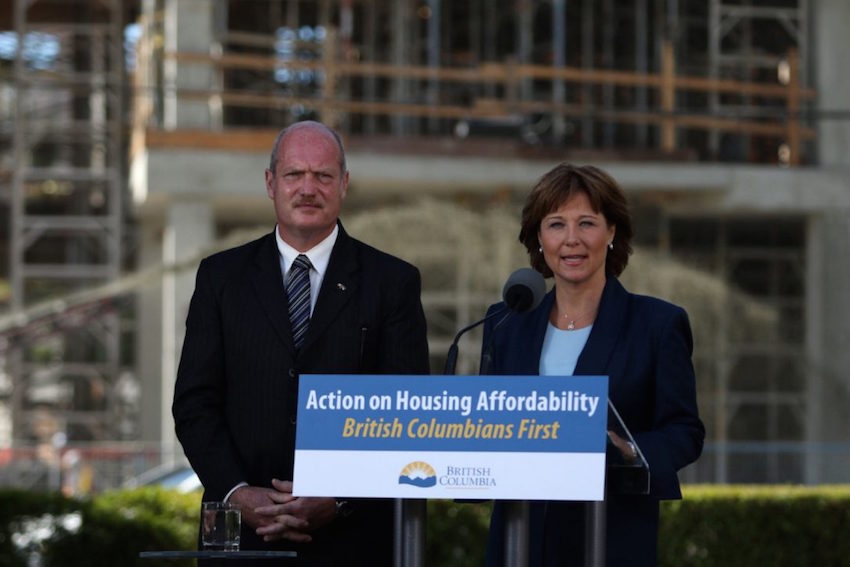 The rate of foreign investment in Metro Vancouver housing has fallen to 1.3 per cent since the introduction of a new tax targeting international buyers, according to new data from the British Columbia government.

The drop is dramatic compared with the seven-week period before the tax was introduced when foreign buyers accounted for 13.2 per cent of the residential purchases in the region.

The province brought in the 15-per-cent property transfer tax on foreign buyers in Metro Vancouver on Aug. 2 in an effort to cool one of the hottest housing markets in North America.

"The number of offshore purchasers has dropped dramatically, and that means the pressure on local purchasers, often first-time purchasers, is much reduced," said cabinet minister Andrew Wilkinson, speaking on behalf of the finance minister on Friday.

"That's exactly what our goal was and we're glad to see the market is calming down."

Between Aug. 2 and Sept. 30, there were 152 home purchases involving foreign buyers in Metro Vancouver, or 1.3 per cent of all residential transactions. That is slightly less than the provincial average of 1.7 per cent during the same period.

The province received an additional $10.1 million from the new tax.

Wilkinson said the goal of the levy was not to collect more taxes from offshore investors, but to get them to reconsider buying into Metro Vancouver's market.

"It was never our goal to get to a certain revenue amount with the tax. The goal was to calm down the real estate market."

But the province cautioned that it's unclear how many transactions that would have occurred in August or September were rushed through completion in July in order to avoid the tax. Data from the coming months will provide a more accurate picture of how the market is changing, it said.

Wilkinson added that real estate markets are seasonal and more transactions are typically recorded in the spring, so more data is needed before reaching long-term conclusions.

The province said auditors have sent 150 letters to buyers to verify their citizenship or permanent residency status. Of the 150 letters, 85 audit files have been opened to investigate if the additional tax should have been paid.

The composite benchmark price, or the representation of a typical residential property, in Metro Vancouver was $931,900 last month, a 28.9 per cent increase from September 2015 but a 0.1 per cent decline from August 2016.

The new data released by the province suggests Victoria has not seen a flood of foreign buyers since the tax was introduced in Metro Vancouver.

In the Capital Regional District, encompassing southern Vancouver Island and the Gulf Islands, foreign buyers represented 3.5 per cent of the residential real estate market between Aug. 2 and Sept. 30. In the period before the tax, they represented 3.9 per cent.

Last month, a proposed class-action lawsuit was filed in B.C. Supreme Court arguing the new tax violates over 30 international treaties where Canada has committed to treat foreign nationals as favourably as citizens.

The lead plaintiff is Jing Li, a 29-year-old Chinese student who has been studying in Canada since 2013 and said the tax impeded her purchase of a Langley home.

Premier Christy Clark has said the tax has a solid legal basis.