Twelve First Nations sent a letter to the Harper government stating they are "wholly dissatisfied" with the NEB Trans Mountain process and calling for meaningful consultation. 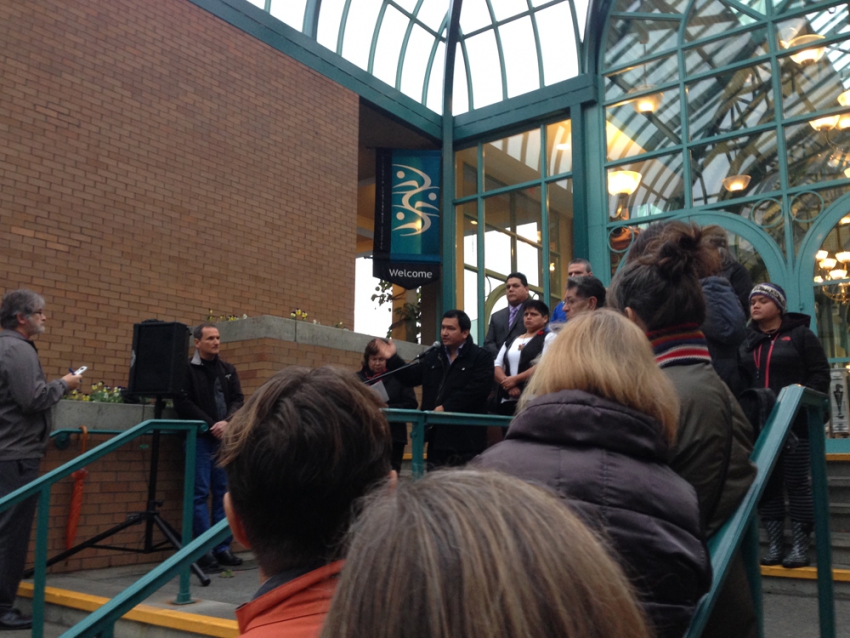 On Friday, Squamish Chief Ian Campbell presented a letter to the Harper government outlining the process’ defects. That letter, signed by twelve First Nation leaders, stated they are “wholly dissatisfied” with the Crown’s approach to consultation and called on the Crown to develop a meaningful consultation process.

The allegations of unconstitutionality include: failure to consult about the NEB process; use of written information requests rather than live cross examination of witnesses; insufficient capacity funding; and no guidance regarding how consultation will occur following the NEB’s recommendation.

Brenda Gaertner, counsel for the Tsawout First Nation (part of the Saanich First Nation), which testified on Friday, told the NEB panel that consultation must occur on a government to government basis and not through a technical regulatory process. In addition, she said, consent is required by Section 35 of the constitution, the Douglas Treaty and international law.