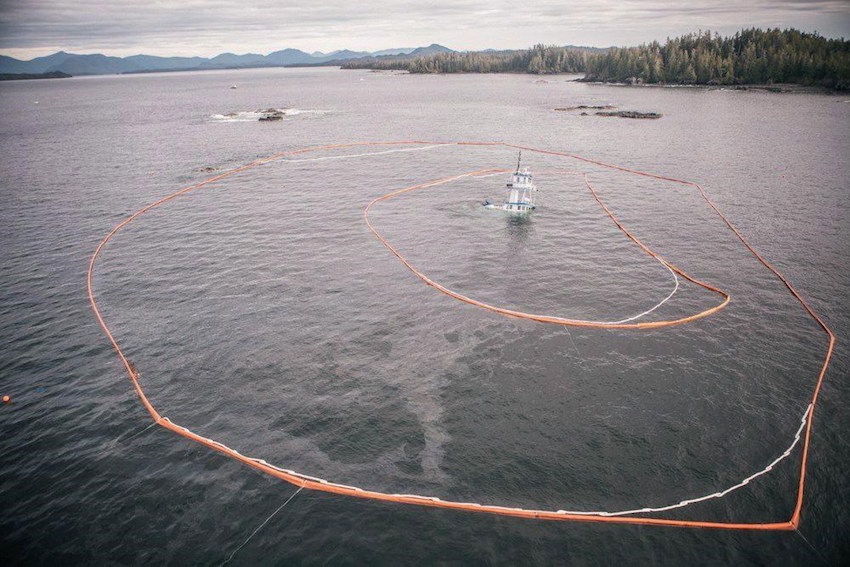 A sunken tug on British Columbia's central coast could finally be lifted from the waters west of Bella Bella.

An advisory released from the Heiltsuk Nation says salvage operations are slated to begin at 10 a.m. local time, and take about six hours.

Crews have dragged the 30-metre tug into deeper water from the reef where it ran aground Oct. 13, and a large crane will be used to lift the vessel onto a barge for removal from the area.

Experts also say they have completed calculations of the amount of fuel spilled when the tug went down.

According to the latest report, the Nathan E. Stewart was loaded with 237,262 litres of diesel fuel when it hit the reef, spilling 107,552 litres of fuel and 2,240 litres of lubricants.