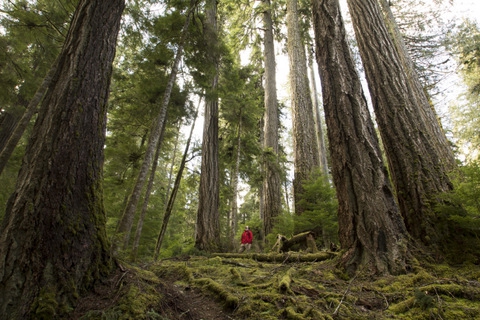 Environmental groups in British Columbia have failed in their attempt to force the BC government to provide greater protection for ‘at-risk’ Coastal Douglas Fir trees and the vital ecosystems around them.

The Western Canada Wilderness Committee and ForestEthics Solutions Society argued that the province has a statutory duty to protect the dwindling number of ancient trees from commercial logging. BC Supreme Court Justice Gordon Weatherill ruled that duty was discretionary, not mandatory.

“This judgement on Coastal Douglas-fir confirms the deep systemic problems in B.C.’s forest management and shows that it is anything but sustainable,” said Valerie Langer, Conservation Director for ForestEthics Solutions. “Gone is any credibility with eco-minded companies that have been purchasing B.C. timber because of its ‘sustainability.’”

The lawsuit argued that the BC Ministry of Forests was failing to follow its own regulations set down in the Forest and Range Practices Act. (FRPA) The Act sets out the rules on logging in British Columbia and requires companies to prepare stewardship plans for the trees and environment where they are working. Environmental groups say the Coastal Douglas Fir is already a species at risk, and therefore deserves greater protection and more detailed stewardship strategies. 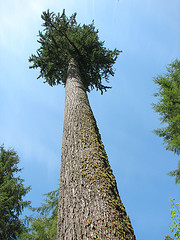 “The court’s ruling indicates that we cannot rely on existing laws like FRPA to protect species at risk,” said Morgan Blakley, staff lawyer at Ecojustice. “It’s time for B.C. to introduce a standalone endangered species law to ensure our forests aren’t logged to extinction and iconic species like the mountain caribou and spotted owl are able to recover.”

Coastal Douglas Fir trees once covered 2,555 square kilometers of territory in the BC coastal region. The tall, stately tree is valued for its size and timber. With easy access along the coast, it has been extensively logged in the past 150 years. Today only a fraction of the trees and their ecosystems remain. According to estimates, as little as 20 square kilometers of these trees remain, including about three square kilometers of old growth trees. The reduction in range prompted the environmental groups to force the government to do more.

“It’s disappointing,” says Torrance Coste, Vancouver Island campaigner for the Wilderness Committee “It validates the concerns that we have had for a decade that the way our provincial forestry laws are written don’t do enough to protect endangered species and endangered forest sites.”

The court noted that the province recognizes the importance of the Coastal Douglas Fir, and in 2006 designated the tree as ‘at risk”. Since then, the province has provided protection of the trees in parks, protected areas and old growth management areas.

“We are pleased the court dismissed the petition,” says Ministry of Forests spokesperson Vivian Thomas. “There are roughly 256,000 hectares of Coastal Douglas Fir ecosystems in BC, mostly on Southern Vancouver Island, parts of the Fraser Valley and the Sunshine Coast. However, only nine per cent of that is on provincial crown land, and of that, 39 per cent is fully protected. The remainder is on private land, so outside government jurisdiction.” 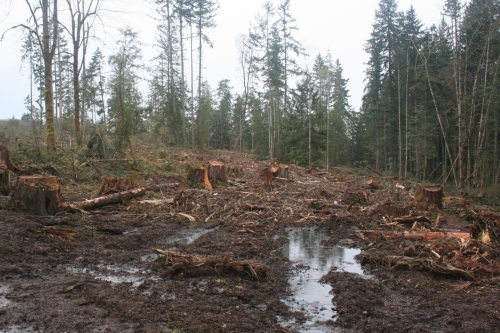 Thomas says the biggest threat to Coastal Douglas Firs is not logging, but continued urbanization.

The court decision recognizes that the provincial government must balance a number of competing interests as it manages the forests of BC. Those include environmental and ecological concerns, First Nation interests, commercial logging activities and municipal and federal governments.

“The government must determine its policy on how these interests will be managed,” wrote Justice Weatherill. “In my judgement, (section) 7 of the Act. does not impose a mandatory duty (to impose a protection notice to all interests).”

Torrance Coste says the ruling is a setback that could have a long lasting, detrimental impact on the coastal Douglas fir.

“Unless the public outcry gets louder or the province changes its tune, the tree could face extinction.”