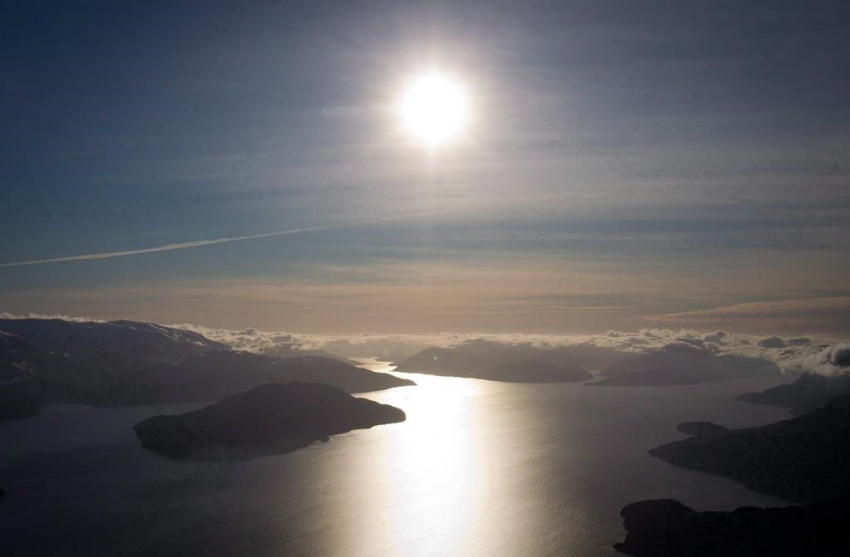 The lands through which Northern Gateway would run (credit: CP).

A lawyer for the government has asked the Federal Court of Appeal to dismiss 18 legal challenges aimed at overturning its decision to approve the $7-billion proposal from Enbridge (TSX:ENB).

Lawyer Dayna Anderson said federal officials began meeting with First Nations in 2006 and revised the environmental assessment to address their concerns, most notably by adding marine shipping to the scope of the review.

She added the federal government provided the $4 million to aid 46 aboriginal bands' involvement in the process for such items as costs of travel or expert reports. The eight First Nations that launched litigation received more than $1.5 million of that funding, she said.

"The Crown's duty to consult isn't measured in dollars and cents, and we know that, but it illustrates Canada's attempts to ensure that meaningful participation could be had," Anderson said.

The federal cabinet approved the project in June 2014 with 209 conditions, including the creation of plans to protect caribou habitats and marine mammals. First Nations, environmental groups and a union filed court challenges, arguing the government failed to consider ecological threats or consult with aboriginal groups.

Many First Nations in B.C. have not signed treaties and have unresolved land claims. But they argue a landmark Supreme Court of Canada decision that gave the Tsilhqot'in title to their territories means the government must not only consult with them, but seek their consent.

Anderson disputed that interpretation, stating the government must only seek consent from nations that have court-recognized title. The Crown chose not to debate First Nations' title or governance rights during consultations on the Northern Gateway pipeline, referring those issues to the treaty process.

Lawyer Jan Brongers said the federal review panel heard both oral and written evidence from indigenous groups and determined the pipeline would not have significant adverse effects on traditional use of their lands.

He said the panel concluded the 209 conditions would mitigate nearly all the ecological risks, apart from threats to certain woodland populations of grizzly bears and caribou, which were found to be "justified" given the expected economic benefits of the pipeline.

"It is our firm position that the order-in-council, which is the culmination of a lengthy, thorough and fair environmental assessment process, which included honourable consultation with the impacted First Nations, strongly deserves to be left in place," he said.

Brongers said previous rulings have set a high standard for a court to toss a decision made by a democratically elected cabinet on a resource project. The judges must find the decision broke the law or had no reasonable basis in fact, he said.

The 1,177-kilometre double pipeline would ship diluted bitumen from Alberta's oilsands to a terminal on British Columbia's north coast, boosting Canada's gross domestic product by an estimated $300 billion over 30 years.

Northern Gateway and the B.C. government will state their cases later this week, before the hearing is expected to wrap up Thursday.