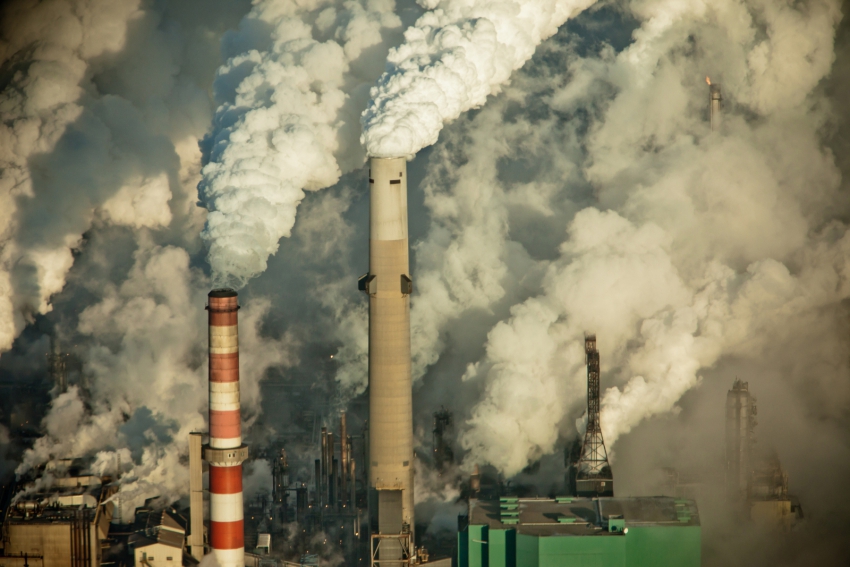 Photo of oil sands in Fort McMurray by Kris Krug

The tactics described are somewhat similar to methods advocated by Richard Berman, an American consultant and lobbyist whose speech urging oil companies to "win ugly" in an "endless war" against environmentalists was reported in The New York Times.

The company hired by TransCanada, Edelman proposes to “add layers of difficulty for our opponents, distracting them from their mission and causing them to redirect their resources.”

Edelmen recommends that TransCanada invest in "digital and grassroots advocacy" to build support for Energy East and "pressure (pipeline) opponents and distract them from their mission" by working with third parties and 'arming' them with information. Edelmen suggests working with "credible community voices" who can pen op-ed pieces and blog posts in thee media to create an "echo chamber of aligned voices" supporting TransCanada's Energy East pipeline.

Examples of "grassroots advocacy" groups involving industry include Energy Citizens in Canada Energy Nation in the U.S., according to Edelman and TransCanada's "Grassroots Advocacy Vision Document". 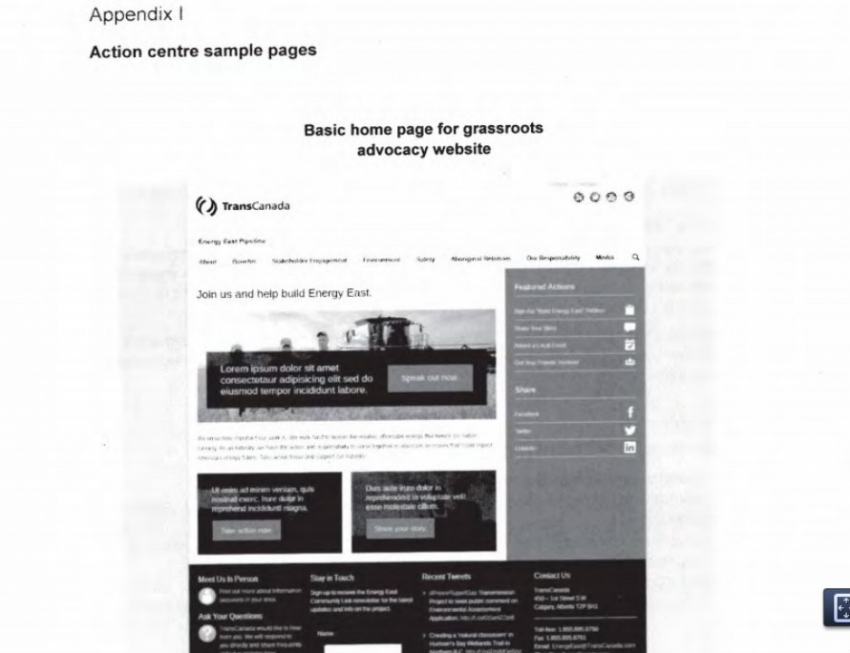 "The documents you have received were recommendations provided to TransCanada for the Energy East project. While the versions you have are not the latest, we have moved forward with implementing certain components of the strategy.  Those include our paid media campaigns in Ontario, Quebec and New Brunswick, our online components with the launch of our energyeastpipeline.com microsite in French and English and our advocacy program, which allows those who support the project an opportunity to speak out and share their personal stories."

He said "2,500 people have joined [TransCanada's] advocacy campaign to add their voice to the dialogue and nearly 100 have shared their personal stories". When asked if TransCanada ever hired any "third party" individuals to work on messaging, he said the company did not hire third parties, and that there were aspects of Edelman's plan that TransCanada did not follow.

TransCanada is currently working to build a "continent-wrapping" 4,500 kilometre Energy East pipeline to carry Alberta's landlocked oil sands bitumen to overseas markets. The pipeline would run through hundreds of communities and cross nearly 1,000 lakes and rivers. According to a survey by environmental group Ecology Ottawa, some city councillors in Ottawa said they would fight the project if it posed a threat to health and environment.

The documents identify key groups, such as Environmental Defence, the Council of Canadians and the Ecology Ottawa, as possible threats to Energy East's approval and social license. 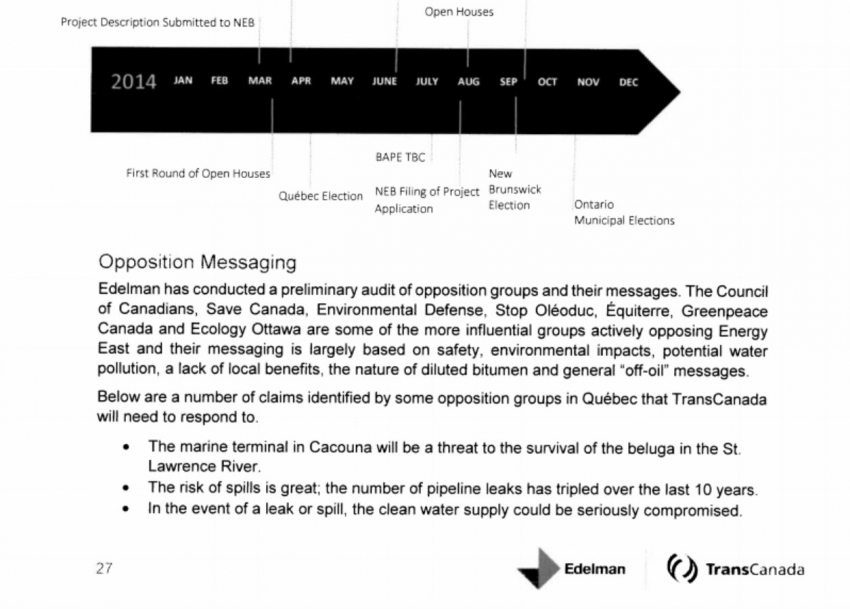 Adam Scott of Environmental Defence released a statement condemning the tactics described in the documents:

"At Environmental Defence, we believe in democratic, open, informed public debate – something that TransCanada is clearly nervous about," he said. "Why else would it go so far to try to silence Canadians? We won’t be distracted from working with Canadians to speak out about Energy East’s risks."

Howard responded on behalf of TransCanada: " We will respond with facts to claims made by opponents and we are clear to stand up for what we know and believe in. We will continue to provide people with facts and the tools they need so they can express their support for Energy East."