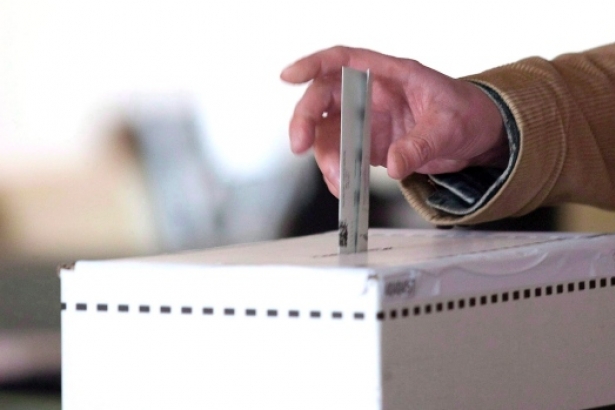 The author of the Elections Canada report being used to back the Conservatives’ ‘Fair’ Elections Act says the government’s new bill could disenfranchise half a million voters.

Harry Neufeld, a former Elections Canada executive and eight-year chief of Elections BC was commissioned by Elections Canada to author a compliance review after 2011 election day irregularities in the Toronto riding of Etobicoke Centre led to a Supreme Court of Canada court challenge. Neufeld audited 1,000 polls from the 2011 election in addition to three by elections.

His report found some 165,000 administrative irregularities on voting day. The Harper Conservatives are using Neufeld’s 76-page report to that prove that voter fraud is widespread and to advocate for major changes to Canada election law.
But Neufeld, who appeared before the Procedure and House Affairs Committee Thursday, says his report actually contradicts the Fair Elections Act, or Bill C-23.
“Using my report as evidence that that’s why this is necessary -- that we need to completely remove the ability for people to vouch for somebody else’s identity -- it just seems a little bit inappropriate.”
The Bill would scrap 'vouching' at polling stations, a process that allows an individual without proper proof of address to be sworn in by a friend or neighbour to vote. The bill also has a provision that would ban the use of Voter Information Cards (VICs) as residence identification to vote.
Conservative MPs argue that these cards allow people or opposition to fish cards out of the garbage to vote fraudulently. But Neufeld said there is no evidence of this kind of activity, and that in the last election, many legitimate voters relied on vouching and ID cards to be able to cast their ballot.

Neufeld said that during the 2011 election, about 400,000 people legally voted in 2011 using voter information cards as residence identification. Meanwhile, another 120,000 or so citizens relied on vouching to prove their identity.

That, he said, means over 500,000 people who would be hurt by the legislation.

“Politicians were always coming up with stories of outrageous fraud happening,” says Neufeld. For years, he says he’s heard familiar stories of busloads of people coming from across the constituency line to vote for the other party in the wrong riding, or of voter information cards lying around lobbies of apartments scooped up and used to vote fraudulently.
“The issue that politicians get excited about is big apartment buildings, like in Vancouver,” said Neufeld. According to stats Neufeld’s seen, 18-24 per cent of residents in BC move every year. “So you can imagine keeping a voter’s list up to date is difficult,” he said.
“Cards get delivered to these buildings and people don’t live there anymore. A whole bunch of them end up in the blue bin or on the floor. And the rumor in political circles is that nefarious people from the other party -- it’s always the other party, its never from their own party -- pick these things up and they go and vote with them. Well sorry, you can’t just use the Voter Information Card as identity. You have to have something else.”
“And are you really going to get another piece of ID made up so that you can vote again risking jail time or a fine? I don’t think so.”
Neufeld says he’s heard these claims for years, but he’s never seen any proof. “I’ve never in my 33 years of election administration seen in Canada any level of systematic fraud by voters. What I have seen is that fewer and fewer and fewer people are voting.”
As the chief of Elections BC, Neufeld’s office actually investigated the issue of multiple voting which politicians claimed was a problem. “We wanted to see whether there was anything real about it,” he said.
His office cross-checked voting records against the electronic voter’s list to see if anyone had voted twice with the same or similar name and information. The findings? Less than 10 errors across the entire province.
“We investigated them, and in just about every instance it was a situation where someone was extremely elderly and they didn’t remember that they’d voted in the morning. Then their son or daughter or some other caregiver would come and say, ‘hey it’s voting day, let’s go vote.’ It was an outing -- it was great. You could never expect to convict these people.”
Mississauga-Streetsville MP Brad Butt has already alleged and retracted similar claims that he “witnessed other people picking up the voter cards, going to the campaign office of whatever candidate they support and handing out these voter cards to other individuals, who then walk into voting stations with friends who vouch for them with no ID." MP Laurie Hawn (Edmonton Centre) maintains he received a phone call during the 2006 election offering him some voter information cards that had apparently been scooped up from apartment building lobbies.
But Neufeld doesn't think there’s truth to these claims. “It’s a myth that perpetrated, seemingly forever and there’s just no solid evidence.”
While the Conservatives’ would scrap vouching altogether, Neufeld believes that the challenges with vouching from the last election are "completely fixable".  The solution lies in a completely new voter systems model that Neufeld says he is confident Elections Canada is working on developing.

So why is vouching on the chopping block? “I certainly think there are some partisan political motivations behind some of the contents in the bill," said Neufeld.
Neufeld has worked around the world on elections, and he says he’s seen fraud.
“I’ve seen ballot boxes bobbing in the river the next morning. We don’t have that problem. I haven’t seen any evidence of the kind of fraud I’ve seen in other parts of the world. I haven’t seen it anywhere in Canada in all my 33 years in the business.”
“Earlier in my career there was a general agreement amongst legislators that rules around elections needed to be decided on a consensus basis.  That era is now clearly over. And I think that is unfortunate for Canadians and our democracy.”
Read More:
Share on Facebook Share on Twitter

See more
Is the Fair Elections Act unconstitutional? The answer may be in the numbers
Harper wants to make it harder for you to vote in 2015