'He seemed to fly like an angel’ - injured bald eagle released 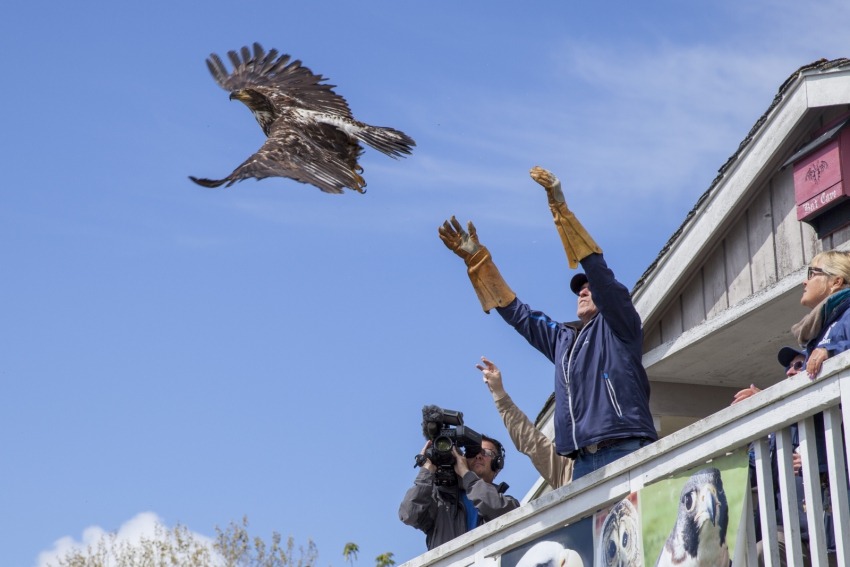 From a balcony overlooking 200 spectators —mostly parents and kids —a Delta, B.C. wildlife rehab charity counted down from ten, then threw a formerly injured bald eagle into the air.

The crowd erupted in cheers.

Sinking into the wind, the youthful eagle spread his wings and took to the skies to join other circling bald eagles. CBC’s The Nature of Things filmed the release too.

“It was absolutely incredible!  Every single time we release a bird back into the wild,” laughed Orphaned Wildlife Rehabilitation Society (O.W.L.) president Karen Wheatley on Saturday.

Most wistful of all was BC Hydro worker Bruce Byrnell.

The technician got the call Jan.19 that the eagle was hanging upside down, tangled in a still energized power line in Ladner, just east of Boundary Bay Airport.

Byrnell attended and was amazed it was still alive. The one-year-old juvenile male bald eagle, whose head wasn't white yet, was crying in distress. Its singed feet had flash burns from the electricity.

A rescue effort began, and Byrnell was soon joined by members of the O.W.L. society who urged him:

"Whatever you do, just grab his leg – don't reach for the talons or he'll latch on and not let go. Avoid the beak and talons at all costs,” he was told.

Byrnell then climbed up to the bird in his bucket truck, and gently bagged him with a net.

“Hey, hey - it’s ok, ok,” he soothed to the frightened eagle, in a popular Youtube video he filmed with his cellphone.

Following, the eagle was brought back to O.W.L.

"He’s had a burn on his left foot and just couldn’t stand for two weeks, we really weren’t sure why,” said Wheatley

"But we gave him time to rest, some physiotherapy, good food and then off he goes into the wild today.”

On the road to his recovery, O.W.L. society members nicknamed the eagle "Flash."

On Saturday, Byrnell told the crowd it was fate it was he who rescued the bird: “I don’t know why I was chosen for this, but I was.”

"He seemed to fly like an angel" - Hydro worker

Seeing the eagle take to the skies, he added, “It was quite emotional because there’s a connection between eagles and myself and my family having lost a grandson in 2013.”

“So to see this day and see this bird released back into the wild and fly free —when I saw him go, to me he seemed to fly like an angel.”

O.W.L is a wildlife clinic just south of Vancouver dedicated to public education and the rehabilitation and release of injured and orphaned birds. 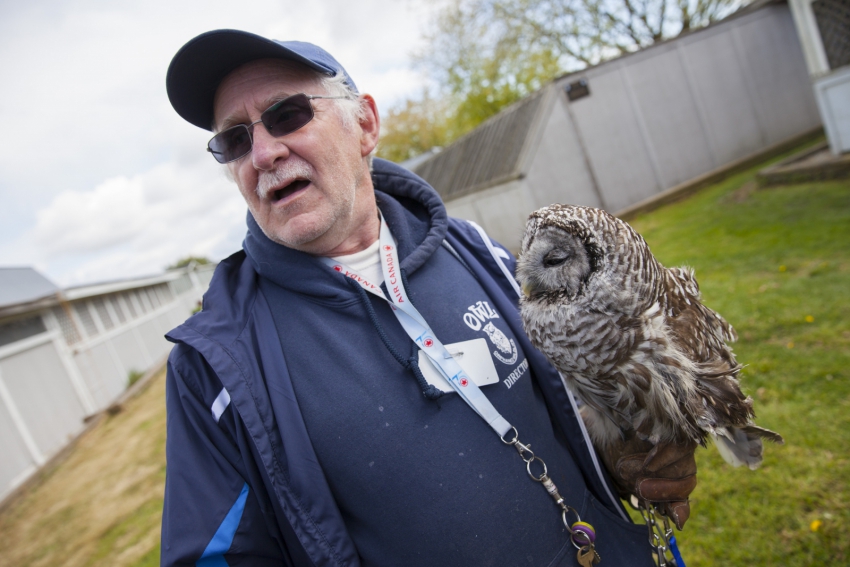 Last year, the group had more than 550 birds coming through the facility.

"They just keep going up unfortunately.  We're a non-profit, so we rely on donations to keep going," said Wheatley.

"If you ever see any bird of prey that's downed, give us a call. We rehabilitate all raptors: eagles, owls, hawks, falcons and osprey," she added.

Many in the Saturday crowd toured the society's facilities: an intensive care unit, flight cages, and a popular school house for education programs.

"He was hit by a car, and consequently he’s got a broken wing that didn’t mend properly.  And we use him for educational purposes in schools,” he said.

Other birds on site are also permanently disabled, including a blind-in-one-eye peregrine falcon, and a golden eagle with a partial wing amputation.

The Nature of Things will air a TV feature called "Urban Eagle" using the footage of Flash's release. It's expected to air this year or next. 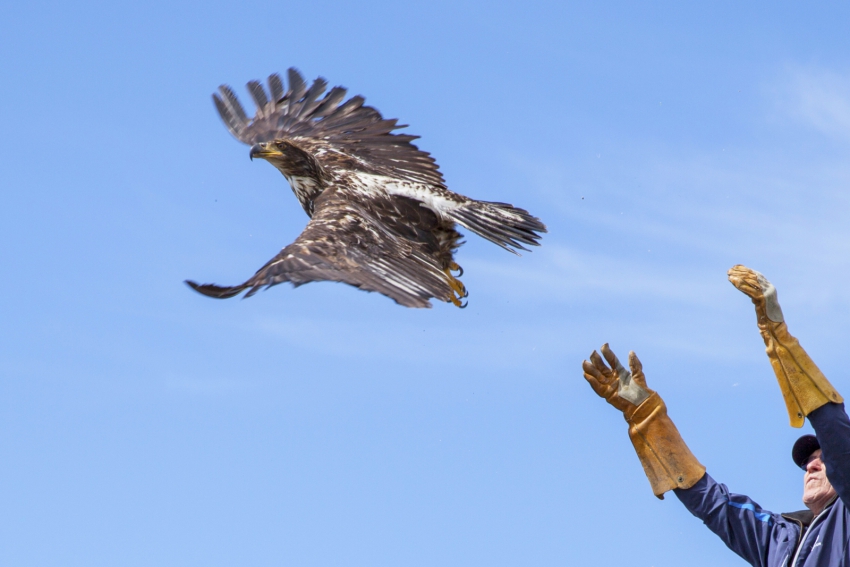