B.C. court to rule on whether Site C protesters can be removed from tent camp 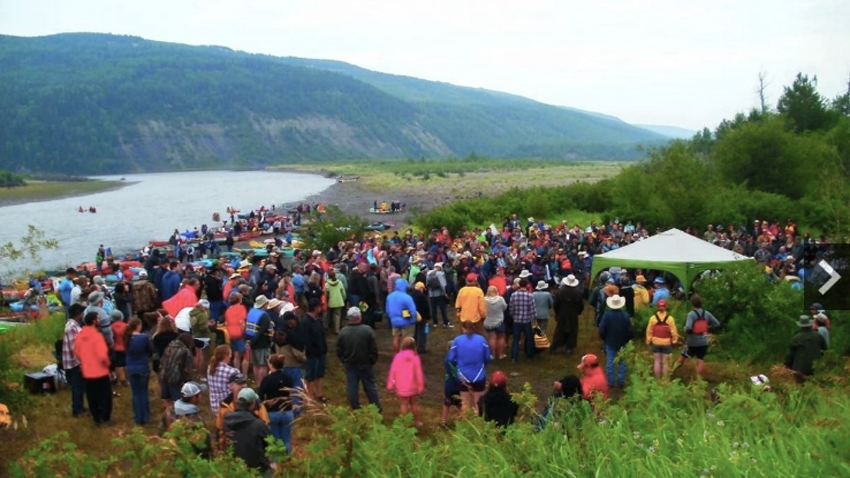 Site C dam opponents gather at a protest in July 2015 along the Peace River in Northeastern B. C. Photo by Ana Simeon/Sierra Club.

VANCOUVER — A judge is expected to rule this morning on whether to grant BC Hydro an injunction to remove people protesting the Site C dam project from a tent camp near Fort. St. John.

The provincial Crown corporation argued in B.C. Supreme Court last week that the actions of a group of Peace Valley farmers and local First Nations were illegal and could cost the utility company millions.

BC Hydro lawyers told the court the protesters set up camp in late December and have been preventing workers from clearing the area for construction, even building campfires near tree-felling and excavation operations.

Defendant Yvonne Tupper of the Saulteau First Nations said outside court that the Treaty 8 Tribal Association had not given BC Hydro consent to build the dam, meaning the Crown corporation was violating the group's treaty rights.

Tupper said dam construction should be put on hold while legal challenges filed by First Nations and landowners make their way through the courts.

The $8.8-billion dam will flood agricultural land and First Nations archeological sites, as well as hunting and fishing areas, and its opponents include environmentalist David Suzuki, who says the project conflicts with Canada's climate targets set in Paris late last year.