TransCanada has rolled its long-awaited 20,000-page, 68 two-inch binder application for the Energy East project into the Calgary office of the National Energy Board on Thursday. It is the company's attempt to build the largest oil pipeline in North America, while also enabling the expansion of Alberta's oil sands.

Immediately, TransCanada's CEO pumped the $12-billion project as a pan-Canadian energy project good for jobs and the economy, even as elected officials, citizens’ groups and Aboriginal communities spoke out against it.

"Not since the construction of the Canadian Mainline has there been an opportunity to connect the vast energy resources from Western Canada to eastern Canadian markets," said Russ Girling, TransCanada's top executive in a statement.

"This is a project that will help support thousands of jobs across the country and generate billions of dollars in government tax revenues over both the short- and long-term.”

The project would pump an astonishing 1.1 million barrels per day of bitumen from Alberta to the Atlantic -- a volume double the proposed Northern Gateway pipeline.  Most of Energy East would be built by converting one of TransCanada's existing major natural gas pipelines.

Enviro groups were among the first to pan the project, as bad for Canada on many levels.

"It's not going to happen," said Patrick Bonin of Greenpeace Canada in a statement.

“Energy East would negate all the good work on climate that has been done at the provincial level, pose a major threat to millions of people's drinking water.”

Also keeping tabs on this giant pipeline is an anti-tar-sands campaigner in Ottawa.

“Communities across this country are ready to stand up and oppose this pipeline,” said Ben Powless with Ecology Ottawa on Thursday.

“With the recent elections in Ontario, all across the board we’ve seen city councillors even mayors get elected on platforms of opposing the pipeline,” said Powless.

These communities include North Bay, Kenora, and most notably Thunder Bay – where the city’s mayor Keith Hobbs has spoken against the project.

Powless said even the provincial governments of Quebec and Ontario are musing about doing their own reviews of the pipeline, independent of the federal government’s.

Capturing some of the many of the faces of people along the pipeline’s path, is Montreal’s photographer Robert van Waarden.

In his project “Along the Pipeline” sponsored by Ricochet, he visited people from the pipeline’s start in Hardistry, Alberta all the way across country to St.John, New Brunswick.

“I think we were being fed by many officials that this was a ‘done deal’ – and I actually really think many Canadians and First Nations think differently.  I wanted to discover what that was about,” said Van Waarden.

In Alberta, many he met, favoured the pipeline.

“You don't really believe in all that climate change stuff, do you? I think the pipeline is great. We need to get the oil out of Alberta,” rancher Carol Hern told the photographer. 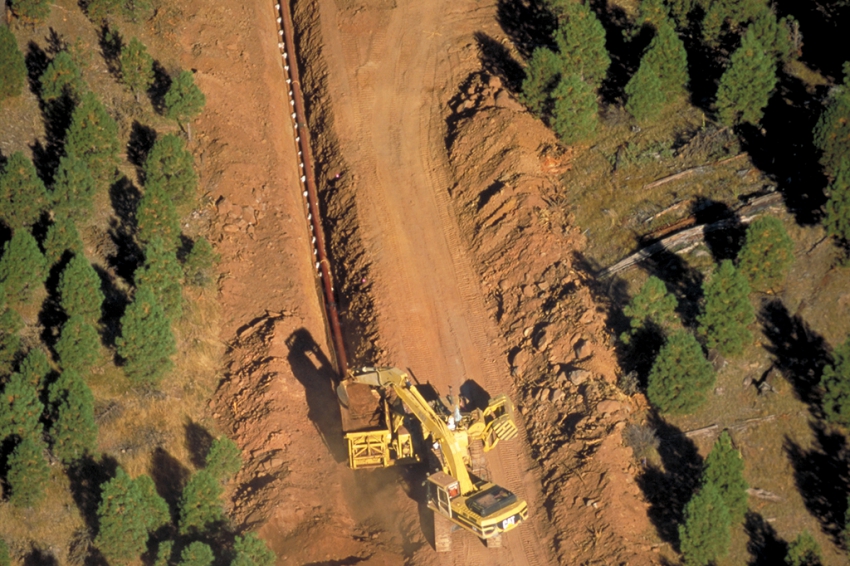 Yet others in Alberta’s oil country are grumbling.

“Most of the land owners are in favour of Energy East.  They are pro development.  But they have serious concerns about how the land is treated,” said Jim Ness, an Alberta farmer, who also represents the Canadian Association of Energy and Pipeline Landowner Associations.

Energy East would slice across his ranch in New Brigden, Alberta.

Ness said under current regulations, pipeline companies can apply to abandon a pipeline, leaving farmers like himself, to deal with any environmental messes in the future.

“Because under NEB regulations, they don’t care about the soil, the abandoned pipes rotting in the ground and becoming a conduit from contamination of groundwater, etc,” said Ness.

In Saskatchewan and Manitoba, where the pipeline would come near Regina and Winnipeg, and several towns -- opposition has been getting more vocal.

Van Waarden photographed a Manitoba man, Robert Smith, whose small town would see the intersection of the pipeline with existing infrastructure.