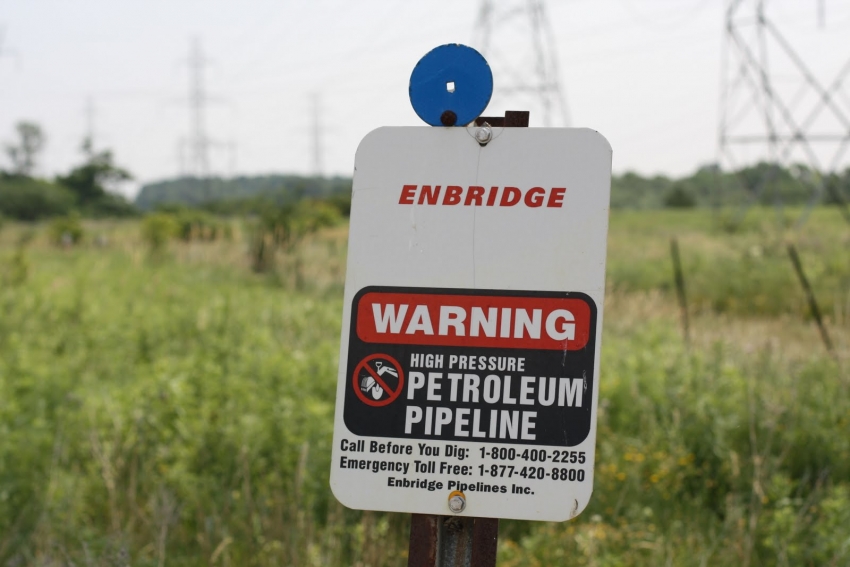 Enbridge Inc. reported last night that they "shut down and isolated" the Line 4 pipeline at the Regina Terminal in Saskatchewan at approximately 10:55 p.m. MST on Tuesday, after a release from the line within the on-site pumping station.

Enbridge Inc.'s media release stated there are "no impacts to the public, wildlife or waterways, Enbridge officials said in a press release. Nearby residents and businesses may detect a faint odour."

"Air monitoring is being conducted and levels are well within safety limits. Enbridge first responders with clean-up and response equipment are on-site and expect the cleanup of free product to be completed tomorrow," the company's official statement said.

"Immediately upon Enbridge's confirmation of the release, the pipeline and pumping station were shut down. Assessments have confirmed that the release occurred entirely within the facility, and that all product is contained on-site in designated catchment areas. All regulatory, municipal and provincial officials have been notified.

"Initial estimates place the volume of the release at approximately 1,350 barrels (subject to change).

"A complete investigation into the incident is being conducted. We are committed to the goal of reaching zero spills and will thoroughly investigate the incident for lessons learned. At this time there is no estimate for the re-start of Line 4. Enbridge has notified shipper clients and will work with them to mitigate any impacts to deliveries."

Sessional lecturer at The University of Toronto and Greenpeace Canada campaigner Keith Stewart says the scenario could have been worse.

"It shows just how fast these things can happen, because I think it only spilled for a few minutes and yet out came 1300 barrels,” he said. “Fortunately, we had a pumping station where it’s relatively easily to contain, but if it happened at a more rural location it probably would have taken a lot longer to detect, and the damage would have been a lot worse."

He added, “every one of these spills is a challenge to the oil industries claims that these pipelines are safe. I think it’s an indication that when it comes to balancing maintenance cost versus profits they are skimping on the maintenance costs and the oil industry has a real problem right now with public trust, and these type of incidents don’t help."

The National Energy Board's Paul Lackhoff said that additional cleanup will be ongoing in consultation with the NEB staff.

“The emergency phase has ended. Our staff has stood down and they will be off site today as of today,” he said. "The line was restarted safely yesterday in consultation with the NEB, and Transportation Safety Board they responded as well. They have not yet declared whether they will lead an investigation, but it’s still in their power to do so.”