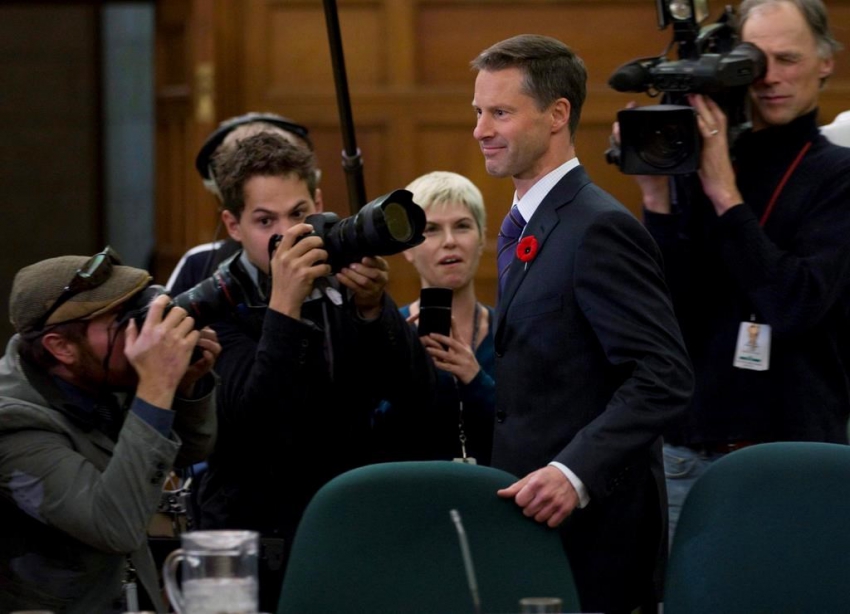 Photograph by The Canadian Press

OTTAWA — Dozens of people are expected to make an appearance in an Ottawa courtroom over the next several weeks as suspended senator Mike Duffy stands trial on charges of fraud, breach of trust, and bribery.

Here’s a guide to some of the people who are expected to be on hand.
___

The Men in Robes

Mark Holmes and Jason Neubauer: Crown attorneys from Ottawa with signficant criminal convictions under their belts.

Benjamin Perrin: Former legal adviser in the PMO. Perrin has said he did not participate in Wright’s decision to cut Duffy a cheque. RCMP documents show Perrin negotiated directly with Duffy’s lawyer to set the terms of the repayment.

Chris Woodcock: Former PMO director of issues management, who worked with others on reshaping a Senate committee report on Duffy and developing media lines for the senator. Now an executive at the Canada Mortgage and Housing Corp.

Conservative Sen. Marjory LeBreton: Former Government Leader in the Senate. LeBreton complied with PMO desire to try and close the book on the Duffy expense issue after repayment. Scolded behind the scenes for not controlling situation better.

Conservative Sen. Carolyn Stewart Olsen: A member of the same Senate committee. Relayed back to committee changes the PMO wanted to the Duffy report and voted for the edits.

Chris Montgomery: Former head of issues management inside LeBreton’s office. Pushed back at PMO’s meddling in the Senate committee report on Duffy. Now works for Canadian Association of Petroleum Producers.

Gerald Donahue: A friend of Duffy’s from TV days. Duffy awarded him money for contracts for consulting and writing services. Police allege no real work was done.

Mike Croskery: A personal trainer who police allege received more than $5,000 in Senate funds via Duffy.