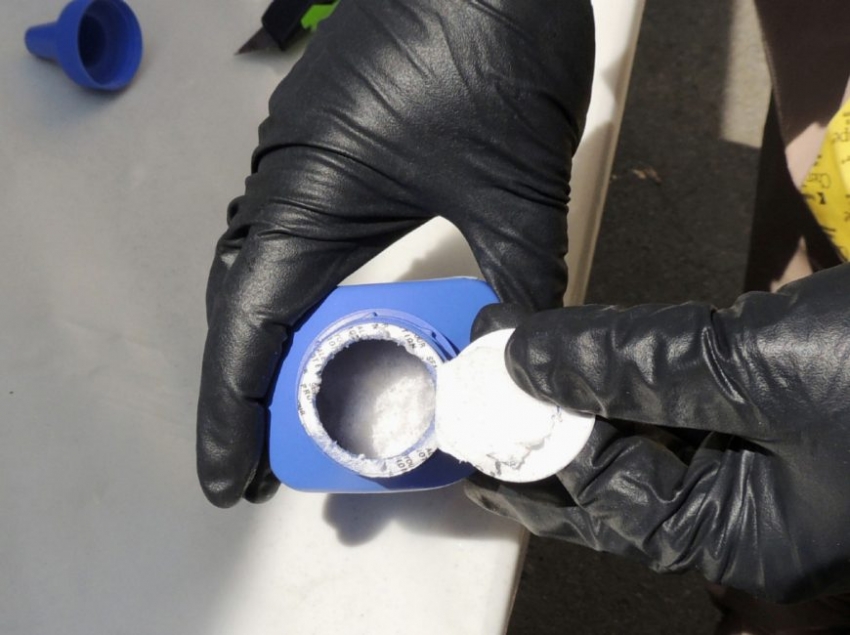 Vancouver police are warning drug users to be cautious following the seizure of an opioid that is used to tranquilize elephants and believed to be 100 times more powerful than fentanyl.

Police said two samples of a drug seized in September have been confirmed by Health Canada to contain trace amounts of carfentanil.

The drug was believed to be heroin when it was confiscated from a man reported to be carrying a firearm in the city's Downtown Eastside, police said.

"It's the first time we've seen it in Vancouver in any of the seizures we've done," Sgt. Brian Montague said Tuesday.

The drug has been seen elsewhere in Canada, including Alberta, Manitoba and Ontario.

Vancouver police don't know where the carfentanil came from, though fentanyl is believed to be exported from China, Montague said.

He said the existence of carfentanil is concerning because the coroner's service has already reported 622 illicit-drug deaths in British Columbia between January and October, with fentanyl involved in 60 per cent of them.

Montague said deaths from opioids, such as the powerful painkiller fentanyl, are a regular occurrence in the city despite the existence of two supervised-injection sites.

"In the last few days we've had more deaths in Vancouver area than we would see in about a month," Montague said, adding fentanyl is suspected.

Barb McLintock, a spokeswoman for the coroner's service, said it's too early to say if the deaths involve illicit drugs.

The agency is not yet equipped to test regularly for carfentanil but is expected to start next month, she said.

The drug is used to sedate large animals and considered 10,000 times more toxic than morphine. A tiny amount equal to a grain of sand could potentially kill someone.

Alberta's medical examiner reported last month that carfentanil was detected in the bodies of two men in their 30s.

Mounties in that province have said they seized a cache of carfentanil last summer and that it had the potential to create 50 million lethal doses.

Note to readers: This is a corrected story. A previous version based on information provided by police said carfentanil is 100 times more powerful than heroin.