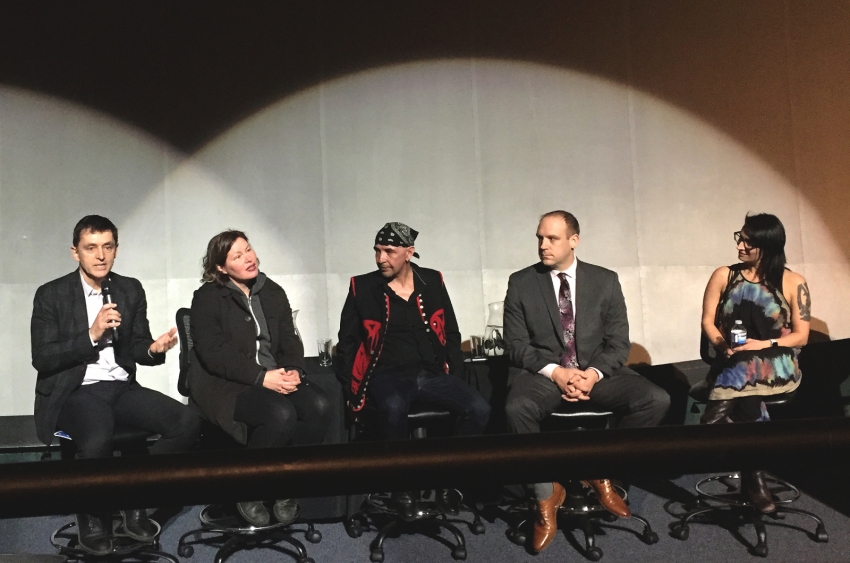 In collaboration with Science World, the BC Centre for Disease Control's Foundation for Public Health hosted an evening panel focused on addressing the opioid overdose crisis: a public health disaster that saw almost 1,500 deaths provincially in 2017. That number is up dramatically: before 2016, the annual average of opioid overdose deaths in B.C. stagnated between 200-300.

Yet all of these, the panel was gathered to say, were preventable.

A mix of frontline workers and policy experts were invited to the Omnimax Theatre to host the public discussion which was designated 'Understanding the Overdose & Opioid Epidemic.' As the evening unfolded, the majority of the conversation centred around the clear solution: the decriminalization of all drugs for use in medical and 'peer'-assisted settings.

"This is a demand-driven epidemic, not a supply-driven epidemic," said Dr. Mark Tyndall, Deputy Provincial Health Officer and Director at the BC Centre for Disease Control. Dr. Tyndall is also an epidemiologist and public health expert who has studied HIV, extreme poverty, and drug use in communities around the globe. "When you see the extent that people will go [in order] to get the drugs they need," he says, they will find them.

Enforcement is ineffective in curbing most drug use: there have even been difficulties in keeping narcotics out of prisons, our most guarded institutions. "So there is no hope that we'll ever be able to touch this [crisis] by stopping drugs from coming into our country,” the physician explains.

Dr. Tyndall was joined on the panel by Sergeant Michael Wheeler from the Vancouver Police Department who has worked as a detective in both the Drug and Homicide Units. With 16 years on the force, including patrolling the Downtown Eastside and Commercial Drive areas of Vancouver, Wheeler confesses the VPD is on board with leaving drug prohibition behind as a failed policy. "We're trying to move away from traditional policing aspects," he emphasizes. "We're recognizing that this opioid crisis is a health crisis, not a criminal problem. This is not something that we're going to arrest our way out of."

Featured on the panel was also Erica Thomson, the Regional Peer Coordinator at Fraser Health and an outreach worker at the Women's Resource Society of the Fraser Valley. Thomson explained that you don't need to be a user yourself in order to help. "You [can] talk to people; get out there and try to be part of the solution."

Thomson believes that the way society views people who use substances has been socially constructed by the stigma of the War on Drugs. "And to me, that means it can be de-constructed. We need not continue this discourse of people being disposable." The health coordinator later calls for an end to the mindset that divides people between "the deserving and the undeserving.”

Supporting Thomson's words, Dr. Tyndall tells the audience that, "the work we do is not giving up on people." Clearly affected by what he's seen, the physician is caught off guard by emotion and pauses to avoid welling-up. He goes on to explain how 78 per cent of people who died never had the opportunity to call 911.

"For decades, prohibition and criminalization have driven people underground,” he says. People die because they're trying to avoid being caught with drugs. "This is what we're left with: a lot of lonely, isolated people using drugs."

And toxic drugs to boot.

Fentanyl and carfentanil have poisoned our drug supply, Dr. Tyndall explains. "80 per cent [of those] found dead had fentanyl in their system." He reveals that heroin is no longer found in Vancouver today. "The whole system has been hijacked by this very potent, synthetic, and cheap compound."

The crisis is affecting communities across the province, the epidemiologist further explains. There is a lot of focus on the DTES, but the provincial death toll is astronomical, he says. "No community has been left untouched." Dr. Tyndall believes that this crisis has unmasked the very large number of people who are, in fact, using drugs throughout the province.

Persons who were saved from dying of a poison-related fentanyl overdose had people around them who knew how to use Naloxone: those on the front lines, friends, and community workers, in addition to paramedics and other first responders, the panel explains.

Sarah Blyth, a former parks board commissioner and overdose prevention pop-up site pioneer, illustrates that the only way out of this crisis is to end what caused it: prohibition. "All levels of government [must] have the bravery to do something different." Something different, that is, from what we've tried for over a hundred years now "which clearly hasn't worked," she points out.

But not for lack of resources: drug prohibition via policing and law enforcement ate up $14.2 billion of the 2015/2016 federal budgets, but drug use clearly hasn't stopped. Decriminalizing drugs and further making drugs available to people are equally necessary, Blyth says, in order to ensure people don't have to seek out drugs that are toxic.

Blyth is a founding member of O.P.S., the Overdose Prevention Society recently launched in the Downtown Eastside. Having obtained her CMM, a med-management certificate, she is able to give out life-saving medication at the site. "While O.P.S. and other safe-injection pop-up sites are saving thousands of lives (with community volunteers [using] Narcan in a tent, in an alley), getting to the solution is not just watching people overdose on a toxic drug supply. We need to move past that." She insists we get people into proper housing with access to proper medical care, which includes safe access to drugs that will not kill them. Blyth and her team of volunteers have seen 10,000 at their site and saved over 500 lives. 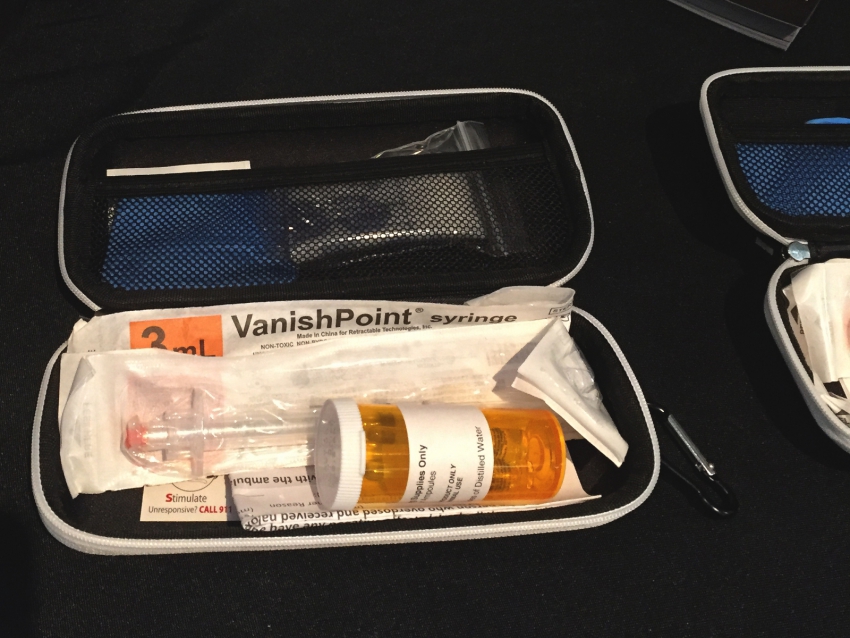 The healthcare system in Vancouver is also noticing and responding slowly, albeit appropriately. "Crosstown Clinic offers a program to 100 people," the former parks board commissioner shares. "They give safe injectables to people so they can go in and get their medication every day." She's seen those with access to safe heroin or hydromorphone programs go on to lead very prosperous lives. "They don't have to get their drugs off the street, they don't have to break into cars, they don't have to do survival sex trade work, and they don't have to deal with gangster-type dealers that are terrible to them, or do other awful things to get these drugs."