In their own words: demonstrators speak out against Harper's Enbridge pipeline decision

"Here, you see older people, people in suits, people from all walks of life. I think there's enough dissent in BC to stop this." 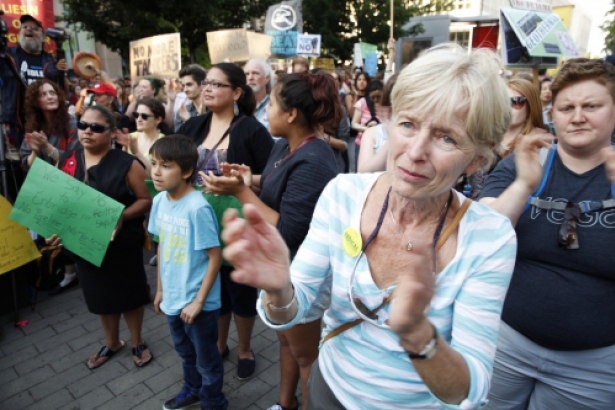 "I’m a mortgage broker, a banker," said Krishna Mulder. "What these guys are doing is making decisions based on a very short period of time and neglecting the future. It’s my future, and if I were to have children, my children’s future too. And it’s completely  unacceptable."

"I don’t believe the economic benefit of one Canadian Tire store — which is what the economic benefit of this pipeline works out to be in BC — is worth putting that sort of risk into play. When you consider the livelihood of our fisheries and tourism industry, it’s very short-sighted. I feel can’t just sit down and watch this happen. I have to participate.”

Mulder was part of the large crowd gathered in front of the CBC building in downtown Vancouver last night to protest the federal government's decision to approve the Enbridge Northern Gateway pipeline. Young and old, Aborginal and non-Aboriginal people shouted and cheered as speakers voiced dissent against the controversial $7 billion project, which would carry diluted bitumen across over a thousand rivers in northern BC to a terminal in Kitimat. 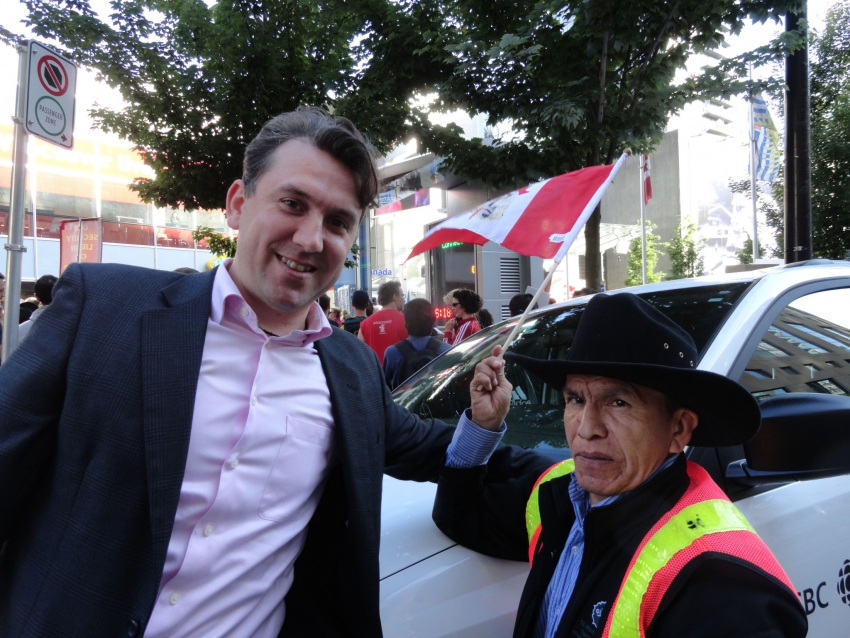 A young man who wished to remain unnamed told the Vancouver Observer he came down to protest because he empathized with BC's pipeline critics.

“I’m originally born and raised in Fort McMurray. I’ve been pro-oil my entire life until I came out here — then I saw the environment, and I understand why people are upset. I don’t want it either."

He said although he used to be dismissive of pipeline opponents, he grew increasingly disillusioned by the oil sands industry over the last several years.

"I don’t like what’s going on (in Fort McMurray) anymore. If you look at tailings ponds, it’s disgusting. That's not sustainable. Yes, it is Canada’s economic future, but it’s terrible what’s happening.”

Despite the euphoric mood at the rally, a handful of observers seemed resigned to the idea that Northern Gateway would soon be built. 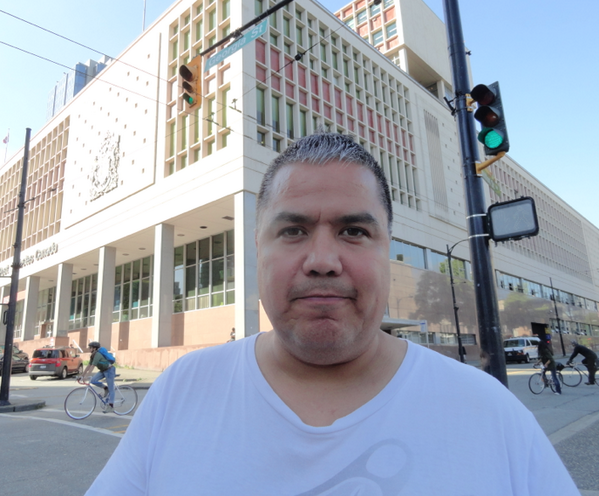 “I don’t think industry is going to be be satisfied until we have nothing left," said Gootchahoo, a Tlingit First Nation member. He stood watching the protests  from a slight distance.

"They are going to get away with Northern Gateway. It’s unfortunate. It’s very sad. The government and industry has been getting away with genocide for 500 years so what’s going to stop them now? It’s just more of the same, right?”

"I am dressed like this, because this is what I'm going to be cleaning up when I am older," said Lee-Tam.