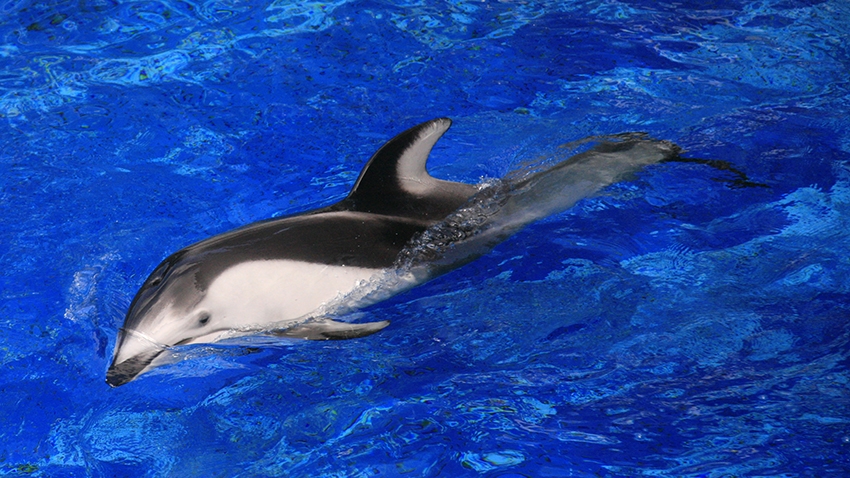 Hana, a dolphin, died a week after it was diagnosed with a gastrointestinal illness. Photo courtesy of the Vancouver Aquarium

Hana, one of two Pacific white-sided dolphins living at the Vancouver Aquarium, died this week of a gastrointestinal illness, despite a desperate attempt to save her live with first-of-its-kind surgery.

The female dolphin was diagnosed with gastrointestinal distention and inflammation after she showed erratic behaviour last Monday. Surgery was performed on her on Thursday, but it wasn’t enough to save her life.

The Vancouver Aquarium has said that the illness that killed Hana is common among animals both in professional care and in the wild, but former Vancouver Parks Board Commissioner Sarah Blyth believes her death is an example of the harmful consequences of keeping cetaceans in captivity.

Blyth, during her term at the Parks Board, called for a ban on breeding captive cetaceans.  She said she hopes the death of Hana can serve to reopen the discussion on whether the Vancouver Aquarium should be allowed to continue holding dolphins and belugas at all.

“I hope that it opens up the conversation again about the importance of phasing out cetaceans in captivity,” she said. “I think we need to learn that we don't need them for entertainment.”

A dolphin's journey into captivity

Hana arrived at the Vancouver Aquarium in 2005, two years after she was rescued from entanglement in a fixed fishing net off the coast of Japan. Vancouver became her permanent residence when Japanese authorities deemed her unfit to be released into the wild following a two-year recovery period form her injuries at the Enoshima Aquarium. Helen, another rescued dolphin in care at the Enoshima rescue centre, arrived with her.

During a decade at the Vancouver Aquarium, Hana was visited by more than 10 million visitors, students and scientists. She was a subject of several research projects, including one to help understand how Pacific white-sided dolphins navigate underwater using sound, and why they get caught in fishing nets.

A week ago, the animal care team who worked with Hana noticed a change in her behaviour. After examining her, they determined she had a gastrointestinal distension and inflammation. The illness is a “rapid and life-threatening condition that occurs in animals everywhere, both in professional care and in wild populations,” according to the Vancouver Aquarium. 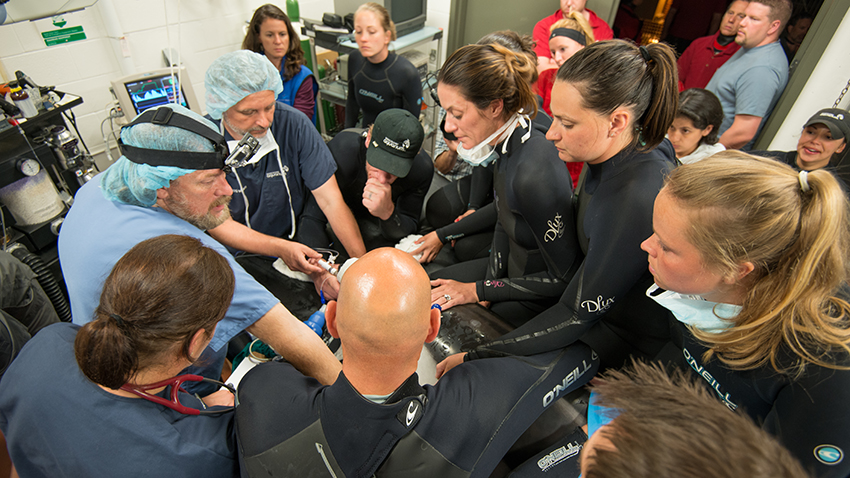 Last Thursday, as Hana’s condition deteriorated, a team of veterinarians decided to perform surgery on her. It was the first-ever bowel surgery performed on a Pacific white-sided dolphin under general anesthesia.

Hana survived the procedure. Then, on Sunday, her condition worsened. She passed away during the evening.

According to the Vancouver Aquarium, studies have estimated the average lifespan of Pacific white-sided dolphins at between 20 and 40 years. Hana was 21 when she died.

The push for a breeding ban for captive cetaceans

The debate over captive cetaceans was brought to the forefront in 2013 with the release of the documentary, Blackfish. The movie, which focuses on the captivity of an Orca involved in the death of a SeaWorld trainer, fostered protests in the United States that called for the closure of SeaWorld and other water theme parks.

The film also made an impact in Vancouver. Shortly after the release of the documentary, groups of protesters started gathering outside the Vancouver Aquarium to push against the holding of dolphins and belugas.

Last July, the Vancouver Parks Board debated whether the aquarium should be allowed to keep cetaceans in captivity. The decision was in favour of not banning the practice. But the board, then dominated by Vision Vancouver, decided to put an end to the breeding of whales, dolphins and porpoises in Vancouver Parks, unless they are a threatened species. The commissioners also voted in favour of establishing an oversight committee to ensure the safety and well-being of cetaceans in captivity.

The parks board, though, didn’t pass the bylaw amendment to bring the new rules into effect before the November 2014 municipal election.

The election shifted the majority in the parks board to the Non-Partisan Association [NPA], and the elected NPA commissioners have since made public their intention of reverting the ban.

The board is scheduled to review the issue sometime this year, but Blyth is not hopeful about the outcome.

“They've made it very clear that they don't want to look at it,” she said.

Blyth argues that the NPA’s motivation to revert the ban stems from some of its members' closeness to the aquarium. Sarah Kirby-Yung, the parks board’s Vice-Chair, previously worked as a vice-president at the aquarium; and re-elected commissioner John Coupar’s company has done business with the aquarium in the past.

“I think that their tendencies are to look at the business model and money as opposed to ethics,” she said. “Their priorities are on money and business as opposed to ethically determining how we should be living in the world with the creatures that also walk with us and should not have to entertain us.”

The Vancouver Park Board and the Vancouver Aquarium were not available for interviews before the publication of this story.