On the eve of Ottawa's decision on Northern Gateway pipeline, 300 scientists say a recent federal review of the project was deeply flawed. 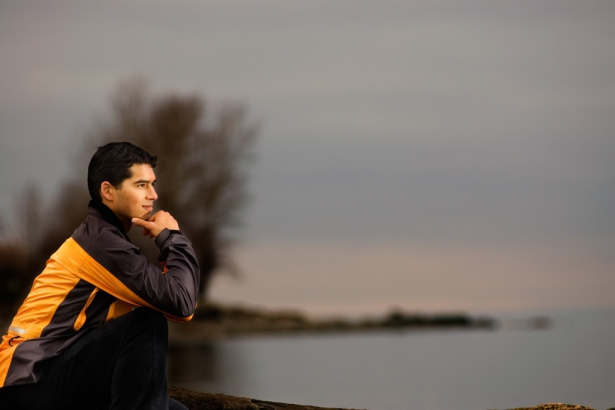 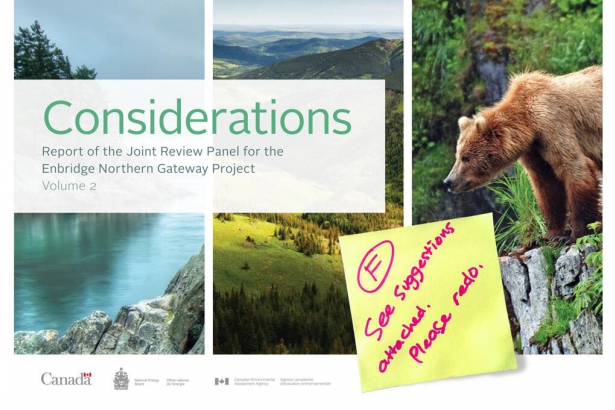 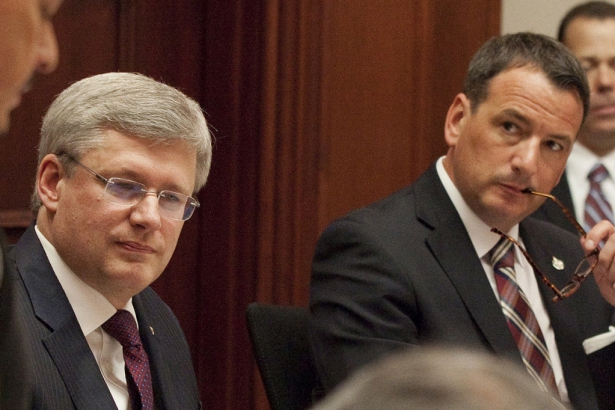 In what may be the most stinging criticism against the Northern Gateway project yet, a group of 300 scientists have submitted an open letter to Prime Minister Harper urging him to reject a recent federal review recommending the passage of the oil sands pipeline.

It's signed on by a who's who of Canada's scientific establishment, Canada Research chairs, PhD candidates, as well as researchers as far away as Oxford, Stanford and Harvard.

They state that the scientific basis of a recent Joint Review Panel report, which recommended in December that Enbridge's $7 billion pipeline be approved, was "deeply flawed" and "biased."

“They excluded all kinds of really important evidence by constraining their analysis to a very broad take on the benefits, and a very narrow take on the costs,” said Dr. Kai Chan, an associate professor with UBC's Institute for Resources, Environment and Sustainability, and a Canada Research Chair.

“The public looks to these supposedly independent panels for an independent, objective review of the science and economics of the projects.  They are supposed to be rigourous – they spent millions of dollars."

"But it was a highly legalized process.  A lot of science that people assume is critical to the decision, is either being excluded or being considered in a highly flawed or biased way,” said Chan.

Northern Gateway's 1,177km pipeline would pump 525,000 barrels of Alberta oil sands bitumen per day, on to 220 super tankers annually in Kitimat on B.C.'s northwest coast.  The ships would traverse the Douglas Channel, bound for Asia and California refineries.

The fuels would be burned by consumers worldwide. 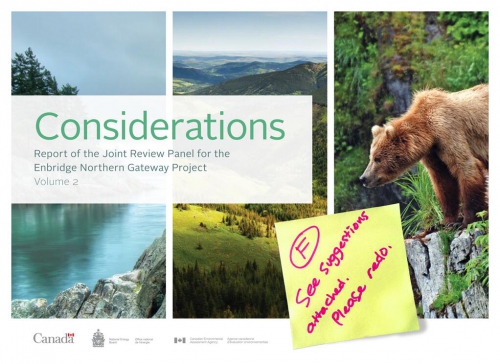 Graphic from website of UBC Institute for Resources Environment and Sustainability

Prime Minister Harper must decide whether to approve the pipeline this month.

"The independent National Energy Board recommended that 209 conditions be imposed on Northern Gateway Pipelines' infrastructure proposal. Their rigorous, comprehensive, science-based examination was informed by more than 1450 participants, 175 000 pages of evidence and 9,000 letters."

"The federal government is reviewing the independent regulator's recommendation. Our government has been clear that proposals cannot proceed unless they are safe for Canadians and safe for the environment," said Rickford, in an e-mail to the Vancouver Observer.

The proponent - Enbridge - did not respond to requests for comment. 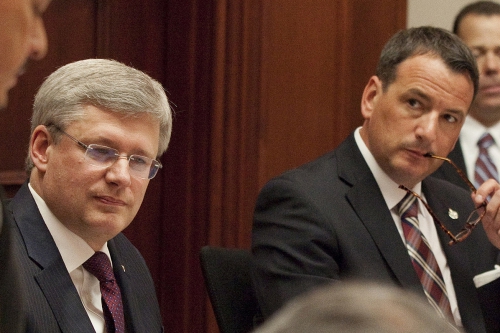 The scientists' open letter can be read here.  It states, the Panel:

Most notably Chan said, climate change was not a consideration in the JRP's review of the pipeline.

“From our perspective, climate change seems to be the most important environmental threat facing the planet.  And not talking about climate change, contradicts our government’s promises to do something about emissions through various international processes – it’s unjustifiable”

“We’re not taking a stand on Northern Gateway.  The project is what it is, but the point is, the federal [scientific] basis for the decision of this Joint Review Panel report – it’s badly flawed in several important ways,” added Chan.

Chan added that the JRP review also flies in the face of the federal government's own laws regarding the protection of animals.

“The report actually contradicts the government’s own documents for recovery plans and management of species at risk.  Like for sea otters and other marine mammals.”

“There are recovery plans on record that say oil spills are among the most important risks and threats to these species of special concern – which the government is obliged to manage in order to prevent their endangerment.  The Joint Review Panel [report] does not even speak to these species at all.”

In advance of the Prime Minister's decision, Minister Greg Rickford has visited B.C. in recent days to announce "world class" marine and land oil spill and response plans, that would involve First Nations and their local expertise. 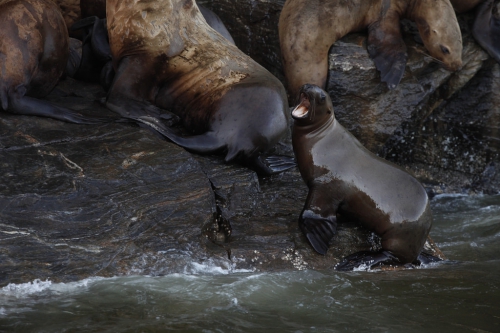 The Douglas Channel where oil tankers would berth is home to a rich array of marine mammals, including whales and sea lions.  Photo by Mychaylo Prystupa.

Enbridge approval could shake up Conservative majority in 2015