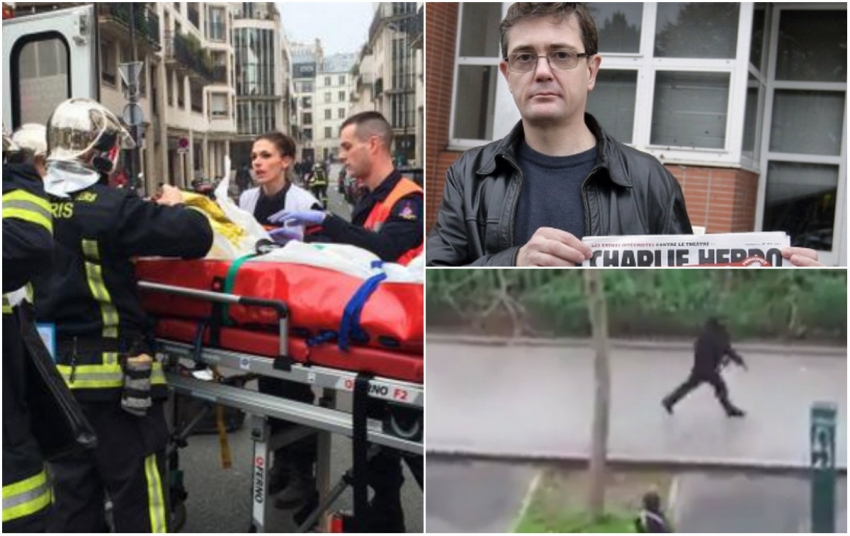 Under a cold grey sky, protesters in Paris defiantly raised their pens to show solidarity for Charlie Hébdo, a satirical weekly magazine that was attacked by gunmen Wednesday morning.

Three gunmen are said to have broken into the magazine's office just as the publication was holding its editorial meeting, and opened fire, killing 12 people in total. According to French newspaper Le Monde, the editorial team was "decimated" by the attack, believed to be carried out by Islamic terrorists. Some of Europe's best known satirical cartoonists, including Cabu and Wolinski, as well as economist Bernard Maris, were killed.

One of the cartoonists killed was Stéphane Charbonnier, also known as Charb, who was also editorial director at Charlie Hebdo. Frequently threatened for his sharp satire, Charb poked fun not only at radical Muslims, but also at far-right groups and prominent figures across the political spectrum.

Charb said in an interview in 2012, "It's maybe a little pompous to say this, but I'd prefer to die standing up than live on my knees."

His final cartoon was eerily prophetic, depicting a terrorist hinting at an attack in France. 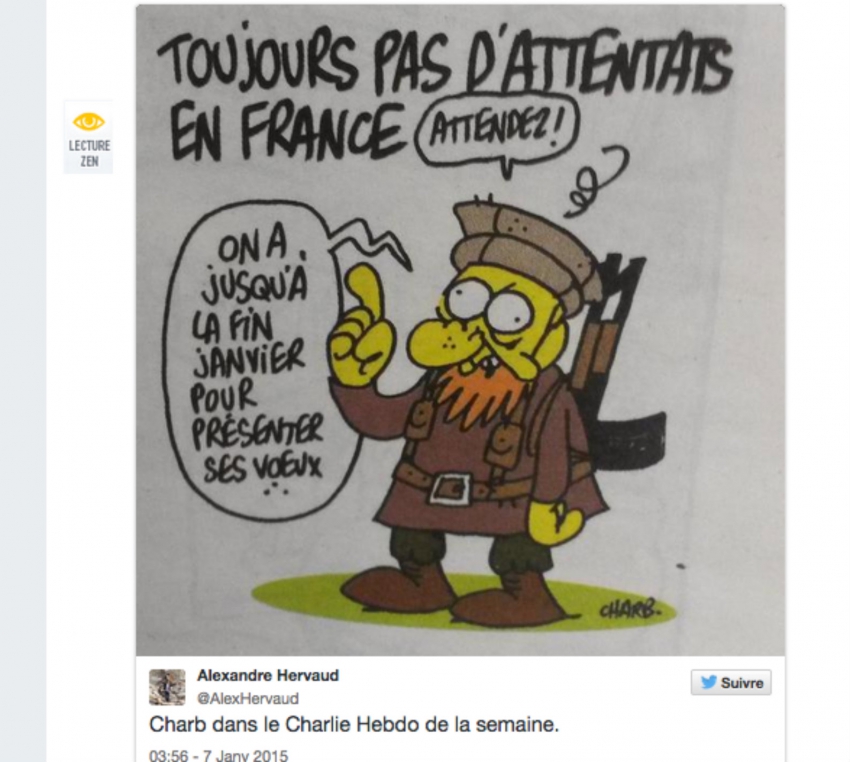 The cartoon reads: “No attacks yet in France". The terrorist comments: "Wait! We have 'til the end of January to say our (New Year's) greetings."

Renowned B.C. based cartoonist Dan Murphy tweeted an interview by the Cartoonists Rights Network International with Charb from 2012, in which he talks about an incident in which his office was firebombed by religious extremists after a cartoon depicting the Prophet Mohammed.