"Dr. David Suzuki has dedicated his life and career to educating and inspiring us all to take care of our planet and all who live here," said Mayor Gregor Robertson. 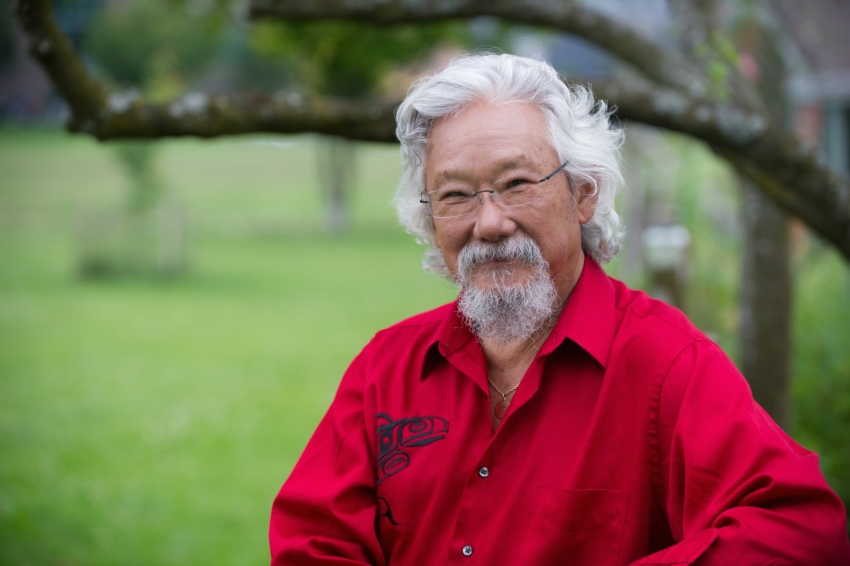 Dr. David Suzuki received Vancouver's highest honour on Oct. 30 when Council voted unanimously to award him the Freedom of the City.

Suzuki was granted the award for his long-standing environmental activism and efforts to educate the public about the natural world, stretching back a quarter-century.

"Dr. David Suzuki has dedicated his life and career to educating and inspiring us all to take care of our planet and all who live here," said Vancouver Mayor Gregor Robertson.

Council also planted a western red cedar tree in Suzuki's honour on the grounds of City Hall last Friday, in recognition of his continued leadership in inspiring people to care for the planet.

"He has touched the lives of countless communities and people across Canada, and his voice continues to ring loud and true on the urgent global challenges of climate change and species extinction. In recognition of his exceptional leadership to benefit Vancouver, Canada, and the world, it is an honour to present Dr. Suzuki with the Freedom of the City," said Robertson.

In the 25 years since, Suzuki's efforts to tackle both climate change and other forms of ecological destruction, as well as pushing for greater protection of natural habitats, has made him a global icon for environmental and social sustainability.

The City grants the Freedom of the City award only in exceptional cases to individuals of the highest merit. The recipient is usually someone who has gained national and international acclaim in the arts, business, or philanthropy, and who has brought recognition to Vancouver through his or her achievements.

The City began honouring individuals with the Freedom of the City Award in 1936.

Unist'ot'en Camp on "high alert" under rumours of police raid