"My grandson was dragged across the line and was arrested! I'm disappointed and it grieves me because of the respect we have for you!" Suzuki shouted. 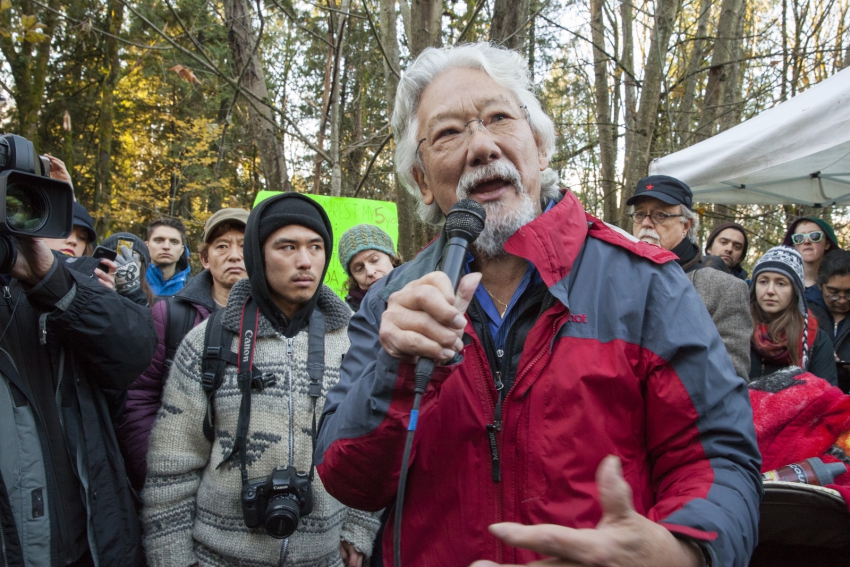 David Suzuki at Kinder Morgan protest on Burnaby Mountain on Sunday, with grandson Tamo Campos behind him to the left. Photo by Mychaylo Prystupa.

Legendary environmental leader David Suzuki stoked an already heated pipeline protest Sunday, when he walked up to a police line protecting Kinder Morgan drill crews, and railed against the officers for their treatment of his grandson, arrested earlier this week.

"My grandson was dragged across the line and was arrested!" Suzuki shouted, his voice filled with emotion.

"I'm disappointed and it grieves me because of the respect we have for you!"

The 78-year old spoke into the mic about his own experience growing up in Japanese Canadian internment camps during the Second World War, and how police treated him at that time.

"I can tell you they treated us like human beings," he said. "But now you're here to enforce the law. That doesn't mean that you're above the law! Or that you make your own laws!"

The moment was captured on video by the Vancouver Observer.  The RCMP has been asked to comment on Suzuki's speech.

Hundreds of people witnessed the outburst, and many screamed, "Shame!" towards the police.  Many had been crushed against the police line for hours on Burnaby Mountain, and Suzuki's appearance was a surprise to many.

An hour earlier however, other members of his clan were present.
Suzuki's granddaughter Midori Campos and daughter Tamiko Campos gave a speech.  They, along with women from Tahltan Nation -- the same band that pushed Shell Oil out from its territories a few years ago — announced to the crowd that they were going to cross the police line. The women squeezed past a wall of about 20 RCMP officers and were detained.
After the arrests, tension in the crowd rose. People screamed angrily, and shoved officers. Someone at the front of the crowd held up a large mirror so that the RCMP officers were forced to look at themselves. 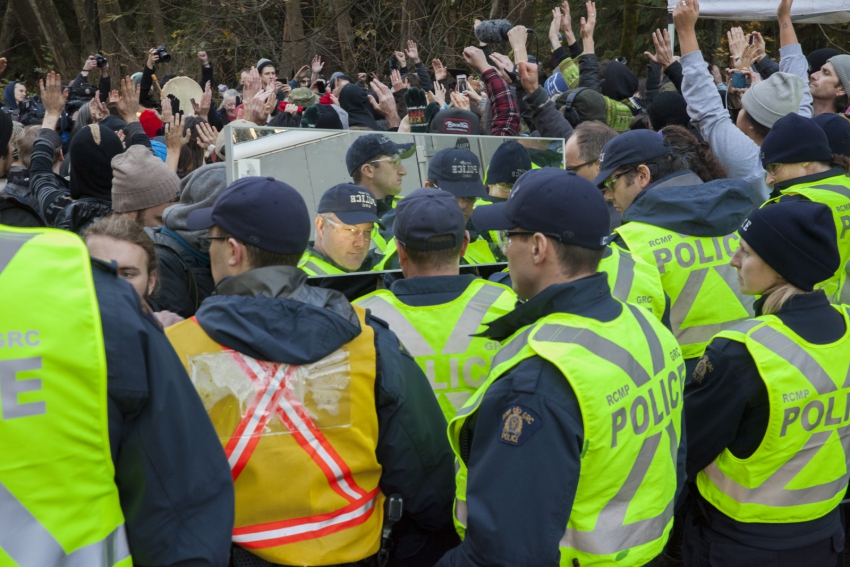 Following Suzuki's speech, Suzuki was asked by the Vancouver Observer what he would say to Kinder Morgan:

"You're a sunset industry. What do we expect Kinder Morgan to say? Their job is to make money and they'll do it however they want. I'm not going to change their mind on that."

"It's mainstream thing. But it's a clash between two world views. But unfortunately the one world view represented by Kinder Morgan is all-powerful economically and politically. People are desperate and need to put their bodies on line," Suzuki said.

According to an eyewitness Sunday, about a dozen protesters were taken by police today, among them an 11-year-old girl, and her mother.

When a reporter from Sun News asked if he would comment on whether people should bring children to the Burnaby Mountain event, Suzuki said it's people's choice. He paused, looked at her more closely and said, "Who are you with?" 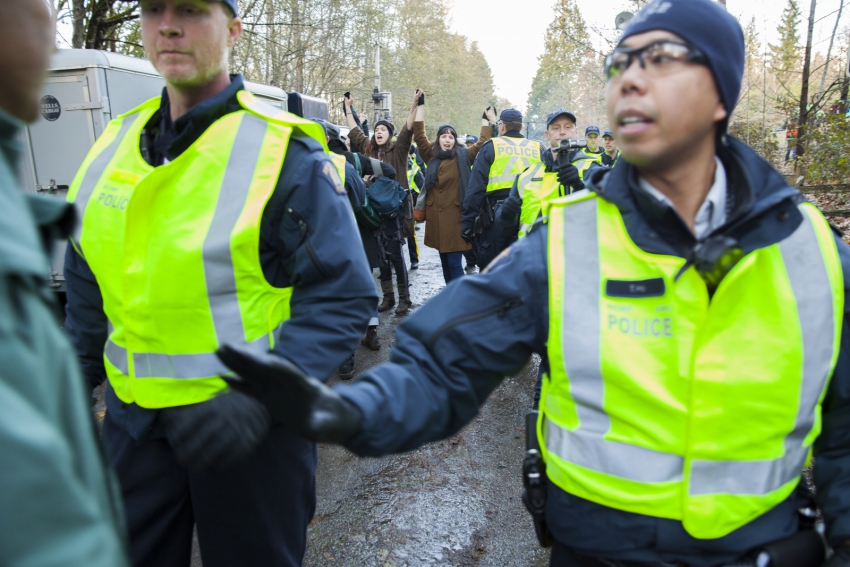 He then said, "Canada should be ashamed of itself," adding that he was there supporting his grandson, Tamo Campos, who was on the mountain today and was arrested on Thursday.

"We as Canadians need to wonder why so many are willing to be arrested."