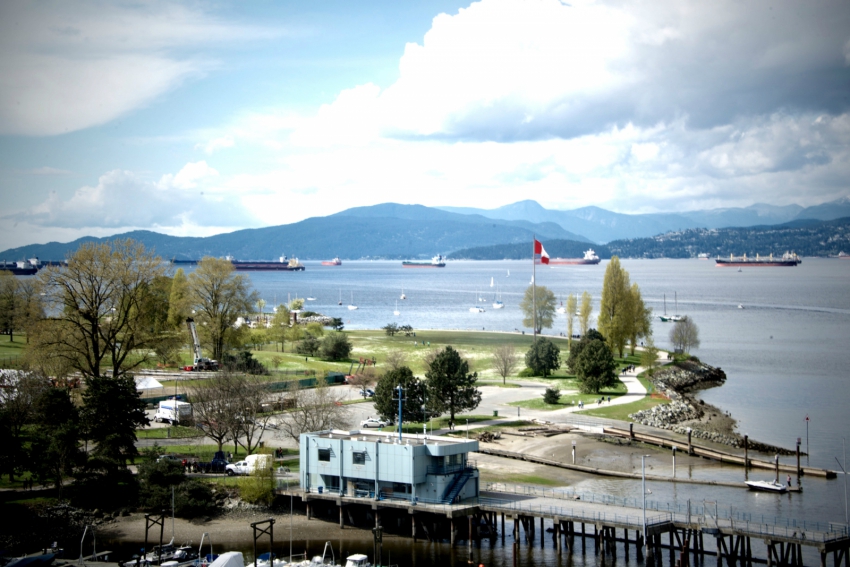 In an open letter to Prime Minister Stephen Harper, Sara Kalis Gilbert, daughter of the late Coast Guard Captain Pieter Kalis, vowed she is "taking up the torch of her father" to see the Coast Guard station at Kitsilano point reopened.

Kalis Gilbert told the Vancouver Observer she wrote the letter after the spill at English Bay "triggered memories," of stories her father told her about hundreds of high seas rescues and oil spill recovery operations.

She said she does not believe the clean up numbers nor the "world class"  response statements made by the federal government and Coast Guard.

"They are not aware of how much oil has spilled," she said. "So how can they know how much is left?"

Her petition to re-open the base has received more than 7,000 signatures, and this week, an NDP MP read her letter in part to the House of Commons and in full to the Senate.

Kalis Gilbert said the response has been encouraging, but he is not sure if Prime Minister Harper has read it. She said she received a "canned email" response from the federal government, stating the letter has been forwarded to the Department of Fisheries and Ocean (DFO).

"I've been told to keep going. That this issue could lead to real change."

The full text of the letter below:

My name is Sara Kalis Gilbert. My father, Captain Pieter Kalis, worked in the Canadian Coast Guard for many years, beginning in 1959, retired in the mid-eighties.

He worked on the weather ships, the ice breakers, captained the CCGS Skidegate through the Northwest Passage in 1975 (for which he received commendations in Ottawa), and rounded out his career as Master of the CCGC Rider out of the Kitsilano Coast Guard base.

He was lauded for his abilities and many of his crew members attribute their career advancements and skills to the example he set.

As a child, I heard the harrowing stories of rescue at the supper table, I heard the commentary regarding the lack of much-needed repairs and seaworthy vessels; but mostly, I heard the dedication and the desire to serve a country that he dearly loved.

He was originally from the Netherlands but became a Canadian Citizen with much pride. My father dedicated, and often risked, his life to aid others and to protect our environment.

He passed away a year ago, and is no longer able to carry the torch to rally for the retention of vital services in the Pacific Region. I am taking up that torch.

I realize that government cutbacks are a necessity. I realize that even small cuts, if there are enough of them, make a difference to the overall budget. I don’t understand why these cuts have to be in the form of consolidation and closure of Search and Rescue facilities; while in other sectors of the government, new cell phones and computers are being issued mandatorily to staff that have functioning ones. Similar expenditures are commonplace.

The Kitsilano Coast Guard base required approximately $700,000 annually to function. With an increase of shipping traffic expected, the necessity of having a base there increases exponentially.

Further consolidation of communication bases in the Coast Guard (the closing of the Vancouver-based communication base has a direct view over the harbour and can see what the cameras’ blind spots cannot, will close in May) is also alarming.

The recent oil spill in English Bay is a prime example of the requirement for a base to be located at Kitsilano. Response would have been immediate and equipment was at the ready.

The buildings remain intact, the public outcry is growing. I understand that you have stated that discussion of this matter is closed. It is my opinion that a leader should be open to reviewing a decision if circumstances change. In honour of my father’s memory, and all that he did in service to his country, I ask that you reconsider your decision. I know it would show the people of Vancouver, and indeed, British Columbia, that our concerns are yours.

Sincerely and respectfully yours,