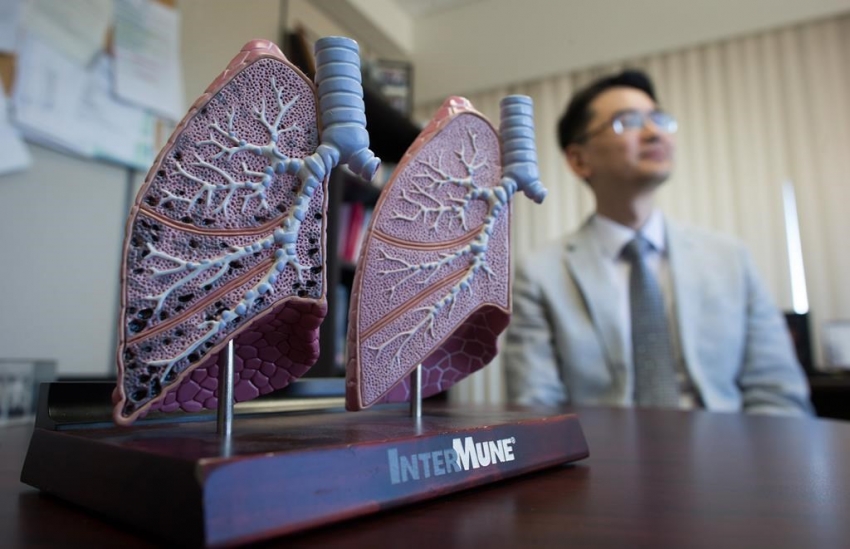 Millions of people who feel like they're suffocating from the symptoms of a lung disease could benefit from a new website its creator considers a crystal ball for helping doctors calculate how progression could be delayed with tailored therapies.

Vancouver resident Alan Finch, 62, is among an estimated 300 million people worldwide who have chronic obstructive pulmonary disease, but he's one of the first to get specific therapy because of an online lung-function predictor, developed, in large part, by his respirologist, Dr. Don Sin.

Chronic obstructive pulmonary disease, or COPD, destroys the lungs, leading to large holes in them and narrowing of the breathing tubes so patients hunger for air.

As a half- to one-pack-a-day smoker, Finch was diagnosed with the disease in his mid-40s after initially thinking his shortness of breath was due to asthma. In 2005, he developed a lung infection that put him in an induced-coma.

Finch responded by ditching the cigarettes and joining a gym to become healthier to the point that his lungs became more efficient in extracting oxygen and releasing carbon dioxide.

But there are days when he can't go up the stairs, let alone exercise, he said at his doctor's office at St. Paul's Hospital.

Finch has hope, though, that his COPD will be further stabilized with more interventions because of the online tool that was developed through a study involving a team of researchers in Canada, the United States and Europe, with his doctor leading the group.

The study was published earlier this month in the Canadian Medical Association Journal and is based on data from over 5,800 patients in Canada, the U.S. and Europe, allowing researchers to come up with computer algorithms that helped them develop the website.

Finch said halting the disease is his main concern, "instead of being reminded all the time that the disease I have is a progressive, incurable disease."

Sin enters Finch's latest clinical information into the site, including the results of a breathing test that showed his patient can breathe out 1.37 litres of air in one second.

"For a normal person of his age, it would be 3.19 litres, so he's at stage three of COPD," Sin said, as red and yellow bars appear on the screen.

The red bar shows the probability of a patient needing an oxygen tank, he said. "Red is bad. So we know that if we don't do anything today that at the end of 10 years his probability of ending up with oxygen is about 80 per cent. With this tool I would say we need to do something.

"We gave him a medication and we know, because we've done the test, that it's increasing his breathing by 0.3 litres. We can put that into the tool and you can see immediately, the red is going away."

Taking the drug for a decade will mean the chance of Finch needing an oxygen tank will be reduced by 20 to 30 per cent, said Sin, who will track his patient's progress annually.

"This is the power of what we call precision medicine or individualized medicine and this is where we need to be at 2016."

Similar websites that show doctors the probable progression of heart disease, for example, have existed for decades, and Sin said COPD, a growing disease that affects up to three million Canadians, required a similar tool.

Finch said his job as a forestry worker who breathed in wood dust may also have contributed to his disease, adding pollution and asthma are also contributing factors of COPD.

The disease formerly known as emphysema, chronic bronchitis and smokers' lungs, is growing despite lower smoking rates because the ravages of cigarettes take 20 to 30 years to show up, Sin said.

An aging population is another reason the number of COPD cases is climbing, he said, adding lungs become weaker with age and that anyone who has been exposed to pollutants or asbestos, for example, won't be hit with the impact until much later.

"In the next 20 years we're going to see a 50-per-cent increase in the number of COPD cases."