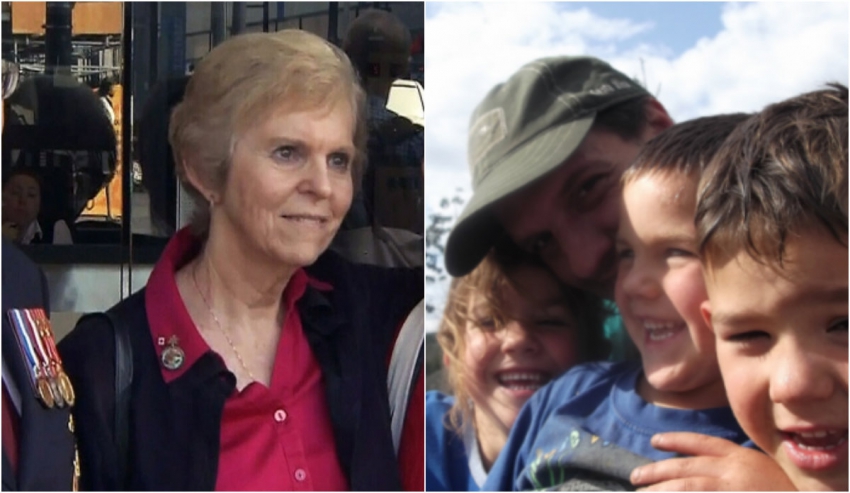 Citizenship advocate Don Chapman criticized Canada's Citizenship and Immigration as "shameful" yesterday for its rejections of citizenship applications from legitimate Canadians despite repeatedly promising to correct the law.

"It's shameful," Chapman said. "We did everything Citizenship and Immigration asked of us, paid their ($400) fees, and now they talk about deporting Donovan McGlaughlin."

McGlaughlin, a resident of Dawson City, Yukon, is an Indigenous Canadian who has lived in Canada for 41 years, and the son of a Canadian mother and Native American father. His wife, with whom he has three children, is a Canadian woman from Québec. Although he is of Canadian descent and has lived in Canada most of his life, McGlaughlin did not receive the proper paperwork to prove his citizenship at the time of his birth due to his Indigenous parents' deep distrust of governmental institutions.

"Yesterday I was informed that my application did not meet the requirements for a 5(4) and that it would be processed as a regular immigration application and would take 24 months to process," McGlaughlin said. "That was a huge blow -- considering the Citizenship Minister's office was the one that informed me I had to apply under section 5(4)."

Citizenship and Immigration representatives were reached for comment on Tuesday, but said it was not possible to comment on McGlaughlin's case without previous written consent due to privacy laws.

Chapman, who has been fighting for the rights of a group of legitimate Canadians excluded by citizenship due to outdated and discriminatory provisions of past legislation, called the federal government's treatment of McGlaughlin and example of "bad faith".

As a result of his work, the Citizenship Act has been amended multiple times to correct wrongful exclusion of people such as Canadian war veterans and born-abroad Canadians -- who, in many cases, worked and paid taxes in Canada for decades -- from citizenship.

Both former citizenship minister Jason Kenney and current citizenship minister Christopher Alexander have expressed regret over the suffering and "injustice" caused by previous loopholes in the law that forced legitimate Canadians to be excluded from citizenship. Yet despite passing a monumental law in June that included a clause specifically to correct the issue of Lost Canadians, Chapman argues that the federal government has yet to grant any 5(4) citizenship for anyone in his list of Lost Canadians since the bill was passed.

In addition to McLaughlin, Jackie Scott -- the daughter of a Canadian war veteran from the Second World War -- was also rejected multiple times in her attempts to apply for citizenship. On the last occasion, she waited two years to hear back from authorities. She finally brought the government to court, having been denied citizenship for close to a decade.

In Scott's case, the federal government claimed she was ineligible for citizenship because her Ontario-born father was technically not a Canadian citizen at the time of her birth in 1945, when he went overseas for the Second World War. Kenney told Scott in 2012 that soldiers like her father may have been "heroes," but they were not "citizens" (despite documents from 1943 clearly explaining that soldiers were fighting as citizens of their country).

In addition to Scott and McGlaughlin, the federal government has also previously denied citizenship to Heather Harnois, a Canadian of Ojibway descent, and to second-generation born abroad children, such as the child of a military couple in the Canadian Armed Forces.

Harnois, whose story has been widely covered in media such as the National Post and APTN, says she's shocked by the rejection of McGlaughlin's citizenship.

"I heard the news on Donovan's citizenship application and I am still in shock," she said. "I can only imagine how he must feel right now. All of his hope to move on with his life has just crashed."

McGlaughlin said he was confused by the federal government's repeated refusal to acknowledge him as a citizen, and efforts to deport him to the U.S. despite the fact that he has no ties to the States.

"I do feel the government has been harsh and unfair considering I have done everything asked of me so far," he said.

"I had an RCMP background check done in 2008, was cleared by Canadian Border Services in 2010. I filed the paperwork and paid the fees that the government asked for. I am a Canadian, but CIC insists that because of my father I am American, even though the United States has determined I am not. I am stateless and without rights."

"This has got to be the most heartless, un-compasionate, government I have had to deal with," McGlaughlin said.  "Mr. Alexander has the power under bill C-24 to grant and revoke citizenship with the stroke of a pen.  I have already jumped through all of his hoops, why can't he exercise his powers and grant me what is already mine by definition of the law?"