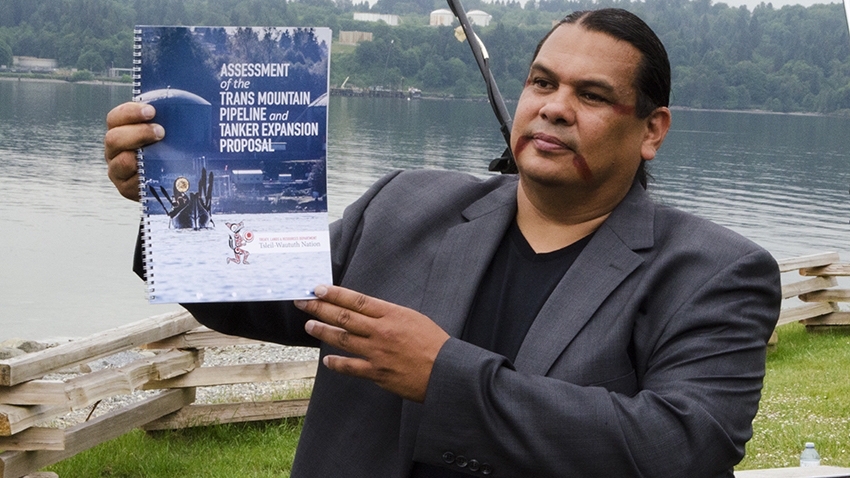 The Federal Court of Appeal has dismissed a challenge filed by a North Vancouver First Nation that claimed the National Energy Board's review of the Trans Mountain oil pipeline expansion was unlawful.

The Tsleil-Waututh Nation filed a challenge of the energy board's review process in April 2014 on the grounds that it violated their aboriginal rights and the Crown had breached its duty to consult.

But a three-judge panel of the court has ruled that the First Nation declined opportunities for consultation leading up to and during the review. The community was also able to voice its opposition through written evidence and participating in oral submissions, the court said.

"It appears the (Tsleil-Waututh Nation) had the opportunity to fully express its views to the NEB in respect of all of its concerns, including the impact of increased marine shipping and the fact that it was not prepared to accept any risk of a spill," says the court decision issued last week.

Further, the court adds the consultation process is still underway, as the federal government has appointed a special panel to listen to the concerns of First Nations and affected communities along the pipeline route.

The federal cabinet will determine whether the Crown breached its duty to consult before issuing a decision on the project in December. The Tsleil-Waututh may file another court challenge on the same grounds then, the court says.

The National Energy Board faced numerous criticisms of its process during the review of the Trans Mountain pipeline project, which was streamlined to meet time limits set by the previous Conservative government.

The board ditched oral cross-examination in favour of written questions and answers and limited the number of participants. However, the board has repeatedly said the process was fair and the evidence was rigorously tested.

In May, the board issued a report that recommended the government approve the $6.8-billion Alberta-to-B.C. pipeline expansion with 157 conditions.

A number of interveners have since filed legal challenges of the NEB's recommendation, including the Tsleil-Waututh Nation and the City of Vancouver, and those cases have not yet been heard.

The Tsleil-Waututh's traditional territory includes Burrard Inlet, where the pipeline expansion would increase tanker traffic seven-fold — to 34 tankers per month from five. The First Nation calls itself "The People of the Inlet."

Rueben George of the Sacred Trust Initiative, a group launched by the First Nation to oppose Trans Mountain, maintained that the NEB process was "rotten to the core."

He said his community was prepared to file another court challenge asserting its land rights and title if Prime Minister Justin Trudeau's government approves the pipeline expansion in December.

"When you have a losing streak like the fossil fuel industry has, they take a minor victory like this, a technical victory, as a victory for themselves," said George.

"I understand that, but for us, I'm not worried at all. We haven't even played our main card of our rights and title."