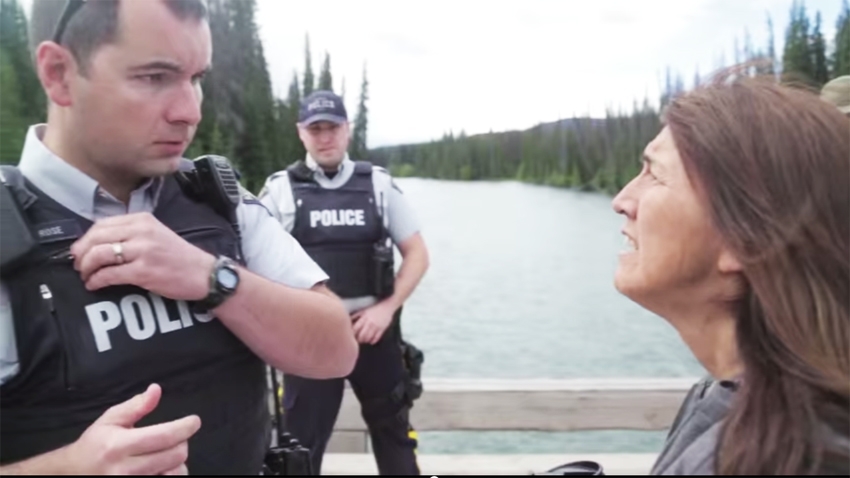 A month after the B.C. government conditionally approved a liquefied natural gas project led by Royal Dutch Shell in Kitimat, the Unist’ot’en Camp has reported escalating conflict as RCMP and the LNG industry seek access to its unceded territory.

In recent days supporters of the Unist’ot’en Camp have uploaded three videos showing clashes with RCMP and pipeline officials.

The latest recording, posted on July 26, shows TransCanada employees for the Shell project arriving in the area by helicopter. They were soon grounded by supporters who stood in the path of the rotor blades:

A July 15 video posted on YouTube shows attempts by the Mounties to pass a “checkpoint” set up by the First Nations camp, and on July 23, another video shows Chevron officials requesting access. Both were denied.

“It is becoming clear that the situation here is moving toward an escalation point,” states a July 18 letter from Unist’ot’en Camp. ”Today at one o’clock a low flying helicopter flew over the ridge line and crossed the river a couple kilometers south of the bridge,” according to the “call out” letter. “They flew low enough to take photos of activity happening at (the) bridge and our camp.” 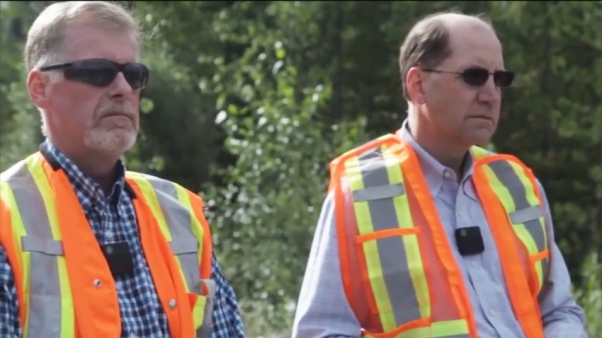 “Camp supporters blocked the RCMP from entering," reads the text in the uploaded video. "The following day, the RCMP threatened to arrest supporters at another checkpoint, but supporters built a gate.” 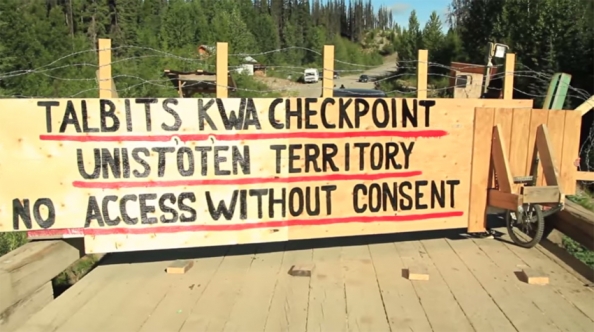 Above, a still from a video posted on YouTube.

While police at the Houston detachment have maintained that they intend to “ensure the work crews can do their work safely” and have the lawful right to arrest anyone blocking a public road, the Camp letter states, “We have made it clear to the police and industry that we are not blockading the road. We are establishing check-points on the boundaries of our unceded Unist’ot’en territories. People and companies who gain our consent are allowed to enter.” 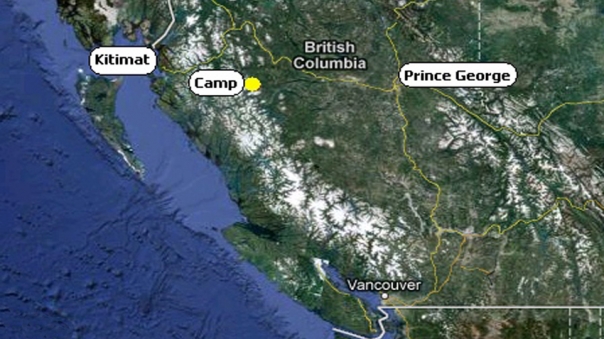 The Unist’ot’en Camp has requested “physical support from allies” as the situation escalates. This raises the spectre of another Kinder Morgan-style conflict.