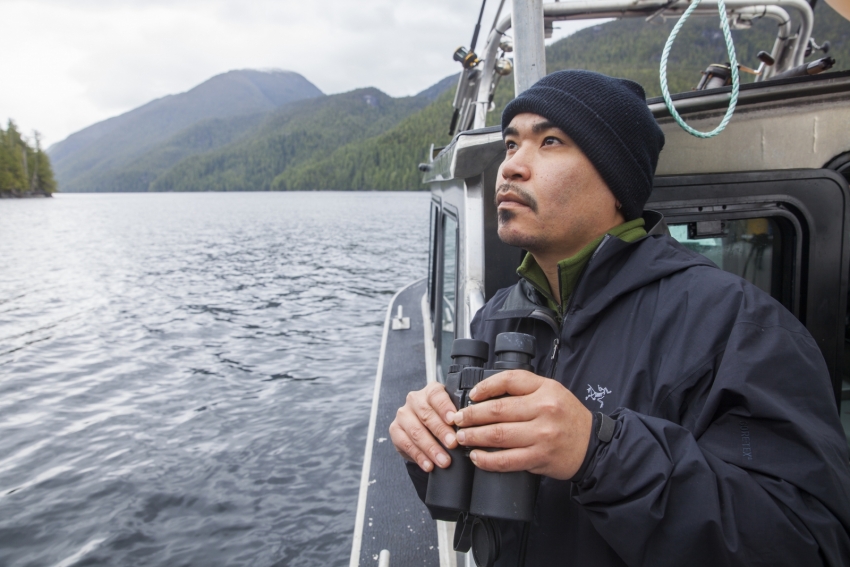 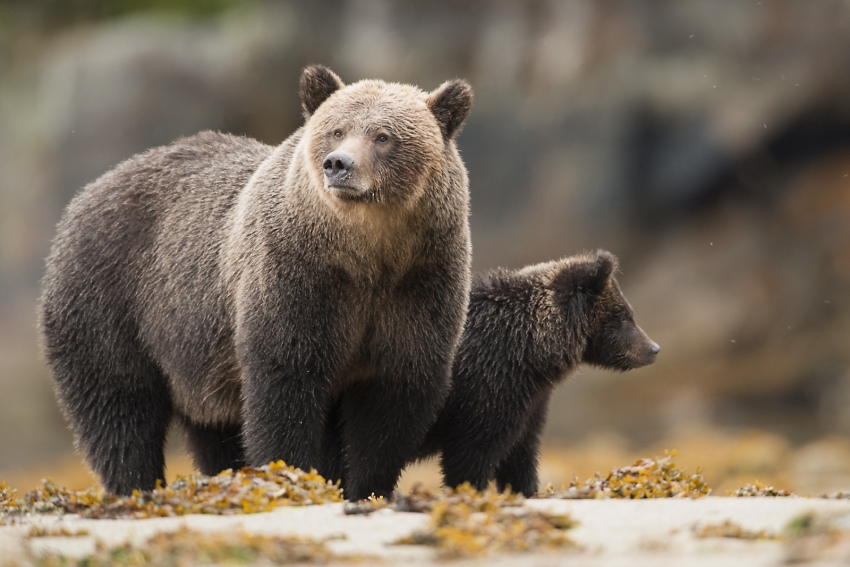 Two massive guide outfitting bear-hunt territories —one in the north and one in the south —appear to have willing sellers for the first time in years, leading to the tantalizing possibility for conservationists who envision buying the areas up to shut down the majority of the trophy hunt in the Great Bear Rainforest.

Bob Milligan, 45, owns the largest guide outfitter territory on the B.C. coast, and is in talks with the Nisga'a over selling his hunting rights.  The colossal 26,000 kilometre northern coast territory near Prince Rupert is only slightly smaller than Vancouver Island, and is teeming with grizzlies and black bears.

“The Nisga’a are involved in a possible purchase,” said Milligan from Terrace, B.C. on Monday.

"There’s been a lot of interest in retaining those rights. There are obviously those who think we shouldn’t hunt grizzlies, and there are those that do.”

If the sale is completed, it would be the one of the largest guide outfitting territories purchases by a First Nation group.

The big question is —what would the Nisga'a do with the guide hunting rights if they got them?  Foreign hunters are willing to pay $25,000 to kill a grizzly, but many Indigenous leaders and Elders find the killing of bears just for a hide or a head abhorrent.

Nisga'a hereditary chief Harry Nyce senior said the issue is "not cut and dry," but his people have not commercially hunted their own territory lands, even though they have the legal ability to kill seven grizzlies per year.

"There have been problem bears in our villages, but those tend to be taken down because of danger.  But other than that, there's no planned hunt thus far," he said by phone earlier this week.

The complicating factor, he noted, is the Milligan hunting territory touches upon Gitga'at Nation, which supports a coastal trophy hunting ban.

The province wouldn't comment on the Milligan licence, but said it has received an "application for the transfer of a guide territory certificate that covers areas on the North Coast" and no final decision has been made.

The second largest guide outfitter hunt territory up for grabs is Peter Klaui’s on the southern coast — an 18,000 square kilometre area on the B.C. mainland, opposite Vancouver Island.

The 65-year-old owner, with North Shore Adventures, says he's close to retirement, and would sell out even to "anti-trophy hunting" groups for the right price.

"So, here’s the opportunity for all the bleeding hearts that don’t like hunting,” said Klaui earlier this week.

"If they want to get rid of hunting on the coast of British Columbia, all they have to do is cut a cheque.”

"But, it will be a very expensive proposition for them,” he added.

Already, 48 per cent of the Great Bear Rainforest has become effectively off limits to trophy hunting, following the landmark 2005 purchase of a central coast hunting territory by Raincoast Conservation Foundation and Coastal First Nations.  The massive area is shown in green in the map below. 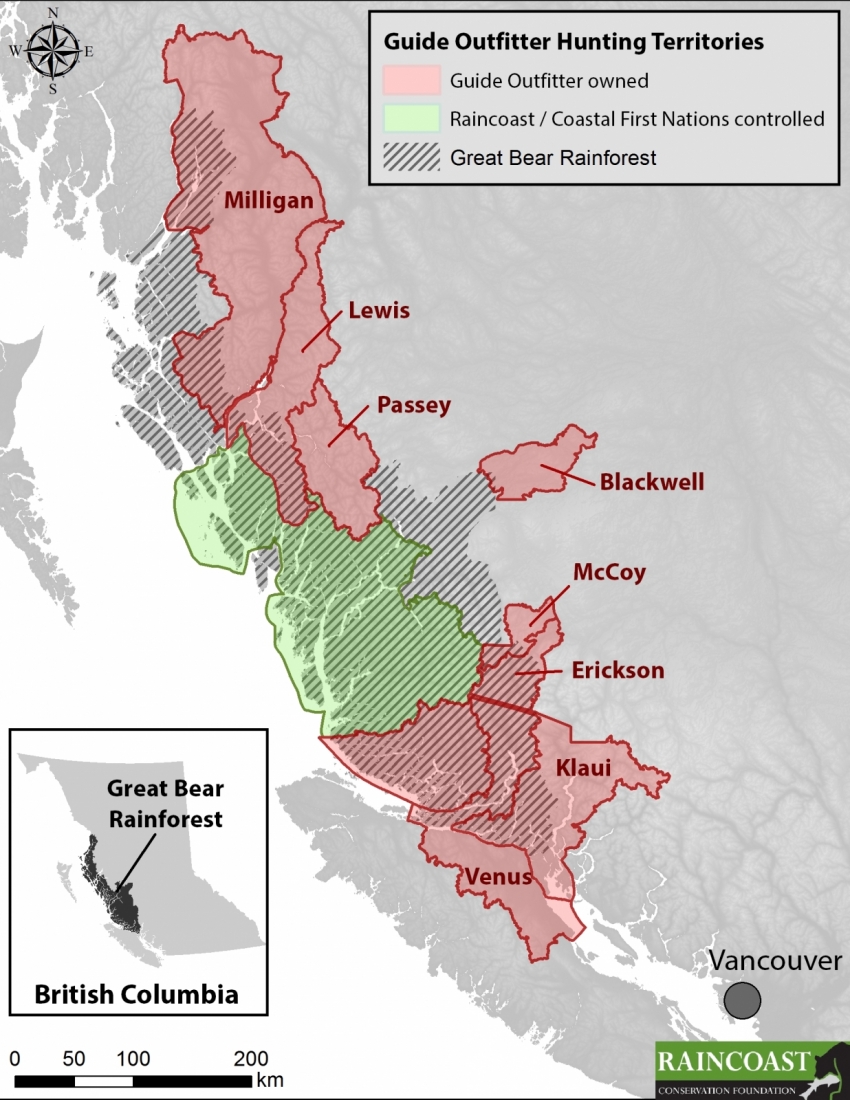 The new owners are required to still "hunt" but they don't actually kill anything.  Each year, they invite high-paying nature-loving clients to get in a boat with a guide with a rifle, find bears, and then not shoot them, in order to meet the legal requirements of the licence. 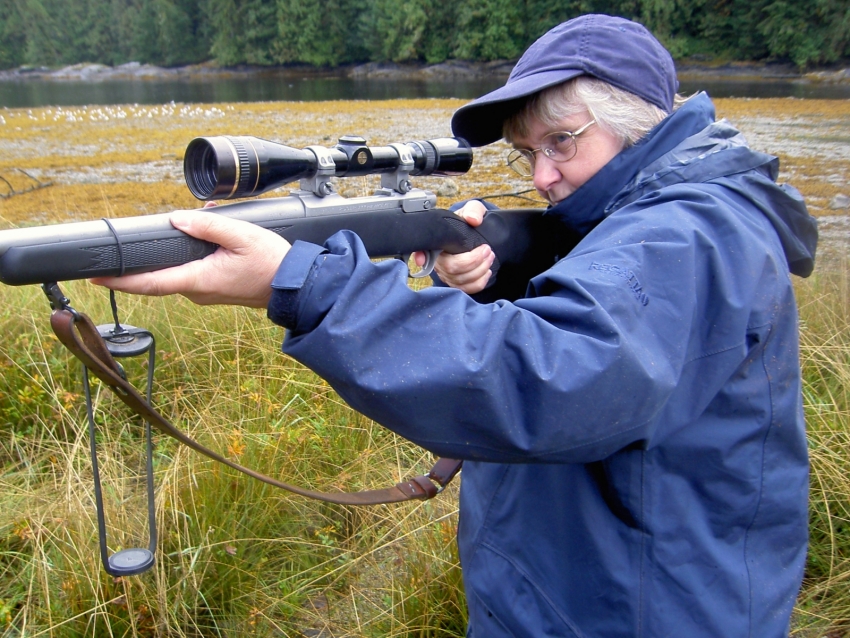 U.K. retiree Dianne Bradshaw saves every pound sterling she can to journey to Canada to participate in the charade.

"One of my very special experiences is to sit in silence and watch a grizzly, black, or rare spirit bear going about its own business in its own habitat," she wrote from England.

"I know that this is a privilege most people in the world will never experience, and I feel it a great honour to be allowed to be on a bear 'hunt.'"

Coastal First Nations leader Art Sterritt admits it's all a bit of a show to keep the hunt licence.

"So we’ve had to demonstrate to the province that we’re actually hunting, while at the same we’re saying, ‘we’re not very good hunters, because we haven’t shot any animals,’” he laughed, earlier this month.

There are now only eight remaining guide outfitting territories that overlap the Great Bear Rainforest (shown in red on the map.)  The certificate holders' names are also shown.

If the Milligan and Klaui territories were sold to those seeking to retire the trophy hunts, the protection of the Great Bear Rainforest rises from 49 per cent to 81 per cent.

The Guide Outfitters Association of B.C. said it welcomes First Nations ownership in the industry, and believes guide outfitting and eco-tourism businesses can co-exist.  But if conservation-minded groups want to buy up guided territories, then they should.

“I don’t see any legislation or regulation that will stop them from not hunting bears if that is there decision."

News of the the two owners' willingness to sell their guide territories comes as the province and First Nations enter delicate negotiations to conclude the Great Bear Rainforest agreements, that have been two decades in the making.  The talks include efforts to initiate ecosystem management across the coastal region's four million hectares, concurrent with the goal of "human well being."

In these negotiations, Coastal First Nations are urging the province to respect its trophy hunting ban.  They say the hunt is harmful to community efforts to build eco-tourism and bear watching businesses.

Interview with Doug Neasloss with the Coastal Guardian Watchmen program near Klemtu in April.  Video by Mychaylo Prystupa.

So far though, the province has only proposed to protect grizzly habitat, but not the bears themselves.  And the demand for a trophy hunting ban has long been rejected by the BC Liberals, which have long supported a trophy hunting economy.

That's why some at Coastal First Nations are seeking assurances that if they at least buy up guide hunting territories in order to retire them, that they'll stay protected.