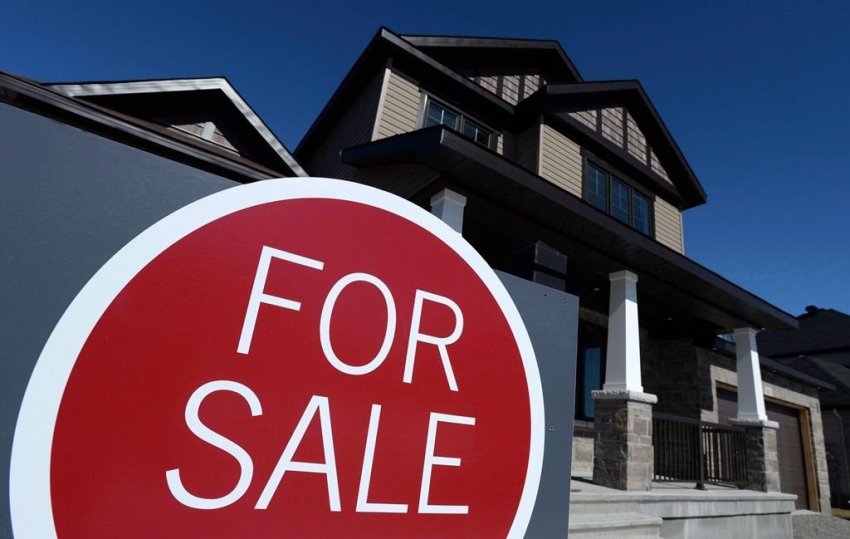 The head of the federal housing agency is raising a red flag about the state of Canada's real estate sector, saying affordability concerns have spilled over from the country's two most expensive cities to nearby markets.

In an opinion piece published Monday in the Globe and Mail, CMHC CEO Evan Siddall says the agency will raise its overall risk rating for the national housing market to "strong" from "moderate" for the first time when it issues its housing market assessment on Oct. 26.

"CMHC has recently observed spillover effects from Vancouver and Toronto into nearby markets. These factors ... will cause us to issue our first 'red' warning for the Canadian housing market as a whole."

Siddall said high levels of debt combined with rising house prices are often followed by contractions in the economy.

"The conditions we now observe in Canada concern us," he wrote.

Until now, stress tests were not required for fixed-rate mortgages longer than five years.

The federal government is making the change to try to stabilize the country's housing markets, particularly in Toronto and Vancouver where prices have soared.

Siddall said he supports the measure, even though it will cut into the purchasing power of some first-time buyers.

See more
In Canada, dream of home ownership not so much far-flung as just far away
'It's crazy today' as mortgage brokers see flurry of business ahead of new rules

Evidence of overvalued home prices grows in a number of markets: CMHC