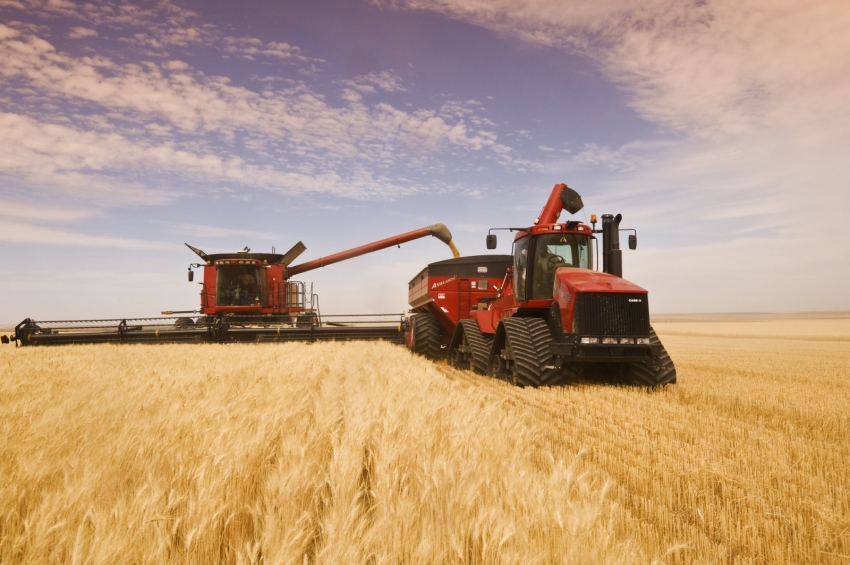 Drought and extreme heat slashed global cereal harvests between 1964 and 2007 – and the impact of these weather disasters was greatest in North America, Europe and Australasia, according to a new study published in Nature led by UBC and McGill University researchers.

At a time when global warming is projected to produce more extreme weather, the study provides the most comprehensive look yet at the influence of such events on crop area, yields and production around the world.

“But until now, we did not know exactly how much global production was lost to such extreme weather events, and how they varied by different regions of the world.”

The researchers analyzed national production data from the UN’s Food and Agriculture Organization for 16 cereals in 177 countries. They also examined 2,800 international weather disasters from 1964 to 2007.

Findings indicated that cereal harvests decreased by nine per cent to 10 per cent on average due to droughts and extreme heat. The impact from droughts also grew larger in more recent years. 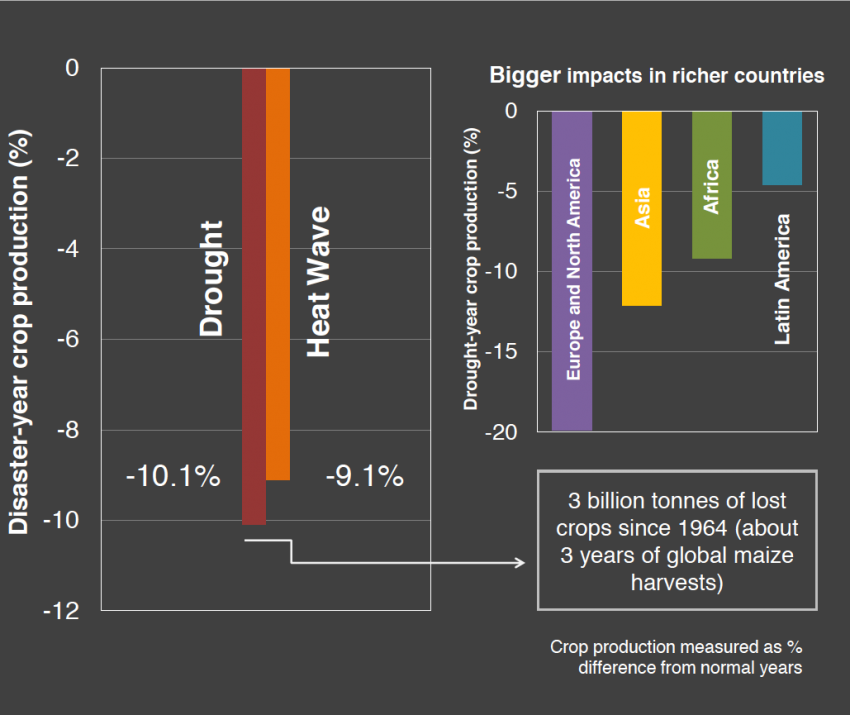 Production levels in North America, Europe and Australasia dropped by an average of 19.9 per cent because of droughts – roughly double the global average.

“Across the breadbaskets of North America, the crops and methods of farming are very uniform across huge areas, so if a drought hits in a way that is damaging to those crops, they will all suffer,” said first author Corey Lesk, a recent graduate of McGill’s Department of Geography. “By contrast, in much of the developing world, crop systems are a patchwork of small fields with diverse crops. If a drought hits, some of those crops may be damaged, but others may survive.”

The analysis did reveal a bright side: the extreme weather events had no significant lasting impact on agricultural production in the years following the disasters.

“Our findings may help guide agricultural priorities and adaptation efforts, to better protect the most vulnerable farming systems and the populations that depend on them,” said Ramankutty.