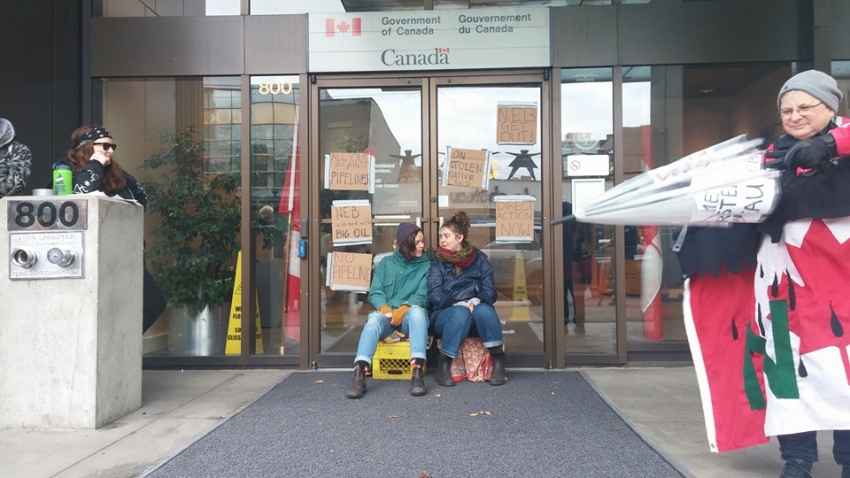 Some 25 activists led by 350Vancouver marched through the downtown core up to the regional office of the National Energy Board, where they presented a “People’s Injunction” notice. The document demands the suspension or cancellation of the upcoming Kinder Morgan pipeline hearings.

Organizers say that the hearings, which start on January 19, will mark the breaking of a key campaign promise by Prime Minister Justin Trudeau to overhaul Stephen Harper’s pipeline reviews.

“You can’t fix a broken car while it’s driving, just like this government can’t rebuild Canada’s environmental regulations while still putting pipelines through Stephen Harper’s reviews,” said Claris Figueira, one of the leaders of the protest. 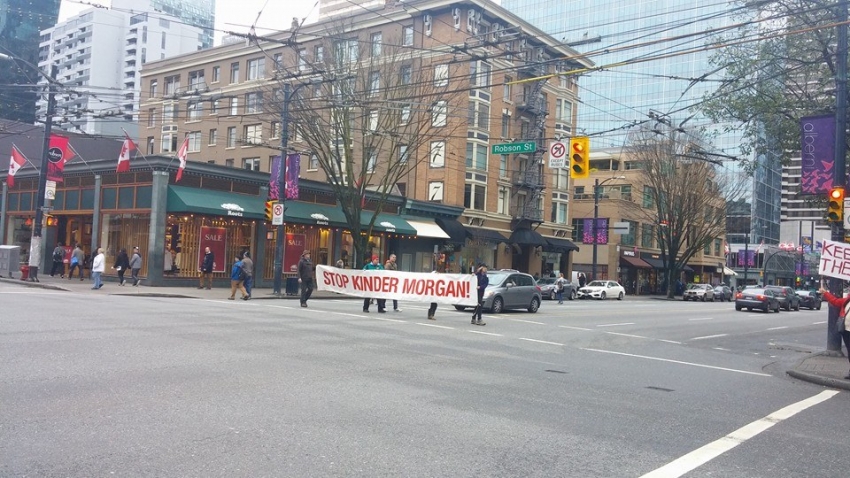 In a press release, the local chapter of the environmental organization 350 said that the NEB refused to send out a representative to accept the injunction and respond to the organizers’ demands .

“If this government is going to meet commitments like a 1.5ºC climate limit or the implementation of the United Nations Declaration on the Rights of Indigenous Peoples, they can’t continue to review pipelines with no consideration of the climate impacts or the rights of Indigenous peoples,” exclaimed Cameron Fenton, the tar sands organizer for the group. “That’s why we’re calling for the suspension or cancellation of these reviews, because it’s 2016, and we need legitimate reviews and a government that keeps it’s climate promises.”

The action is part of a national mobilization effort calling on the federal government to cancel or suspend the NEB reviews of both the Energy East pipeline and the Kinder Morgan Trans-Mountain pipeline, as National Observer has reported.

While the injunction was being served, some of the protesters chained themselves to the doorway of the building to "lock out" the NEB for four hours.

"This is an invitation to step up your game."