Webb said he didn't want to comment on the election in the U.S., where some racially-charged rhetoric has been a feature of candidates like Donald Trump. Webb said he was leaving the election in "God's hands," but suggested that candidates one side of the house was "semi-okay" with people like himself, while the other side was "not okay" at all.

As the march began, Richard Vedan, professor emeritus at the University of British Columbia and member of the Shuswap First Nation, gave a speech urging participants to remember those who still struggle for equality in Canada.

"For our brothers and sisters in the Downtown Eastside, who are in harm's way for different reasons — in their mind, in their spirit, in their bodies," he said, at the opening of the march.

"Stories like Attawapiskat only come to attention when things reach a crisis—and I was very disappointed with former Prime Minister Jean Chretien's response that these people simply have to move,"  Vedan told Vancouver Observer during the march.

Referencing a Union of B.C. Indian Chiefs documentary called The Land is the Culture, Vedan explained that land for First Nations was essential to maintaining identity and culture.

He felt attitudes toward Indigenous peoples — who rank 72nd in the UN quality of life index — had to change through awareness of the inequality that remains out of sight for many Canadians. 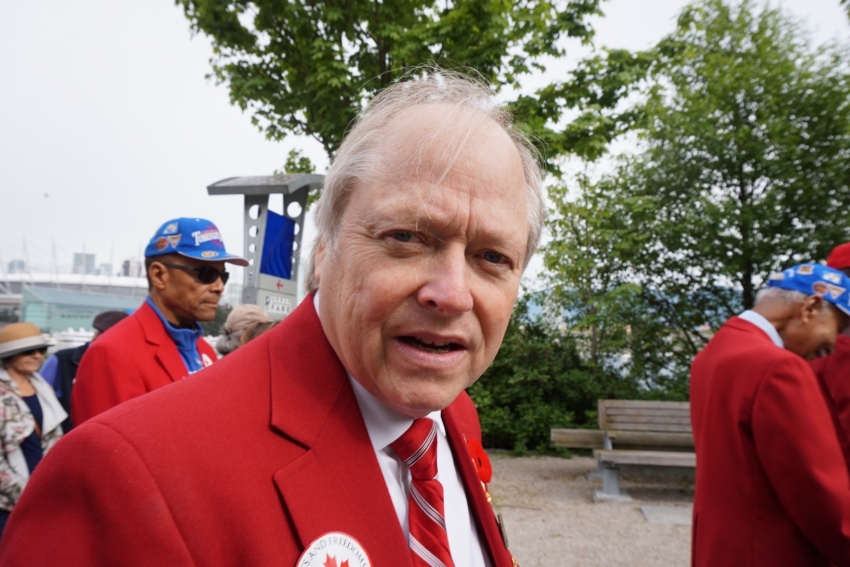 Don Chapman, a citizenship advocate who first launched the Rights and Freedoms March in Canada, feels people still don't recognize how much discrimination

"Canadians have to recognize that equal rights are really important. We've got a whole lot of things to fess up to," he said.

Chapman has supported civil rights activities over decades, and helped hundreds of thousands of legitimate Canadians regain  citizenship right through his advocacy work. In particular, he helped the federal government implement legislative changes around the Lost Canadians, who were denied or stripped of citizenship due to discriminatory provisions of outdated laws in Canada that punished people based on factors like race, gender, birthplace and marital status.

"Gaining a right is 100 times harder than losing a right. We noticed that in the last nine years, where the federal government was taking rights away without Canadians even noticing.

Chapman urged the Liberal government to "bring back equal rights in citizenship law," and highlighted Bill C-6, which was introduced to revoke a provision of the existing law that allowed dual citizens to be stripped of their Canadian citizenship if convicted of terrorism or other crimes against the country.

Although the bill was intended to counter previous legislation introduced by the Conservative government, Chapman says it's not comprehensive enough to create real equality.